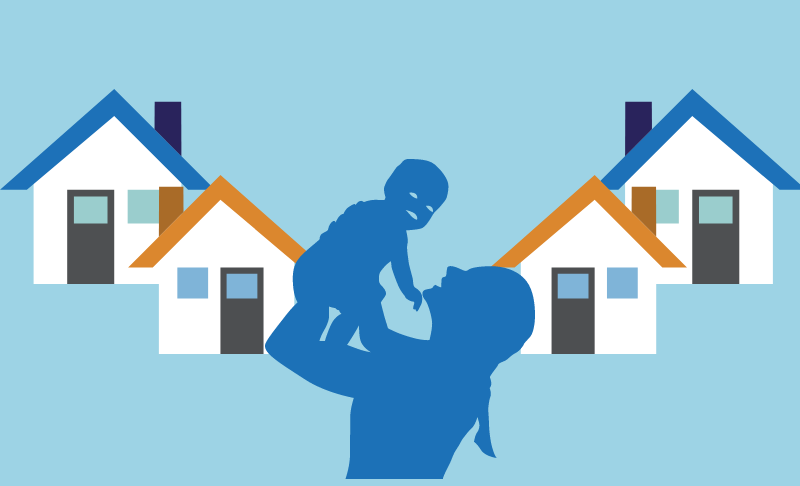 ANN ARBOR—Increasing the Earned Income Tax Credit helps low-income single mothers improve their housing outcomes as they are less likely to live in crowded households and more likely to live independently, according to a University of Michigan study.

The research shows that a $1,000 increase in EITC benefits reduced the share of a single mom living in someone else’s home by about 6 percentage points. It also leads to a 9.4 percentage-point increase in the likelihood of mothers being named on their own lease or mortgage—an indicator that single moms are residing in more stable living arrangements.

“Our study moves beyond traditional housing policies to think about how other policies, and in particular refundable tax credits like the EITC, might be able to improve the housing situation of low-income families,” said Natasha Pilkauskas, assistant professor at the U-M Ford School of Public Policy and lead author of the study.

Housing affordability in the United States has declined over the last 15 years, impacting the housing and living arrangements of low-income families.

Previous research has shown that housing subsidies for low-income renters, such as housing choice vouchers, are effective at improving housing outcomes. However, only about 24% of the 19 million eligible households receive assistance, and wait lists for housing assistance are frequently two to three years long.

Pilkauskas and colleague Katherine Michelmore of Syracuse University examined the impact of the largest anti-poverty program in the U.S.—the EITC—on housing evictions, homelessness and living arrangements of low-income families.

The EITC, which began in 1975 as a temporary credit and was made permanent in 1978, has been expanded a number of times over the last few decades. It is meant for low-income workers and intended to offset payroll tax contributions. The credit is fully refundable, which means that households with no tax liability can still receive the credit in the form of an income tax refund. Many states also have EITC.

“If you pay too much in rent, it can be hard to make ends meet,” she said. “The rule of thumb is that it is generally good to pay less than 30% of your income in rent—but in our study, half of mothers paid more than 50% of their earnings on rent. Increasing the EITC by $1,000 reduced severe housing cost burdens by 5 percentage points.”

Pilkauskas said, however, that the EITC is not an effective way of addressing homelessness or eviction.

“This finding is not as surprising as many people who experience homessness are not employed and thus would not be eligible for the EITC,” she said. “Our research suggests that further expansions to the EITC could help improve housing outcomes for low-income families with children.”

The study is published online and is forthcoming in Demography.