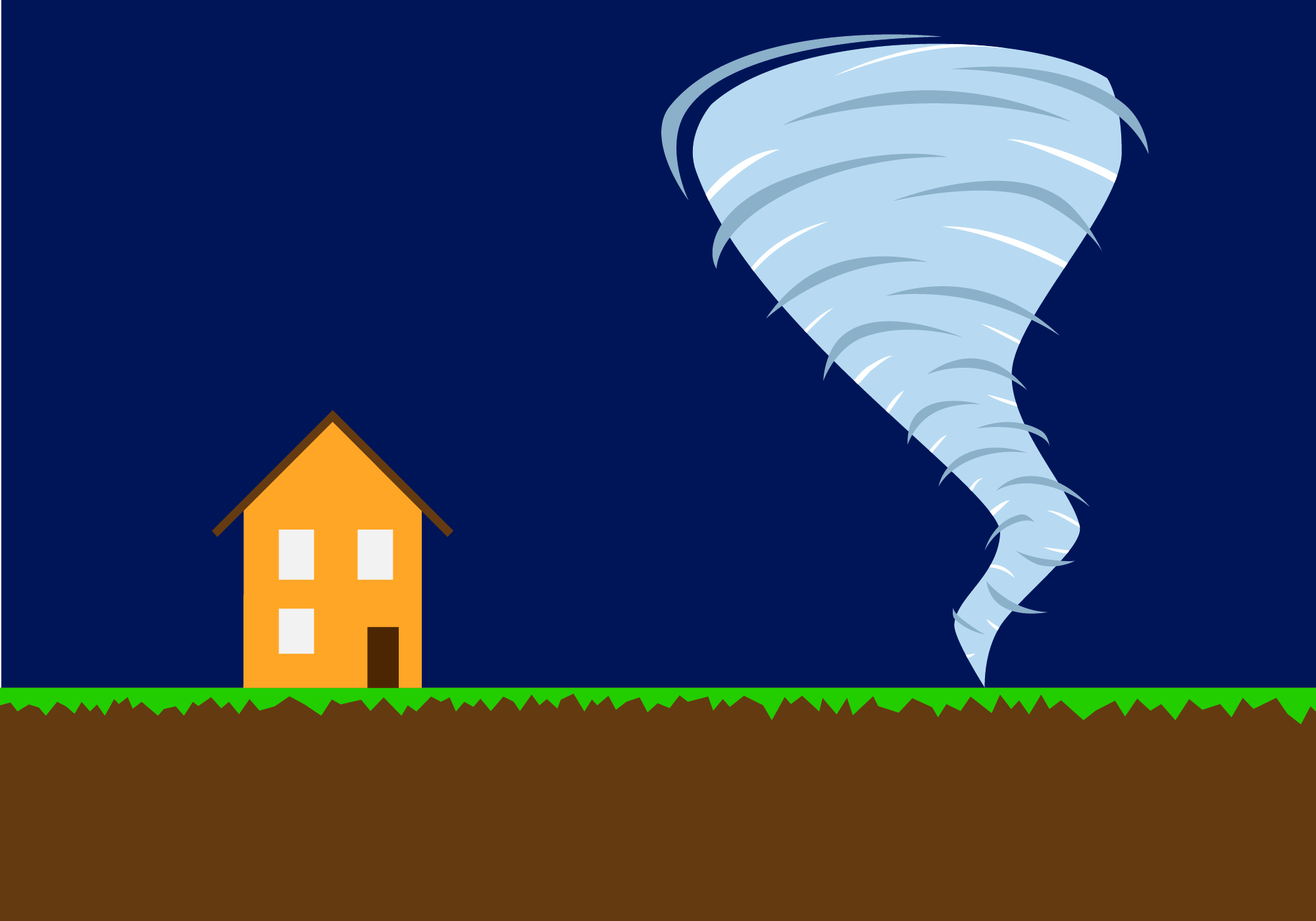 Illustration of a tornado approaching a home. Image credit: Nathanael RiegerANN ARBOR—Devastation from natural disasters large and small take lives and destroy property, and new research shows they can have lasting negative economic effects on communities.

Building a data set of the more than 5,000 natural disasters in the United States from 1920 to 2010 using county-level data from the American Red Cross and the Federal Emergency Management Agency, they discovered that it takes a major disaster to push people out of their communities.

“Climate change is expected to increase the number and severity of natural disasters, so it’s important to understand how they affect the economy,” said Paul Rhode, an economics professor at the University of Michigan College of Literature, Science and the Arts and co-author of the study.

Lower demand to live in an area due to persistent natural disasters leads to falling rents and acts as a poverty magnet, they said. This dynamic is particularly apparent in areas that face high disaster risk or that lack other productivity advantages.

The total number of declared disasters has no effect on local housing prices and rents,
despite encouraging a mild amount of net out-migration. Yet, the occurrence of a super-severe disaster lowers housing prices by 6 percent and rents by 3 percent.

While each declared disaster slightly reduces area poverty, the occurrence of a super-severe disaster increases the local poverty rate by 1.1 percentage points.

“Outflows in response to natural disasters were higher in recent decades, despite the advent of FEMA, perhaps because disaster events have been accelerating over time,” Rhode said.

Disasters are prevalent throughout Florida and on the Gulf of Mexico, an area typically wracked by hurricanes; in New England and along the Atlantic seaboard, locations battered by winter storms; in the Midwest, a tornado-prone region; and along
the Mississippi River, an area subject to recurrent flooding.

There are comparatively few disasters in the West, with the exception of California, which is affected primarily by droughts and fires. The paucity of disaster declarations in the Mountain West suggests that having a disaster declaration is correlated with county population.

When a county had one more disaster that the mean, its out-migration rate rose by 1 percentage point. Volcanos, hurricanes and forest fires spurred the highest migration.
The effect of one super-severe disaster is twice as large as the response to the average disaster.