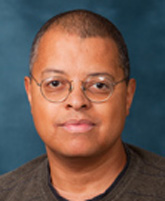 Voters will have their voices heard during Tuesday’s midterm elections. Walter Mebane, professor of political science and statistics at the University of Michigan, is an expert on election forensics, a field devoted to using statistical methods to determine whether the results of an election accurately reflect the intentions of the electors.

Q: Describe your work involving the elections forensic toolkit and its importance in today’s elections (both nationally and globally).

Mebane: Most elections produce correct results, and I like to frame the agenda of election forensics positively. A more pessimistic expression is to say that election forensics uses statistical methods to detect election frauds. My research studies whether statistical methods can accomplish this. Many methods are used, including sometimes by me, but the conditions in which they support making correct diagnoses of what happened in an election are unclear. The most profound challenge is that what may appear to be the result of frauds may actually be produced by the kinds of strategic behavior that is the stuff of politics. So frauds may not have occurred or frauds may hide behind what appears to be normal.

The toolkit website is an offshoot of my long-term project on election forensics. USAID funded development of the toolkit, and USAID was especially interested in the “Guide to Election Forensics” that Allen Hicken and I also produced as part of the same grant. I use the toolkit in my undergraduate class Election Forensics (PS 485). I’ve used it with data folks from around the world have on occasion sent me, and others have used the toolkit without consulting me. The toolkit implements several methods that at the time I thought should be seriously considered when doing an election forensics analysis. I and others continue to develop new methods, so the suite of credible techniques available to use now is larger than the set included in the toolkit.

Some of the things mentioned might be illegal or considered frauds in some places but not in others. In any case, to discover what really happened investigations are needed that go beyond what a statistical analysis of vote counts can do. An election forensics analysis can enhance or challenge the legitimacy of an election outcome. I’ve seen both happen, in different places.

Q: Can voters trust that their votes will actually be counted and not be involved in what some might believe is a “rigged” election?

Mebane: In the United States right now, voters face diverse voting technologies, depending on where they are. Some states have systems that use well curated paper ballots administered by honest and professional officials. Others not. Many places are somewhere in the middle. So far, there is no evidence that vote tallies have been manipulated in federal elections, and there is some evidence from a few jurisdictions that vote tallies have not been manipulated. Every now and then there are successful prosecutions for vote buying, absentee ballot frauds or other corrupt and consequential acts, but these have concerned state or local elections. Ideally, voters would best be advised to trust but verify: verify the record of their own votes on paper, then attend to whether a public risk-limiting audit confirms the official result. But that’s not possible everywhere.

Q: There have been occasional mentions by candidates, media, voters and experts about hacked voting machines. Should the U.S. require all states to have paper trails for electronic touchscreen voting machines?

Mebane: Having the official record of votes be on voter-verifiable paper ballots would be good everywhere. Nowhere should an election result ultimately depend on electronic technology. It’s not easy to say “the U.S. should require” anything about our elections because of American federalism: each state has constitutional authority over the elections that involve the state’s citizens.

Q: How does the U.S. compare to other countries in terms of having fewer problems at the polls?

Mebane: Many countries (like Russia) have “election-type events” that are not really competitive elections. U.S. elections are genuinely competitive. Many countries have elections that have competitive aspects but are seriously titled by sanctions against opposition (parties are banned, candidates are jailed, voter lists are manipulated, etc.). Some of that happens sporadically in the U.S., but usually not.

An election I studied last year in Kenya appeared to have problems according to my election forensics analysis, and that election was annulled by the Supreme Court because of irregularities. It’s an intricate discussion to say how what I saw connects with what the Kenyan court focused on. In Honduras last year, I saw one of the few elections I’ve studied where the number of apparently fraudulent votes was bigger than the margin of victory. I’ve seen nothing like that in the U.S. For instance, I (with a colleague) looked in detail at data from the 2016 presidential election in Wisconsin and Michigan, exploiting information from the recounts in those states, and I found no reason to doubt the results in Wisconsin. In Michigan, there were also no signs of problems, but recount data did not cover the whole state.

Other U-M experts who can comment on midterm elections: myumi.ch/a8b3G