❤️ emojis? So does the rest of the world

, except the French, who prefer

, according to a new study of global emoji usage.

Researchers at the University of Michigan and Peking University analyzed 427 million messages from nearly 4 million smartphone users in 212 countries and regions to see if emoji use was universal or differed based on user location and culture.

They used a popular input method app—Kika Emoji Keyboard—made available in 60 languages. The team’s results are believed to be the first large-scale analysis of emoji usage.

“Emojis are everywhere. They are becoming the ubiquitous language that bridges everyone across different cultures,” said Wei Ai, a doctoral student at the U-M School of Information and one of the lead authors of this study.

Ai and colleagues found that

is the most popular emoji, comprising 15.4 percent of the total symbols in the study.

are the second- and third-most used ones. 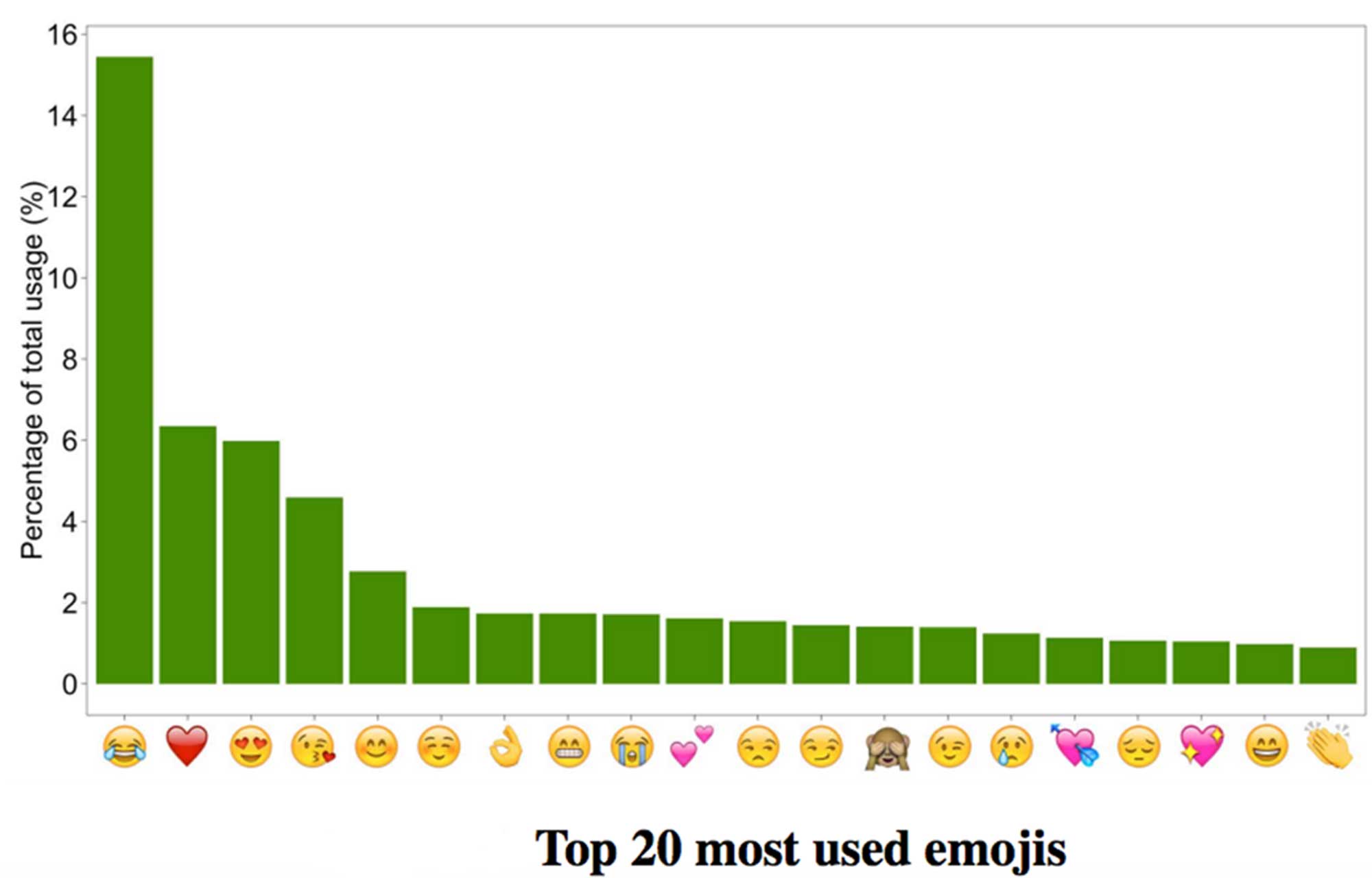 According to the findings, the French love using an emoji the most, with nearly 20 percent of messages including at least one symbol, followed by Russians and Americans. In line with perceptions of the culture, the romantic French embrace icons associated with hearts, while users from other countries prefer emojis related to faces.

The researchers also explored other cultural preferences in using emojis. Countries with high levels of individualism, like Australia, France and the Czech Republic, overwhelmingly use more happy emojis, they said.

Countries where ties between individuals are integrated and tight, like Mexico, Chile, Peru and Colombia, use more emojis expressing sadness, anger and negative feelings. 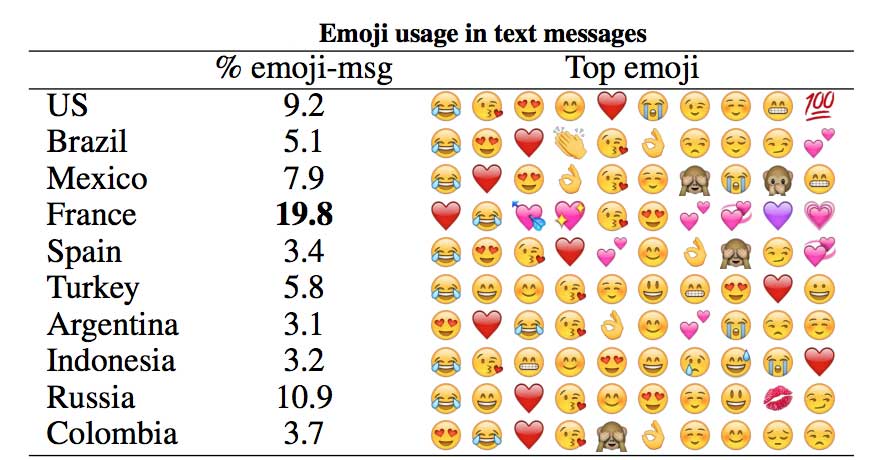 Contrary to their perceptions as high-indulgent cultures, countries like Mexico, Colombia, Chile and Argentina do not use more positive emojis expressing happiness. Instead, the study found that they are more likely to use negative symbols, in comparison to cultures known for restraint and self-discipline, like Turkey, France and Russia.

“Our report shows that users from different countries can have various preferences to use emojis,” said Qiaozhu Mei, associate professor at the U-M School of Information. “The rank of emojis shown in the input methods should be country-aware to users.”

The study was published at the Ubicomp 2016 conference. Additional authors include Xuan Lu, Xuanzhe Liu and Gang Huang of Peking University and Ning Wang of Xinmeihutong Inc.