Entropy can lead to order, paving the route to nanostructures 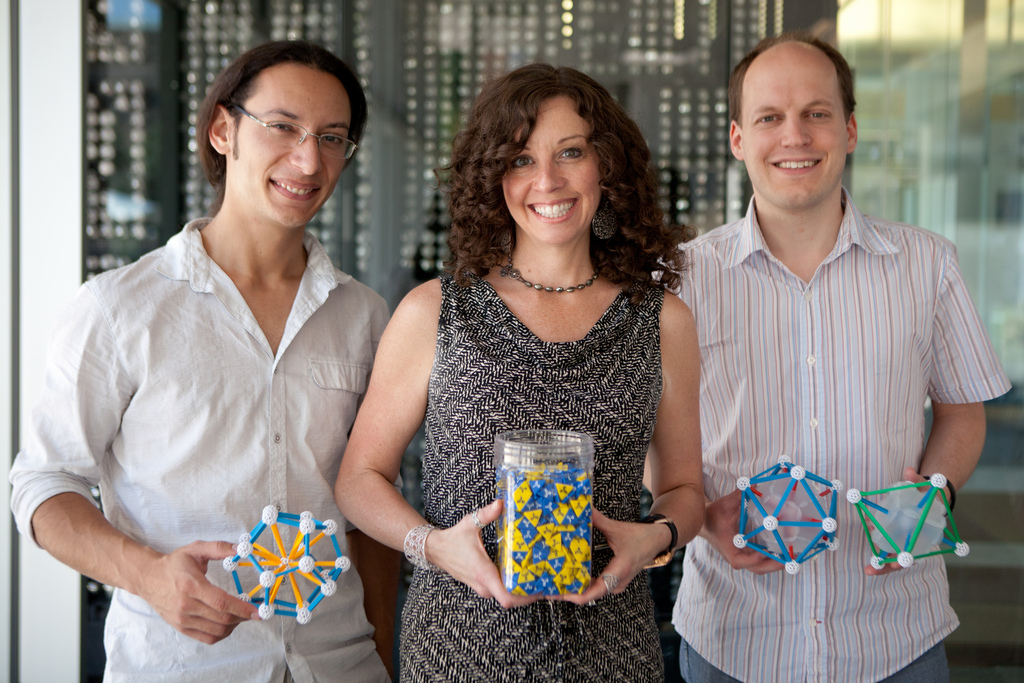 Computer simulations by University of Michigan researchers Pablo Damasceno, Sharon Glotzer, and Michael Engel have shown how entropy can nudge nanoparticles into organized structures. They can even predict what kinds of structures will form. Image credit: Laura RudichANN ARBOR—Researchers trying to herd tiny particles into useful ordered formations have found an unlikely ally: entropy, a tendency generally described as “disorder.”

Computer simulations by University of Michigan scientists and engineers show that the property can nudge particles to form organized structures. By analyzing the shapes of the particles beforehand, they can even predict what kinds of structures will form.

The findings, published in this week’s edition of Science, help lay the ground rules for making designer materials with wild capabilities such as shape-shifting skins to camouflage a vehicle or optimize its aerodynamics.

Physicist and chemical engineering professor Sharon Glotzer proposes that such materials could be designed by working backward from the desired properties to generate a blueprint. That design can then be realized with nanoparticles—particles a thousand times smaller than the width of a human hair that can combine in ways that would be impossible through ordinary chemistry alone.

One of the major challenges is persuading the nanoparticles to create the intended structures, but recent studies by Glotzer’s group and others showed that some simple particle shapes do so spontaneously as the particles are crowded together. The team wondered if other particle shapes could do the same.

“We studied 145 different shapes, and that gave us more data than anyone has ever had on these types of potential crystal-formers,” Glotzer SAID. “With so much information, we could begin to see just how many structures are possible from particle shape alone, and look for trends.”

Left to their own devices, drifting particles find the arrangements with the highest entropy. That arrangement matches the idea that entropy is a disorder if the particles have enough space: they disperse, pointed in random directions. But crowded tightly, the particles began forming crystal structures like atoms do—even though they couldn’t make bonds. These ordered crystals had to be the high-entropy arrangements, too. 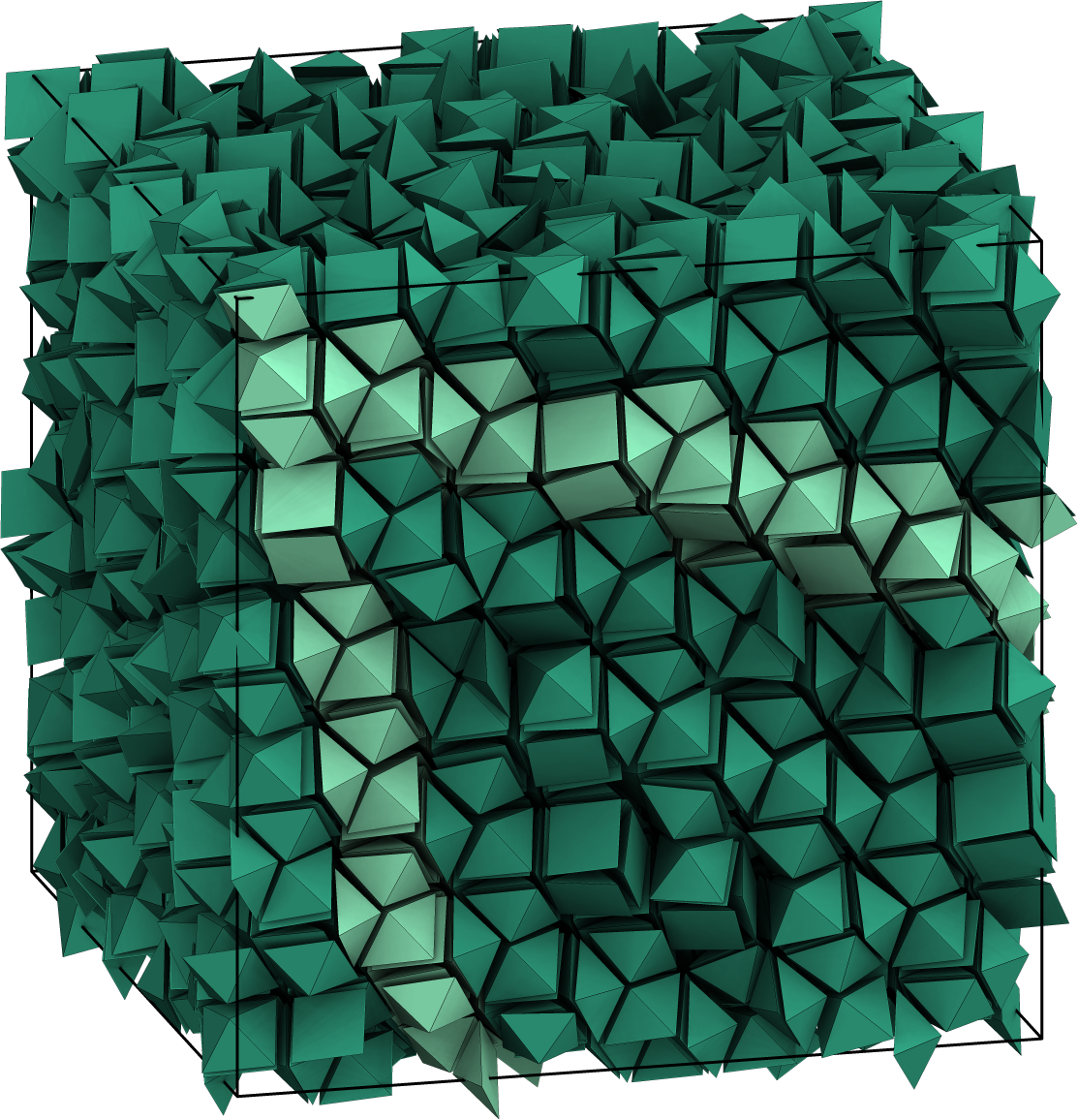 Shapes can arrange themselves into crystal structures through entropy alone, new research from the University of Michigan shows. Image credit: P. Damasceno, M. Engel, S. GlotzerGlotzer explains that this isn’t really disorder creating order—entropy needs its image updated. Instead, she describes it as a measure of possibilities. If you could turn off gravity and empty a bag full of dice into a jar, the floating dice would point every which way. However, if you keep adding dice, eventually space becomes so limited that the dice have more options to align face-to-face. The same thing happens to the nanoparticles, which are so small that they feel entropy’s influence more strongly than gravity’s.

“It’s all about options. In this case, ordered arrangements produce the most possibilities, the most options. It’s counterintuitive, to be sure,” Glotzer said.

The simulation results showed that nearly 70 percent of the shapes tested produced crystal-like structures under entropy alone. But the shocker was how complicated some of these structures were, with up to 52 particles involved in the pattern that repeated throughout the crystal.

The particle shapes produced three crystal types: regular crystals like salt, liquid crystals as found in some flat-screen TVs and plastic crystals in which particles can spin in place. By analyzing the shape of the particle and how groups of them behave before they crystallize, Damasceno said that it is possible to predict which type of crystal the particles would make.

“The geometry of the particles themselves holds the secret for their assembly behavior,” he said.

Why the other 30 percent never formed crystal structures, remaining as disordered glasses, is a mystery.

“These may still want to form crystals but got stuck. What’s neat is that for any particle that gets stuck, we had other, awfully similar shapes forming crystals,” Glotzer said.

In addition to finding out more about how to coax nanoparticles into structures, her team will also try to discover why some shapes resist order.

This research was supported by the U.S. Department of Defense, and the Deutsche Forschungsgemeinschaft (M.E.). The paper is titled “Predictive Self-Assembly of Polyhedra into Complex Structures.