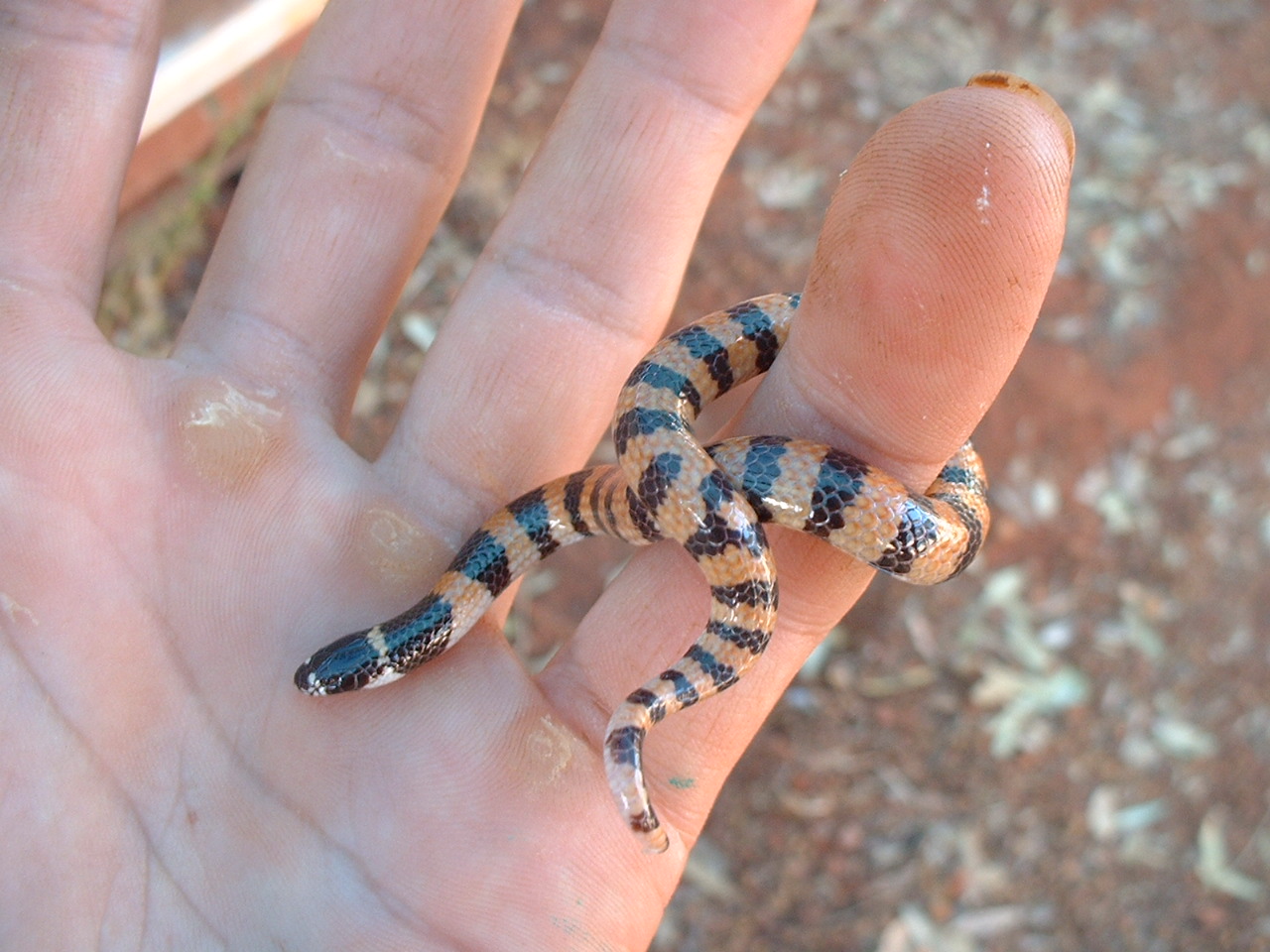 This banded snake is a small and harmless Australian species that lives in sand dunes and feeds almost exclusively on small lizards. Image credit: Daniel RaboskyANN ARBOR—On opposite sides of the globe over millions of years, the snakes of North America and Australia independently evolved similar body types that helped them move and capture prey more efficiently.

Snakes on both continents include stout-bodied, highly camouflaged ambush predators, such as rattlesnakes in North America and death adders in Australia. There are slender, fast-moving foragers on both continents, as well as small burrowing snakes.

This independent evolution of similar body forms in response to analogous ecological conditions is a striking example of a phenomenon called convergence. Yet despite similarities in outward appearance, a new University of Michigan study shows that look-alike snakes from the two continents differ dramatically in at least one major attribute: diet.

“Most biologists tend to assume that convergence in body form for a group of organisms implies that they must be ecologically similar,” said U-M evolutionary biologist Daniel Rabosky. “But our study shows that there is almost no overlap in diet between many of the snakes that are morphologically very similar.” 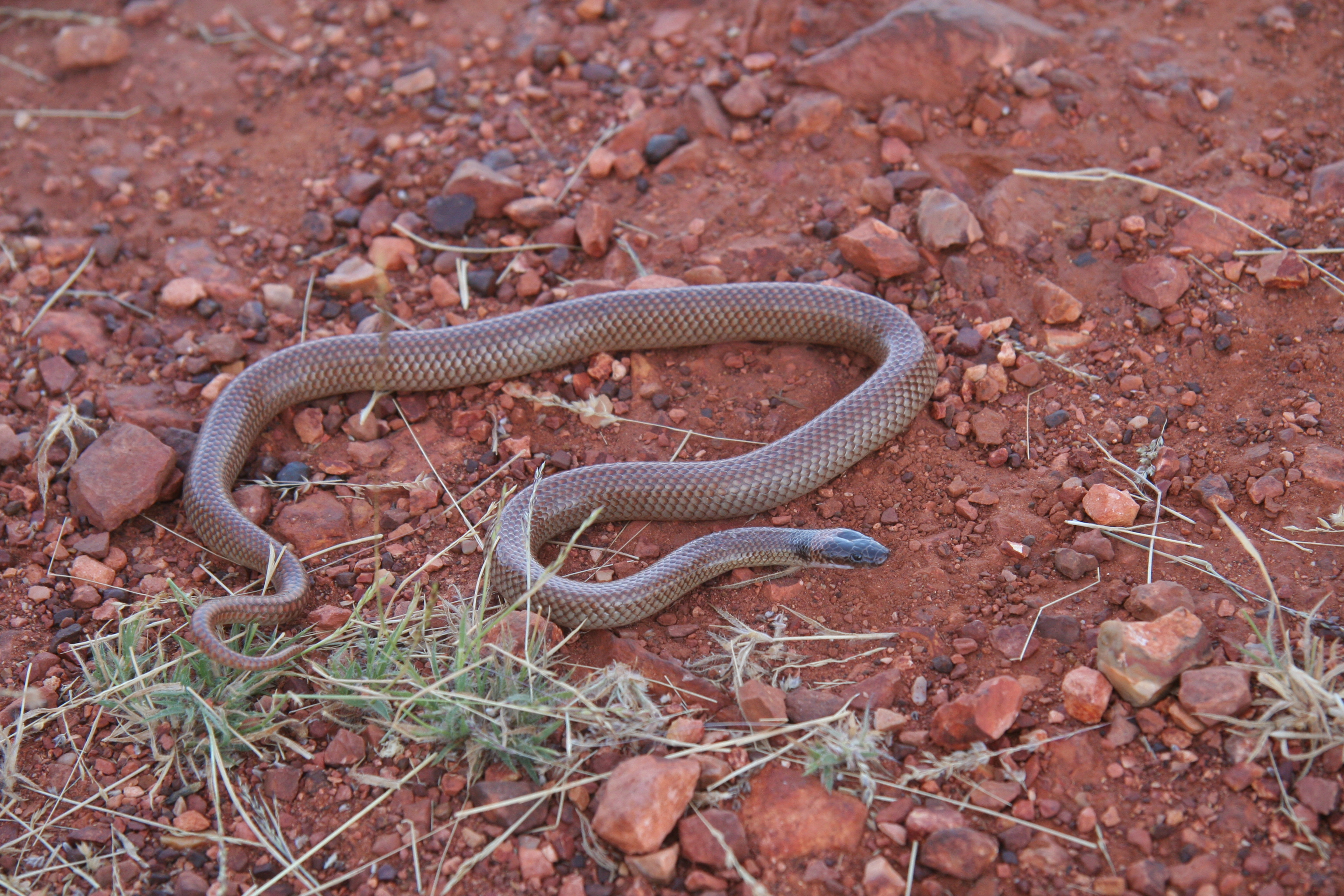 The moon snake is an Australian elapid snake that is superficially similar to many common North American snakes that live in leaf litter. But unlike most North American litter dwellers, the moon snake feeds primarily on lizards. Image credit: Daniel RaboskyRabosky is an assistant professor in the Department of Ecology and Evolutionary Biology and curator of herpetology at the U-M Museum of Zoology. He is co-author of a paper on the topic published online June 10 in the journal Proceedings of the Royal Society B. The first author is U-M doctoral student Michael Grundler.

While North America is home to at least seven distinct groups of “advanced” snakes, only one major group—the elapids—colonized Australia roughly 12 million years ago. Elapids, which have hollow, fixed fangs through which they inject venom, are found worldwide and include king cobras, coral snakes, mambas and kraits.

Over millions of years, evolution allowed Australia’s elapids to diversify and specialize through a process called adaptive radiation. They settled into varied habitats and split into roughly 100 species that include snakes with some of the most toxic venom known: taipans, brown snakes, death adders and tiger snakes.

Over time, the Australian snakes took on most of the body forms found in North American snakes.

Grundler and Rabosky compared those body forms by analyzing preserved specimens in the collections of the University of Michigan Museum of Zoology, the Field Museum of Natural History and the Western Australian Museum. They made measurements of head and body dimensions from 786 specimens representing 248 species. 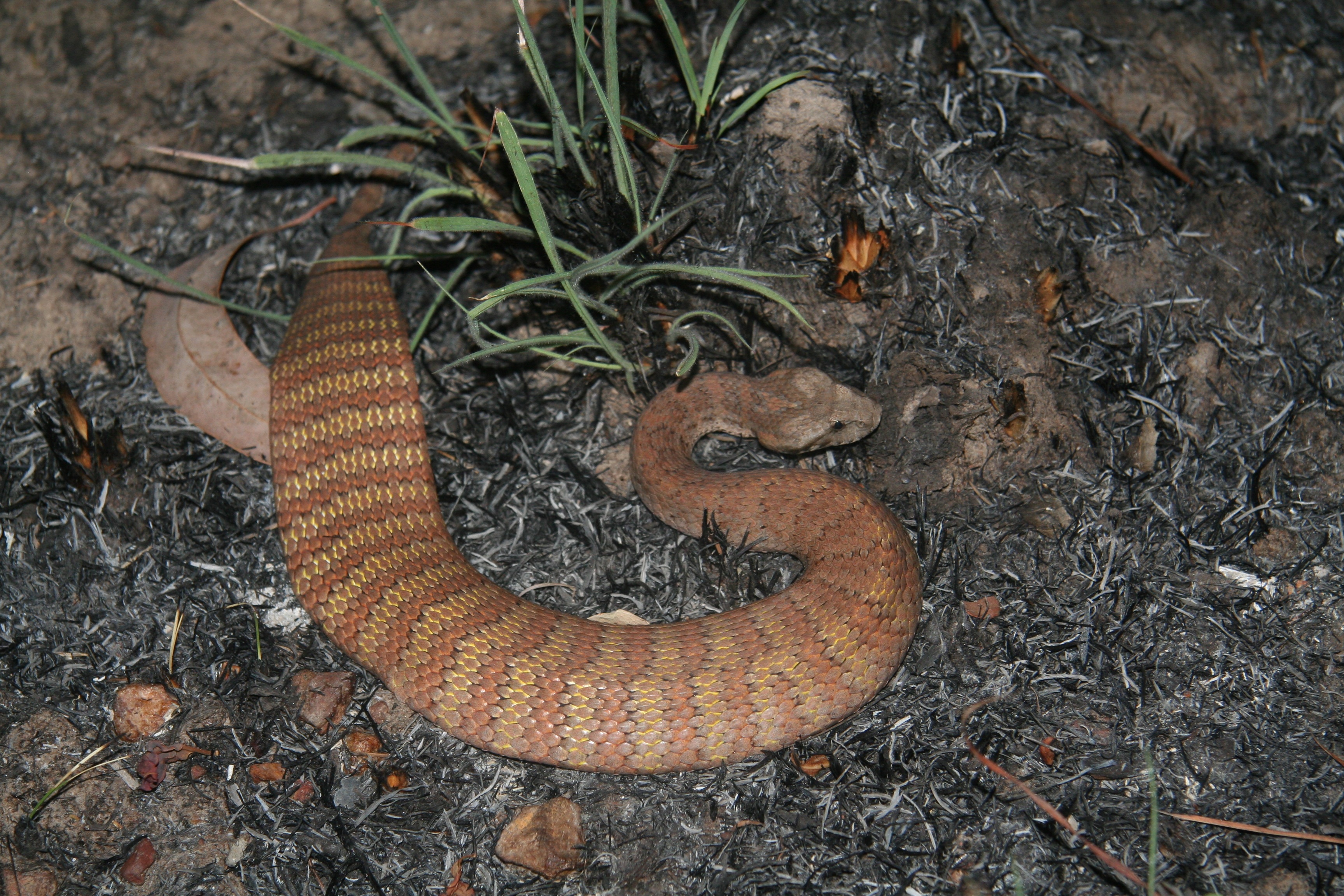 The death adder is a highly venomous Australian elapid snake that has evolved a body shape and hunting mode similar to the distantly related rattlesnakes of North America. Image credit: Daniel Rabosky“We found that the morphologies of Australia elapid snakes have evolved into the same types of body forms seen across a much more diverse set of snakes from North America,” Grundler said. “For example, Australia has the death adder, a stout-bodied ambush predator that looks, for all practical purposes, like a typical viper.

“Vipers are a family of fanged, venomous snakes that includes pit vipers such as rattlesnakes, copperheads and bushmasters. But the death adder is not a viper and is in fact much more closely related to other Australian elapid snakes, most of which look nothing like vipers.”

Grundler and Rabosky surveyed the published literature for data on the feeding habits of snakes on both continents. The feeding habits were placed in eight prey categories: invertebrates such as insects, earthworms, mollusks and crustaceans; fish; amphibians; lizards and snakes; lizard and snake eggs; birds; bird eggs; and mammals.

In many cases, Australian and North American snakes that are similar in appearance differ greatly in their diets, the U-M researchers found.

For example, most small snakes that live in sand or leaf litter in North America eat invertebrates such as spiders, scorpions, slugs and centipedes. But in Australia, those snakes tend to be specialists on lizards and other snakes.

The physical similarities between North American and Australian snakes are thought to reflect evolutionary advantages that those body forms provide for locomotion, foraging, or habitat use, according to the authors.

The research was funded by the National Science Foundation.