ANN ARBOR—For Jason De León, the story of undocumented migrant workers’ treacherous trek northward from Mexico through Arizona is a complex, layered contemporary narrative best told by what isn’t said, and what is left behind.

For the past four years, De León—an assistant professor of anthropology at the University of Michigan—has directed a group of U-M students in an exhaustive collection and archeological documentation of clothes, personal belongings and odd bits of refuse left in the wake of undocumented migrants traveling along the U.S.-Mexico border.

While De León’s Undocumented Migration Project (UMP) has received widespread attention in the national news media and especially in the southwest U.S., the Institute of Humanities at U-M is the first venue to present the expansive collection of found objects of De León’s meticulous chronicle, which some critics claim offers an evocative testament to the “human cost of immigration.” 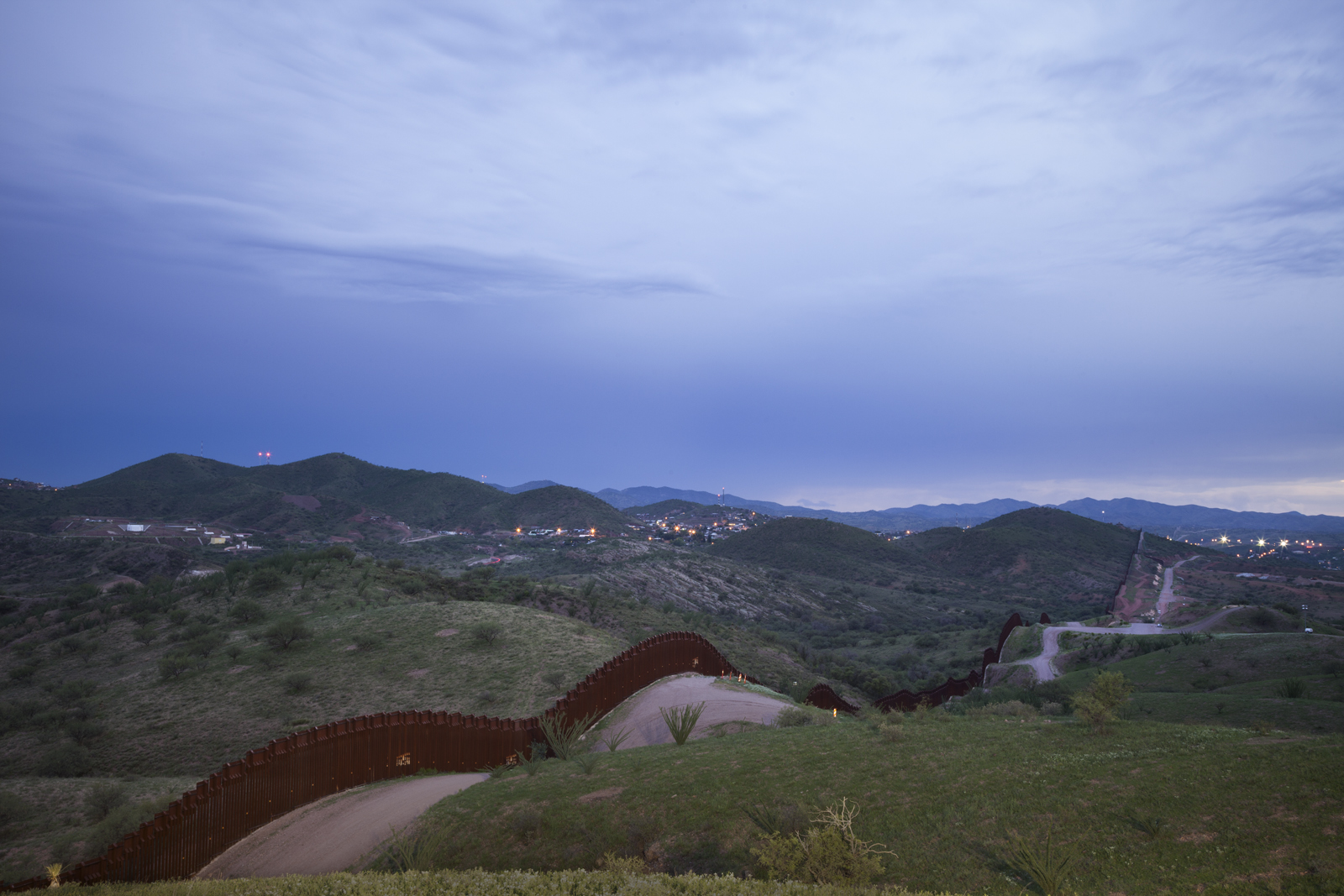 US-Mexican border. Image credit: Richard BarnesThe exhibit, “State of Exception,” features the videography of acclaimed photographer Richard Barnes, whose work has been exhibited at many prestigious museums in the U.S. Barnes’ video work, which complements De León’s humanistic undertaking, depicts the conditions and challenges of those making the journey northward while evoking the ambiguity of the found objects—water bottles, back packs, personal photos and wallets, forsaken shoes – that litter the desert path leading to the Arizona border.

The exhibit, which runs Jan. 24-March 12 at the Institute of Humanities, 202 S. Thayer St., is part of the Understanding Race Project, the College of Literature, Science, and the Arts theme semester that explores the many notions of race throughout the winter term.

From January through April, an extensive range of public exhibits, performances, lectures, symposia and more than 130 courses in several disciplines explore the concept and impact of race. The historical, cultural, psychological and legal interpretations of race will be examined from both national and global perspectives.

Highlights of the project include the “Race: Are We So Different?” exhibit developed by the American Anthropological Association and the Science Museum of Minnesota and “IndiVisible: African-Native American Lives in the Americas,” a Smithsonian Institution Traveling Exhibit.

As evidence of the historical significance of UMP, the collected items—which are kept in an intricate inventory of boxes at De León’s U-M office—will be transferred during summer 2014 to the Smithsonian Institute Archives.

“Together, the collected found objects and Richard Barnes’ photography reveals the nuances, complexities and violence of the culture of immigration along the southeastern U.S. border,” said Amanda Krugliak, who, as exhibition curator, selected a range of items to evoke the distinct experiences of undocumented migrants. “We hope the exhibit will inspire a range of conversations, from the power of ‘found objects’ to evoke stories and profound meanings, to a new way of thinking about immigration policy.”

Indeed, “State of Exception” could prove to be especially timely. In the next few months, President Obama is expected to push for a major overhaul of the immigration system. The preliminary plan calls for a path to citizenship for the estimated 11 million illegal immigrants currently in the U.S. The controversial debate is expected to look at issues such as amnesty, payment of back taxes and a verification system to track legal status.

Opening reception for “State of Exception” will be 5:30 p.m. Jan. 24 at the Institute of Humanities. De León, Barnes and Krugliak will be on hand for a panel discussion. More information about each of the panelists can be found at “State of Exception” website at: www.lsa.umich.edu/themesemester/exhibits/exhibitsacrosscampus/stateofexceptionrichardbarnesjasondelonamandakrugliak.