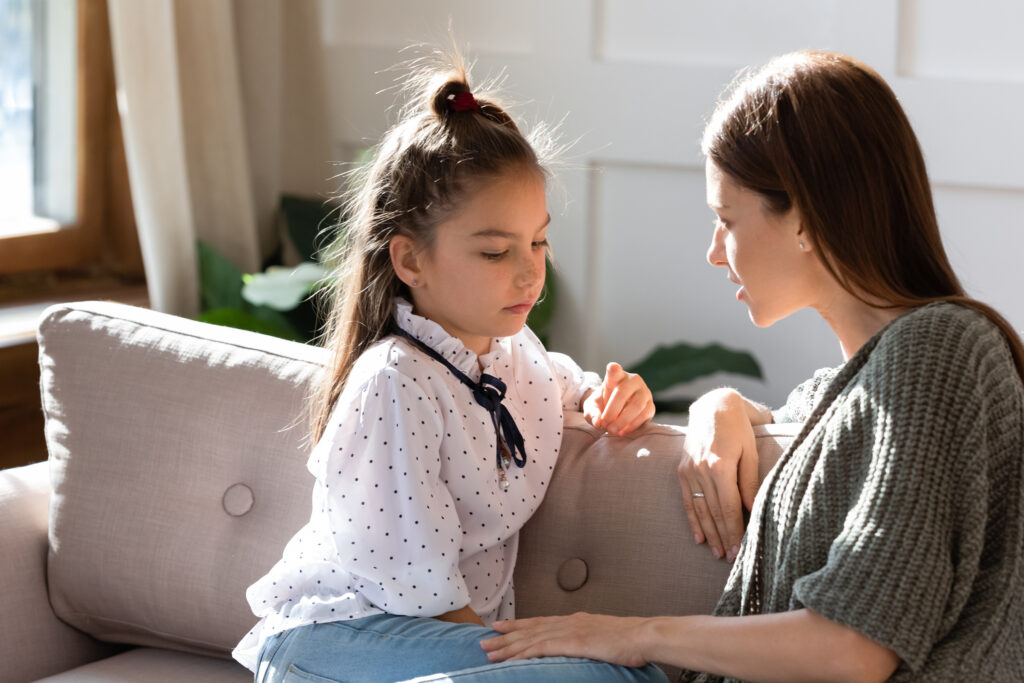 Parents know the scenario all too well: their child misbehaves and it comes time for discipline.

Research conducted globally shows that spanking is not the best option. But verbal reasoning, which explains why the behavior is wrong, may not always have the intended positive effect if the parent is loud and abrupt, according to a new University of Michigan study.

The findings indicate both positive and negative outcomes that could have lasting consequences on children’s emotional development. Verbal reasoning was associated with higher levels of getting along with others, but also with increased aggression and higher levels of distraction.

“Positive discipline doesn’t always seem to have all that many positive benefits,” said Andrew Grogan-Kaylor, professor of social work and lead author of the study published in the latest issue of International Journal of Behavioral Development.

“It’s more likely that the long-term investments that parents make in children, such as spending time with them, letting them know they are loved and listening to them, have more positive effects than nonviolent discipline. This has yet to be thoroughly researched in a global context.”

Research has continually shown that spanking leads to negative child outcomes, such as aggression and distraction, regardless of the context in which children are disciplined, including country, race and ethnicity, and neighborhood.

In the new study, researchers at U-M’s Ann Arbor and Flint campuses analyzed different forms of punishment associated with children’s behaviors in a global sample of nearly 216,000 families from 62 countries. The data came from the United Nations Children’s Fund Multiple Indicator Cluster Surveys.

The results confirmed that spanking was not associated with children getting along with their counterparts. It also led to increased aggression and distraction. For nonviolent discipline, which involved verbal reasoning and taking away privileges, mixed outcomes occurred, Grogan-Kaylor said.

Verbal reasoning did promote one positive result: Children were more prosocial with others, especially in countries where this discipline was more common. Surprisingly, verbal reasoning also increased aggression, likely in cases when the parents used harsh tones and language, the study suggested.

“Verbal reasoning may have negative effects on children if it is not employed in a way that is developmentally appropriate for the child to understand why their behavior is inappropriate,” Grogan-Kaylor said.

Meanwhile, children did not get along with other children and showed higher levels of aggression and became distracted when parents took away privileges.

So what’s the best way to discipline a child? Grogan-Kaylor suggested providing them structure, keeping the lines of communication open and providing developmentally appropriate removal of privileges.