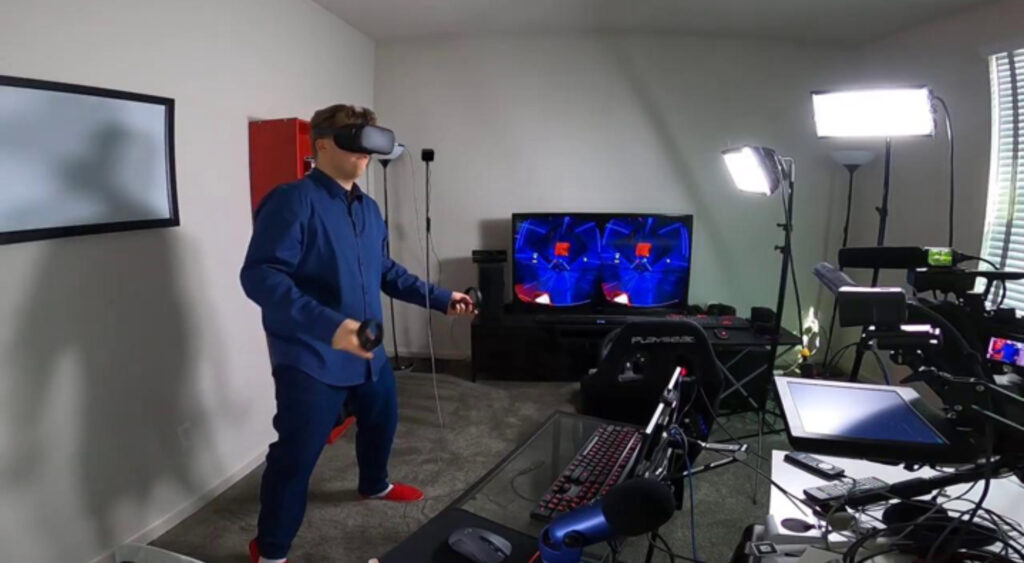 For the past several years, Michael Nebeling has taught students at the University of Michigan the most advanced techniques in virtual and augmented reality while encouraging novice users to experiment with the technology by utilizing devices like cell phones and everyday materials found at home.

So, it’s not surprising that a new three-course online specialization on extended reality that Nebeling developed with a team at the U-M Center for Academic Innovation would have something for everyone—from novices to the most advanced users, designers and developers.

Extended reality, or XR, is the term for technology that encompasses virtual, augmented and mixed reality—and it is the focus of a major initiative the university announced one year ago.

The specialization on Coursera called “Extended Reality for Everybody,” has a broad target audience: students, instructors, designers and developers, researchers, librarians, managers and entrepreneurs. This reflects Nebeling’s philosophy that this technology need not be overly complicated in the way it is created or out of reach in terms of budget for equipment. Yet, it can be as advanced as the creativity, technical savvy and imagination of users who wish to explore the greatest depths of the applications. 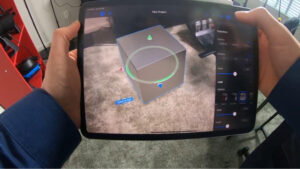 “I really enjoyed putting the knowledge and experience I have gained over the last five years doing research and teaching in this space into this MOOC specialization,” said Nebeling assistant professor at the U-M School of Information. “It really brings together a lot of different perspectives, from critical design and design thinking, to hands-on working and developing with these technologies. I hope my courses will be a powerful resource for both novice XR creators and those who have worked in the space for years.”

The specialization launched this week. It gives learners the chance to enroll in one course to learn the basics about the technology or take a deeper dive and earn certification for successful completion of all three. The courses are identified as an introduction to XR, XR design and XR development.

“This is one of the more unique features of this specialization,” said Annie Sadler, design manager at the Center for Academic Innovation. “You can choose your depth.”

For example, instructors might find the first course helpful to learn about how to use the technology to teach it to students. Nebeling often is asked to lecture on how to use these techniques in the classroom, and much of what he shares in those talks is incorporated in the course that goes over the definitions and uses of the technology.

The second course looks at XR from a designer’s perspective, and includes work on physical and digital prototyping, including storyboarding and wireframing. This is a course that brings together years of Nebeling’s research on rapid prototyping techniques with both physical and digital tools and provides a practitioner’s guide to doing XR without being a programmer.

The third and more advanced course gets into the nuts and bolts of XR for those who want to know about developing new XR applications with state-of-the-art programmer tools. Participants will learn various development approaches, making the jump from 2D to 3D user interfaces, and using WebXR, Unity and Unreal for creating XR apps.

Even within the courses one can go further, taking additional honors tracks. In the first course, this involves extended discussion, and in the other two courses, participants can complete hands-on projects. Nebeling says they can use various XR devices to complete peer-reviewed projects that will provide significant portfolio pieces in the end.

Nebeling, who serves as the Center for Academic Innovation XR Faculty Innovator-in-Residence, previously offered a teach-out on “Augmented Reality, Virtual Reality, and Mixed Reality: Opportunities and Issues,” which provided an important starting point. Participants in the short-term learning event discussed the emerging technology’s potential and pitfalls. Feedback was very positive but many asked for courses that went beyond theoretical to practical application of the technology.

“There are a lot of things that, in my view, make this specialization special,” he said. “It provides a comprehensive overview of the XR space, whereas previous offerings mostly focused on virtual reality or tools like Unity.

“It is taught from a human-centered design perspective with a design thinking mindset, whereas most previous courses assumed a programming background. It embeds interviews and discussion rounds with my students, who also contributed their projects as case studies to help other students learn from their experience working in this space.”

Learners can opt to take only one or two courses but certification for the specialization requires completing the entire series. Completing the honors track earns additional recognition.