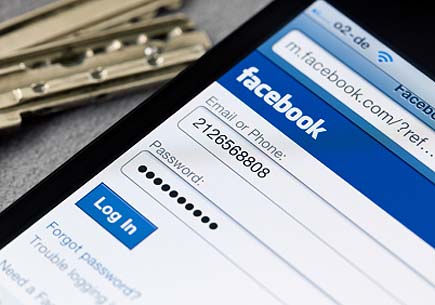 ANN ARBOR—Facebook helps people feel connected, but it doesn’t necessarily make them happier, a new study shows.   Facebook use actually predicts declines in a user’s well-being, according to a University of Michigan study that is the first known published research examining Facebook influence on happiness and satisfaction.

“On the surface, Facebook provides an invaluable resource for fulfilling the basic human need for social connection,” said U-M social psychologist Ethan Kross, lead author of the article and a faculty associate at the U-M Institute for Social Research. “But rather than enhance well-being, we found that Facebook use predicts the opposite result—it undermines it.”

“This is a result of critical importance because it goes to the very heart of the influence that social networks may have on people’s lives,” said U-M cognitive neuroscientist John Jonides, another author of the paper.

For the study, the researchers recruited 82 young adults, a core Facebook user demographic. All of them had smart phones and Facebook accounts. They used experience-sampling—one of the most reliable techniques for measuring how people think, feel, and behave moment-to-moment in their daily lives—to assess their subjective well-being by texting them at random times five times a day for two weeks.

Each text message contained a link to an online survey with five questions:

Importantly, the researchers found no evidence that interacting directly with other people via phone or face-to-face negatively influenced well-being. Instead, they found that direct interactions with other people led people to feel better over time.

“Thus, it was not the case that Facebook use served as a proxy for feeling bad or lonely,” Kross said.

The researchers hope to conduct additional research with participants from a variety of age groups to examine the generalizability of these results and the psychological mechanisms that underlie them.

Established in 1949, the University of Michigan Institute for Social Research (ISR) is the world’s largest academic social science survey and research organization, and a world leader in developing and applying social science methodology, and educating researchers and students from around the world. For more information, visit the ISR Web site at isr.umich.edu.