Thirteen thousand years ago, most of Michigan was covered in a wall of ice up to a mile high. Archaeologists believed this kept some of the continent’s earliest people, a group called Clovis after their distinctive spear points, from settling in the region.

But an independent researcher along with University of Michigan researchers have identified a 13,000-year-old Clovis camp site, now thought to be the earliest archaeological site in Michigan. The site predates previously identified human settlements in the Michigan basin and potentially rewrites the history of the peopling—or settling—of the Great Lakes region. 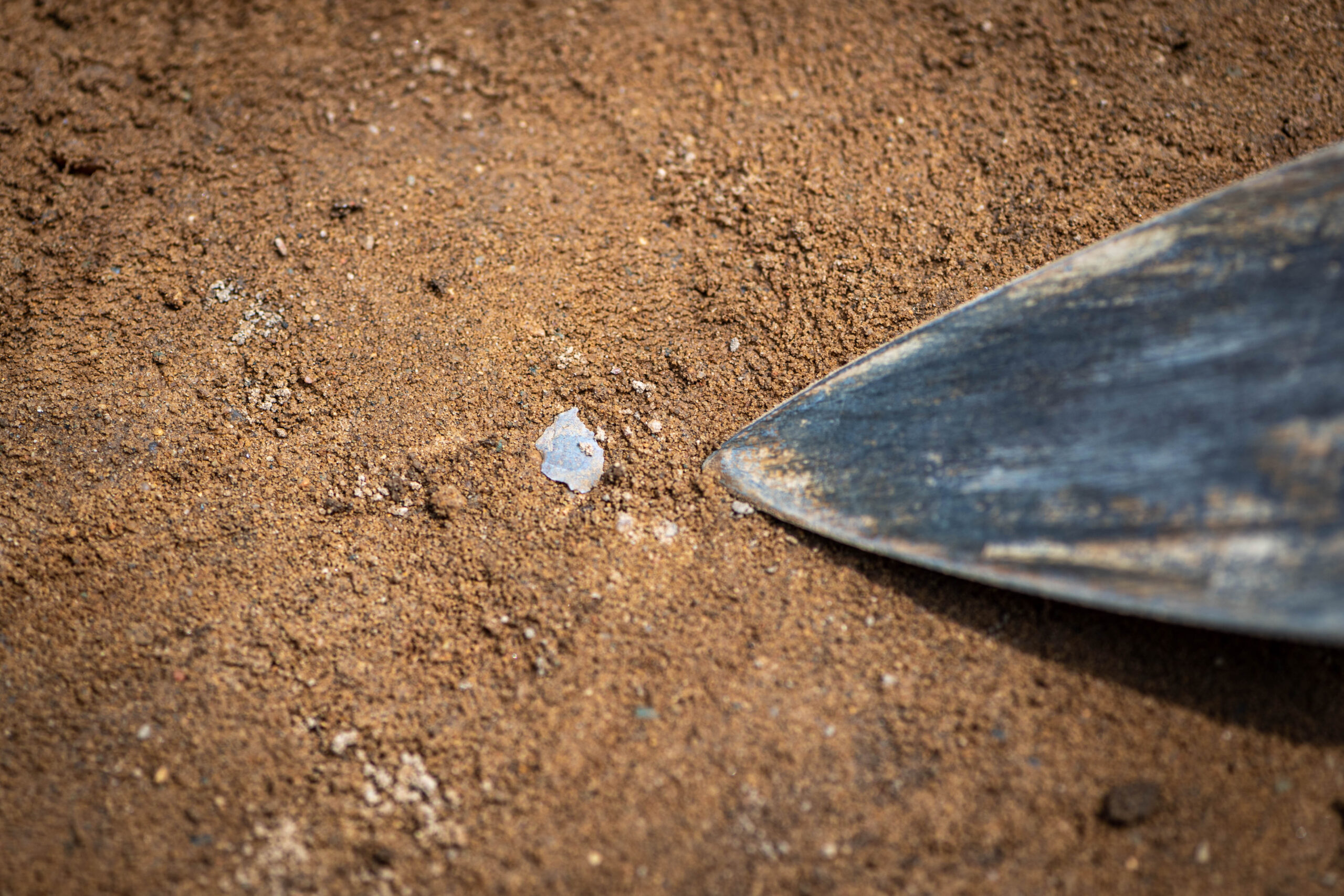 The site was likely occupied by a small group of people, about six or seven, who briefly lived on a river in southwest Michigan toward the end of the Pleistocene. The finding also suggests this is the northwestern-most Clovis settlement in the Great Lakes region. The researchers describe their findings in a paper published in the journal PaleoAmerica. 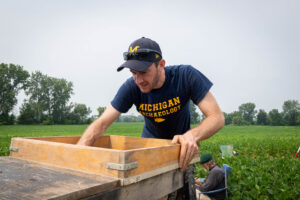 The Clovis people were a Paleoindian culture who lived in the Americas between 13,000 and 12,500 years ago. Identified by their distinctive spearpoints, the culture quickly spread through North and South America. Most Native Americans today can trace their ancestry to these early inhabitants, according to Brendan Nash, a U-M doctoral student and an author of the paper.

In the paleoarchaeology world, Clovis technology can be easily identified by two characteristics of their tools: that they primarily used a high quality stone called chert and that they used a distinct method of making these tools.

Previously, there was little evidence that Clovis settled in Michigan. The region was nearly uninhabitable at this time: Much of the state, except a triangular swath over southwest Michigan that extended toward the tip of the mitt, was covered by glaciers.

“As the glaciers were retreating, they created a predictable ice-front environment that was frequented by early humans’ favorite prey,” Nash said. “Early humans had a wolf model of subsistence: They traveled around in large groups and didn’t stay in any place too long. They were an apex predator and probably doing both hunting and scavenging, perhaps by running other ice age predators such as saber-toothed tigers and short-faced bears off their prey. What we have at the Belson site appears to be a short-term camp by a group that would likely split off from the main group seasonally.”

Thomas Talbot, a self-taught researcher, found the first Clovis spear point in 2008, in the fields of a farm in early spring. He often walks the fields at this time of year, after the fields have been plowed, searching for Native American spear points. 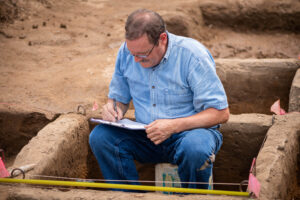 He said there was no mistaking the point’s origin: It was made of a kind of chert preferred by Clovis in this region, and made using the same technological method so distinct to the Clovis people. The stone, called Attica chert, is found in one region in western Indiana and eastern Illinois, 120 miles away from the Belson site.

“Paleolithic pieces—not quite this old, but pieces that are similar—have turned up around Michigan, but usually they are pretty scattered, like maybe someone lost it while they were hunting or walking through,” Talbot said. “So although I thought it was really cool, I thought it was a once-in-a-lifetime finding. But other pieces started turning up, and by the end of the spring, it was pretty clear that I had Clovis components at this site.”

Clovis tools such as projectile points and hide scrapers have a very characteristic central channel through the length of the tool, called a flute. A Clovis person would have chipped stone outward from this central channel to create a place to attach the projectile point to its spear shaft. Also distinctive to the Clovis people is that they struck large flakes of material off the stone to create their points. The large, detached pieces had razor-sharp edges and would be used as expedient knives themselves.

In all, on his own, Talbot found about nine pieces from the Clovis era—including two pieces of the same spearpoint he found years apart. In 2019, Talbot met Henry Wright, U-M anthropologist and archaeologist, to show him the collection. Wright confirmed Talbot’s suspicions. The following summer, in 2020, U-M researchers led by Nash began the dig at Talbot’s site, now called the Belson Site after the family of farmers who own the land. 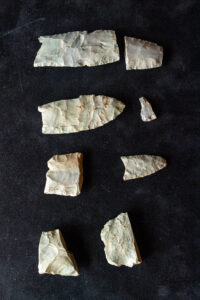 The Belson site is about 25 meters by 15 meters, similar in size to other Paleoindian camping sites. About 1.5 meters beneath the ground’s surface, the researchers found an intact horizon indicating the campsite. They also found more tools as well as flakes of material that indicate the camp’s inhabitants were making tools on site.

“Last year, with Brendan’s expertise and Henry’s guidance, we opened up the site and found two distinct artifacts well below the plow zone, which means they’re undisturbed. They’ve laid there for 13,000 years,” Talbot said. “That tells us we have at least a partially undisturbed Clovis component in Michigan, and that’s huge. That’s very big news that changes archaeology for the state of Michigan.”

To date, the researchers have found more than 20 tools and hundreds of pieces of manufacturing and refurbishment debris.

“Now what we’re seeing is that we’ve got a presence that is as early as other sites in North America, and it has the same technology. Now we can not only move Great Lakes culture history back a little bit, but we can also say, ‘Maybe it has its own story that’s not just the butt end of the story of every other region. There might be something really unique about its peopling process.'”

Soon, a lab in Colorado will be doing a protein residue analysis that may be able to identify which animals or plants the spear points may have been used on, which could tell the researchers what prey the people were hunting, Nash says.

Talbot wishes to thank the Belson family for access to their property.