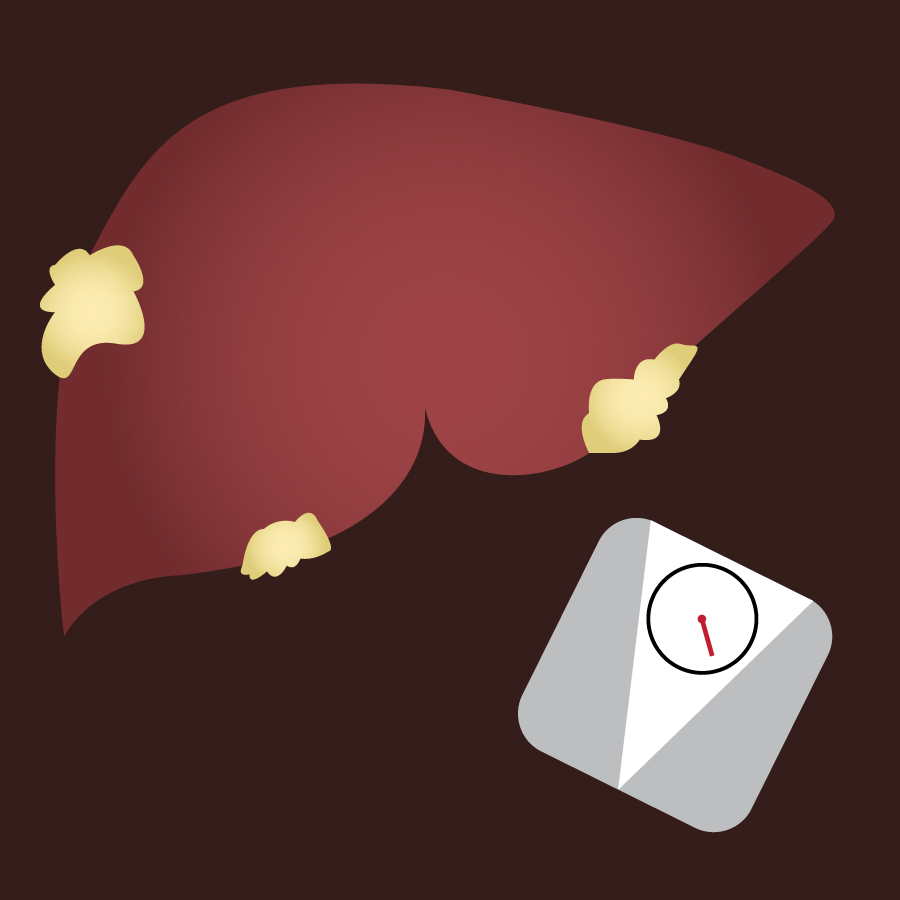 ANN ARBOR—The rising obesity epidemic has brought with it an army of maladies. One, in particular, is threatening to outpace many of the disorders that accompany obesity, in terms of occurrence and severity: nonalcoholic fatty liver disease.

“I think in the coming decades, it’s going to be a bigger problem than even diabetes,” said University of Michigan cell biologist Jiandie Lin, senior author of a new study that identified a key driver of the progression to the most harmful form of the disease—nonalcoholic steatohepatitis, or NASH.

The international team of researchers led by U-M found that increasing the levels of the fat hormone Neuregulin 4 (Nrg4) protected liver cells from metabolic stress in mice. Loss of this hormone had the opposite effect; mouse livers deteriorated and progressed to NASH more quickly.

The findings, scheduled for publication Nov. 6 in the Journal of Clinical Investigation, led the researchers to believe that Nrg4 may be an effective target for therapeutic intervention.

More than a third of U.S. adults and up to 10 percent of children have some form of fatty liver disease. In up to 20 percent of these patients, the liver cells begin dying, and the disease develops into NASH. And the problem is growing.

“The estimate is that by 2020, NASH will be the leading cause of the need for liver transplants, surpassing hepatitis and alcoholic liver disease,” said Lin, a faculty member at the U-M Life Sciences Institute, where his lab is located, and at the U-M Medical School. “And there are currently no drugs available that can treat it.”

Despite this rising occurrence of fatty liver disease, scientists did not have a clear picture of what keeps cells healthy and stable under obesity-related stress in some patients, and what leads to cell death—and the progression to NASH—in others.

To address this question, Lin and his colleagues evaluated the effects of Nrg4 in mice that had been fed the type of high-fat, high-sugar diet that leads to fatty liver disease.

“When the hormone was elevated, we saw less cell death, less inflammation, less fibrosis,” said Liang Guo, a researcher in Lin’s lab and the lead author of the study. “On the other hand, mice lacking the hormone fare much worse. The hormone is having a distinct function that limits cell death and prevents progression to the most severe fatty liver disease.”

The findings expand on a previous study from Lin’s lab that showed Nrg4 could prevent the liver from converting sugar into fat, lowering the risk of fatty liver disease at its outset.

“We’re now seeing that it performs two major activities,” Lin said. “It not only regulates metabolism by reducing liver fat accumulation, but it’s also keeping the liver cells healthy. And by doing that, it can actually prevent the progression into NASH.”

And there’s more good news: The researchers have not yet seen any negative side-effects in the mice with increased Nrg4. Lin’s lab is now focused on further testing the therapeutic viability of the hormone in treating NASH.

The research was supported by the National Institutes of Health, Michigan Diabetes Research Center, Michigan Nutrition and Obesity Center, and Novo Nordisk.