Fighting climate change at the sink: A guide to greener dishwashing 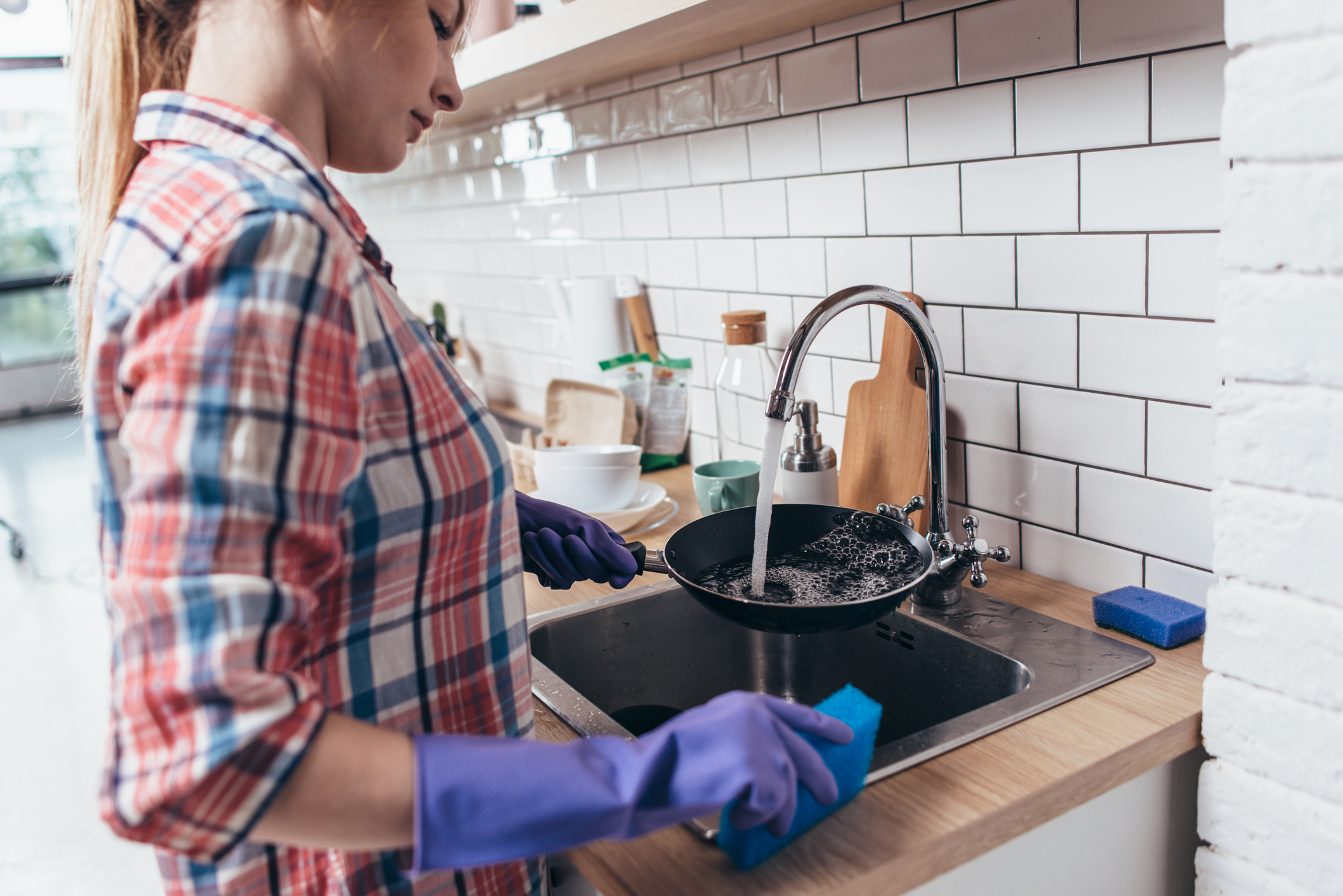 While that’s true in most cases, there’s one manual washing technique—the two-basin method, in which dishes are soaked and scrubbed in hot water and then rinsed in cold water—that is associated with fewer greenhouse gas emissions than machine dishwashing.

That’s one of the surprising findings of a new study from University of Michigan researchers that includes a list of tips for greener dishwashing. The study was published online Feb. 12 in the journal Environmental Research Communications and is the result of a collaboration between U-M researchers and Michigan-based Whirlpool Corp. 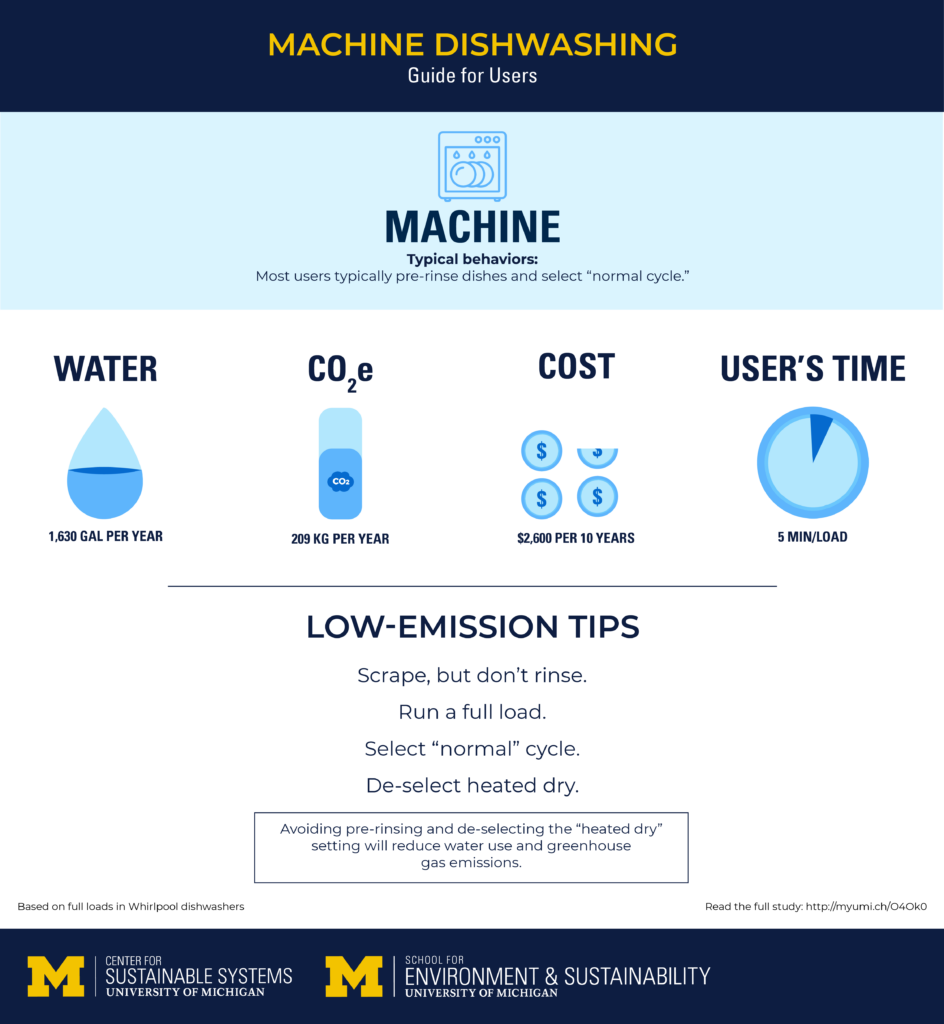 “This is the first comprehensive life cycle assessment of manual washing and machine washing, and it provides useful guidance to households on how to improve environmental performance of both methods,” said study senior author Greg Keoleian, director of the Center for Sustainable Systems at the U-M School for Environment and Sustainability.

The study builds on a SEAS master’s thesis by lead author Gabriela Porras. Data were collected at Whirlpool’s dishwasher manufacturing plant in Findlay, Ohio, and a small-scale laboratory study was conducted at the company’s headquarters in Benton Harbor, Michigan. Whirlpool also provided funding.

Several previous studies have concluded that consumers can save time, energy and water by using a machine dishwasher instead of washing by hand. But many of those studies failed to account for real-world behavior—such as pre-rinsing and varying the cycle selection—by those who rely on machine dishwashers.

And while the earlier studies compared the in-the-kitchen environmental impacts of manual versus machine dishwashing, most of them did not consider lifetime, cradle-to-grave environmental costs, including the manufacture and disposal of dishwashers.

The common “running tap” method of manual dishwashing, which involves washing and rinsing dishes beneath a steady stream of hot water, used more energy and water than any other method tested. 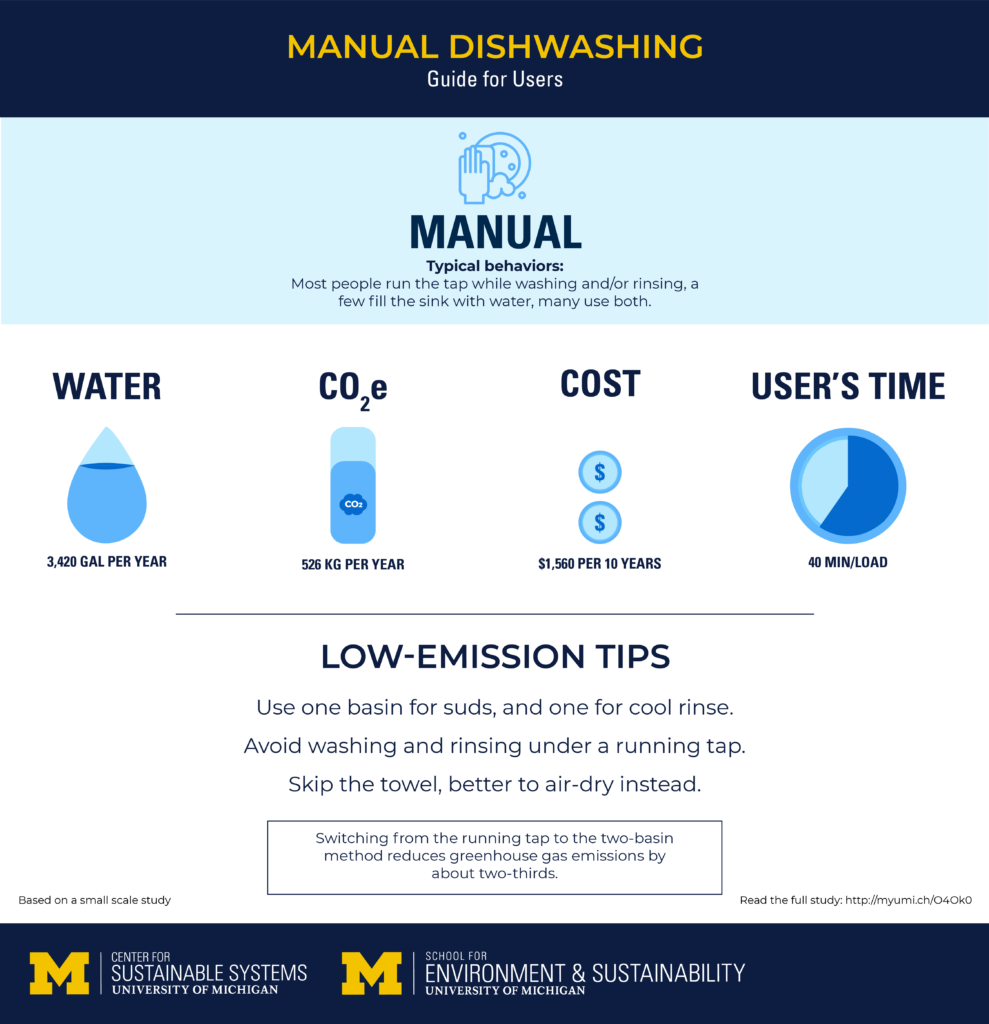 The outcome changed dramatically when the less-common two-basin method of manual dishwashing was used. Under that scenario, manual dishwashing produced lower greenhouse gas emissions than any other alternative examined in the study—18% lower than machine washing using recommended best practices.

Not ready to give up the time-saving convenience of a machine dishwasher? The new study offers several tips to reduce the environmental impact of your appliance, including three key “don’ts”: Don’t pre-rinse before loading dishes into the dishwasher; don’t select the “heat dry” setting; and don’t choose the “heavy” cycle over a normal wash, except for tougher loads.

In the observational study, 38 Whirlpool employees were asked to load a dishwasher as they typically would at home, to manually wash dishes as they would at home, and to answer survey questions related to their dishwashing behaviors. The testing room at Whirlpool’s Benton Harbor campus was designed to replicate a common kitchen sink area in an average household.

The study assumed that natural gas is used to heat the water. Lifetime greenhouse gas emissions increase significantly if an electric water heater is used.

The research was supported by Whirlpool Corp. and U-M’s Rackham Graduate School, School for Environment and Sustainability, and Center for Sustainable Systems.