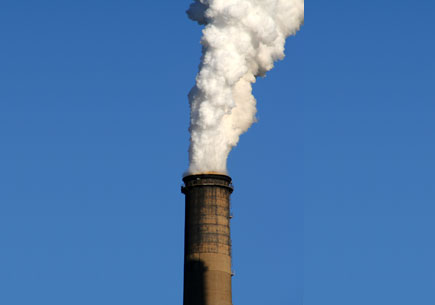 A coal-fired power plant in Ohio.ANN ARBOR— For the first time, the chemical “fingerprints” of the element mercury have been used by University of Michigan researchers to directly link environmental pollution to a specific coal-burning power plant.

The primary source of mercury pollution in the atmosphere is coal combustion. The U-M mercury-fingerprinting technique – which has been under development for a decade – provides a tool that will enable researchers to identify specific sources of mercury pollution and determine how much of it is being deposited locally.

“We see a specific, distinct signature to the mercury that’s downwind of the power plant, and we can clearly conclude that mercury from that power plant is being deposited locally,” said Joel Blum, the John D. MacArthur Professor of Earth and Environmental Sciences.

Blum is co-author of a paper published online Dec. 13 in the journal Environmental Science & Technology. The lead author of the paper is U-M doctoral candidate Laura Sherman, who works with Blum. 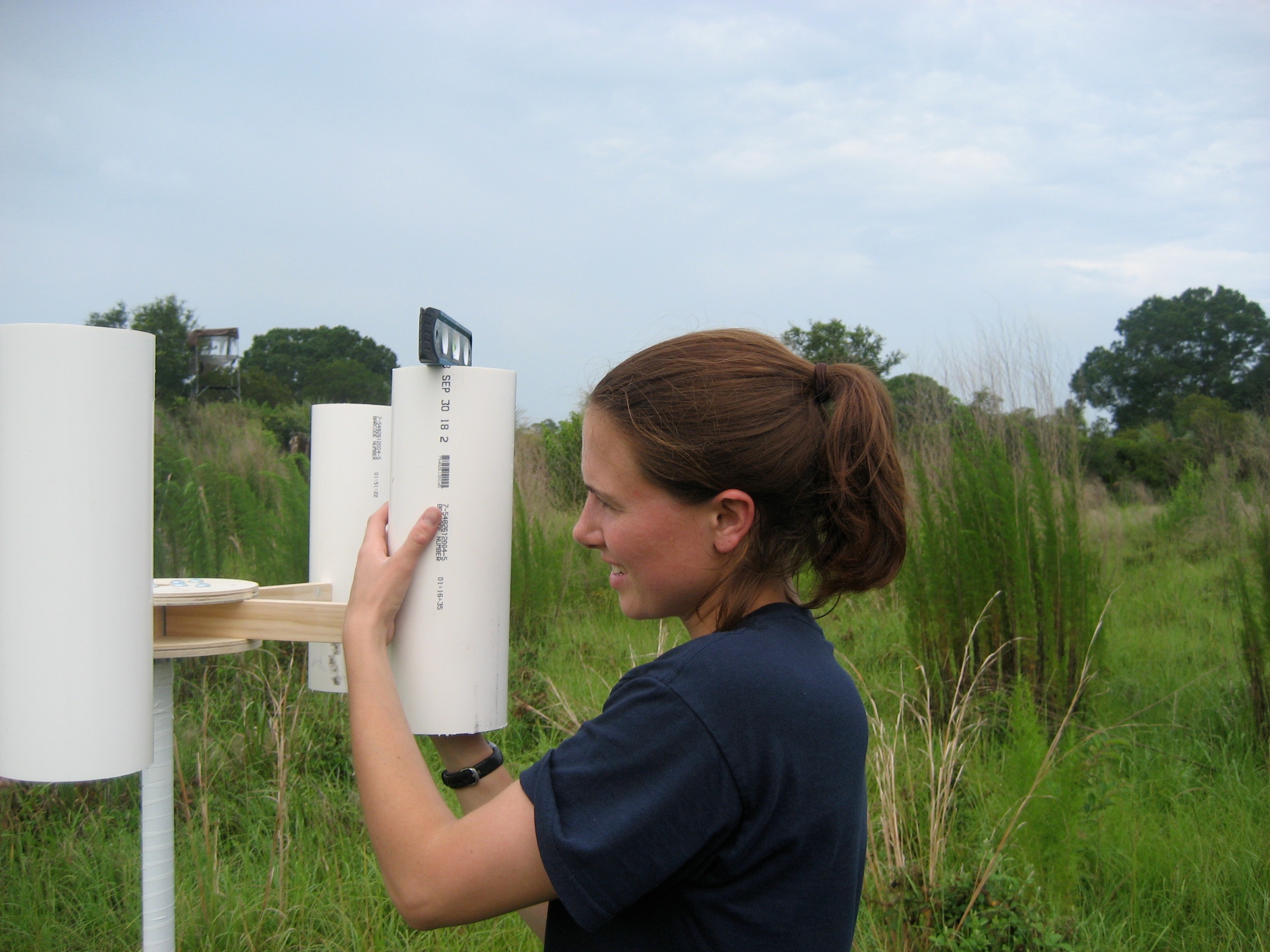 Laura Sherman setting up a sampling tripod to collect precipitation at one of the study sites near Crystal River, Florida. Photo courtesy of Emily White“This allows us to directly fingerprint and track the mercury that’s coming from a power plant, going into a local lake, and potentially impacting the fish that people are eating,” said Sherman, who has worked on the project for four years.

Mercury is a naturally occurring element, but some 2,000 tons are emitted to the atmosphere each year from human-generated sources such as incinerators, chlorine-producing plants and coal-fired power plants.

This mercury is deposited onto land and into water, where microorganisms convert some of it to methylmercury, a highly toxic form that builds up in fish and the animals that eat them. In wildlife, exposure to methylmercury can interfere with reproduction, growth, development and behavior—and may even cause death.

Effects on humans include damage to the central nervous system, heart and immune system. The developing brains of fetuses and young children are especially vulnerable.

Among mercury researchers, there has been a long-running debate about how much mercury pollution is deposited near emissions sites and how much is lofted high into the atmosphere, where it becomes part of a global mercury reservoir comprised of emissions from countless mercury sources around the world. Some researchers have argued that there is limited local mercury deposition and that most human mercury emissions end up in the global atmospheric pool. 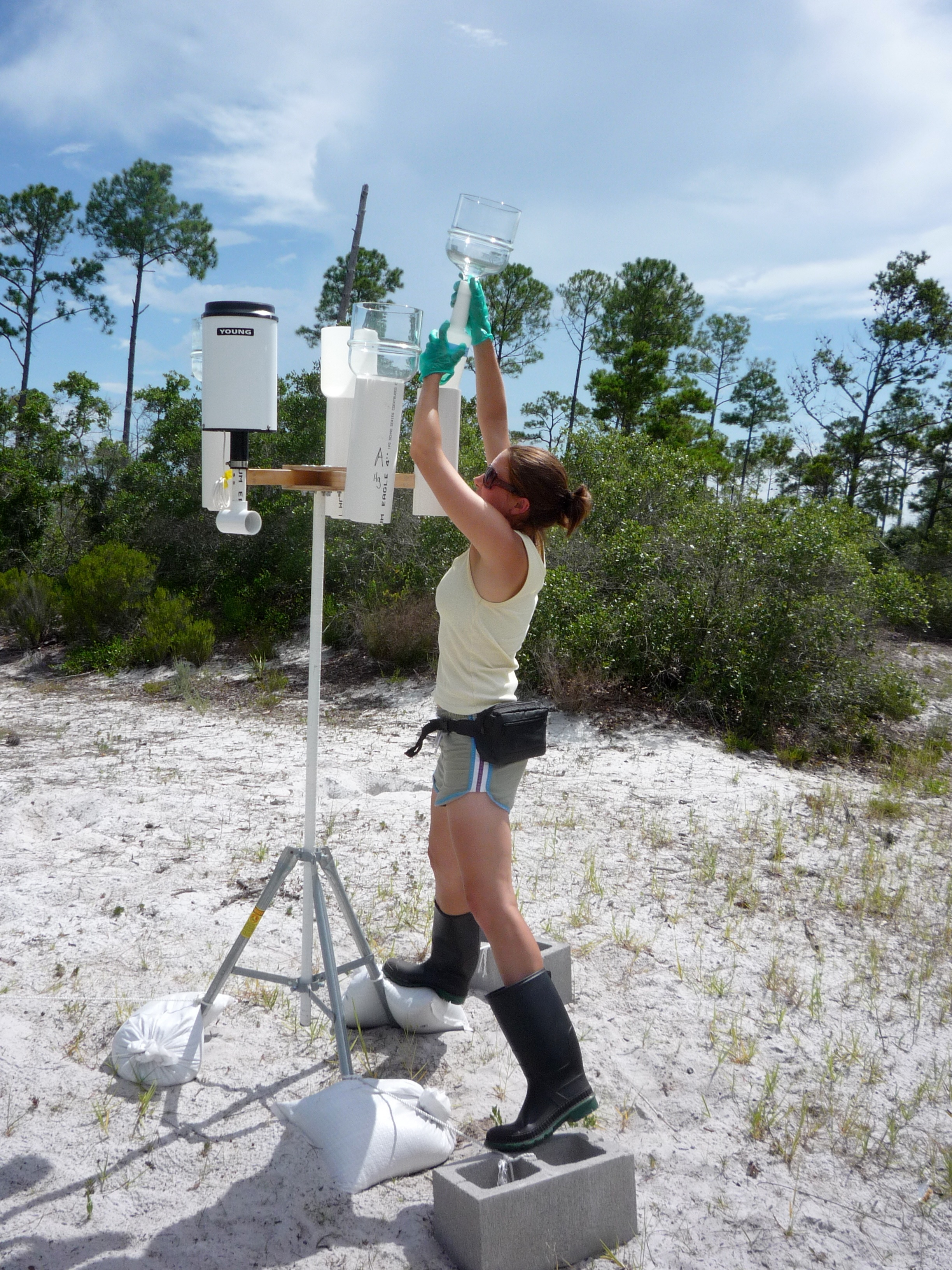 Laura Sherman collecting a precipitation sample at a study site in Florida. Sampling tripod includes funnels to collect precipitation and a tipping bucket rain gauge. Photo courtesy of James BarresBut results from the latest study by Sherman and her colleagues prove that mercury is deposited locally near coal-fired power plants and doesn’t simply vanish into a global pool high in the sky. “It makes it hard to argue that there’s no local deposition when we’re seeing such unique signatures like this,” Sherman said.

The mercury fingerprinting technique relies on a natural phenomenon called isotopic fractionation. All atoms of a particular element contain the same number of protons in their nuclei. However, a given element will have various forms, known as isotopes, each with a different number of neutrons in its nucleus.

Using MDF, the researchers compared the ratio of different mercury isotopes in their samples. That ratio provides a unique chemical signature, or fingerprint, that can be used as a diagnostic tool to compare environmental samples from various locations.

The latest study involved collecting daily rainfall samples in July 2009 from four sites surrounding a coal-fired power plant in Crystal River, Fla., which is on the Gulf of Mexico coast roughly 80 miles north of Tampa.

When mercury from the samples was analyzed in the lab, it was clear that rainfall collected near the power plant displayed a distinct—and highly unusual—isotopic signature. 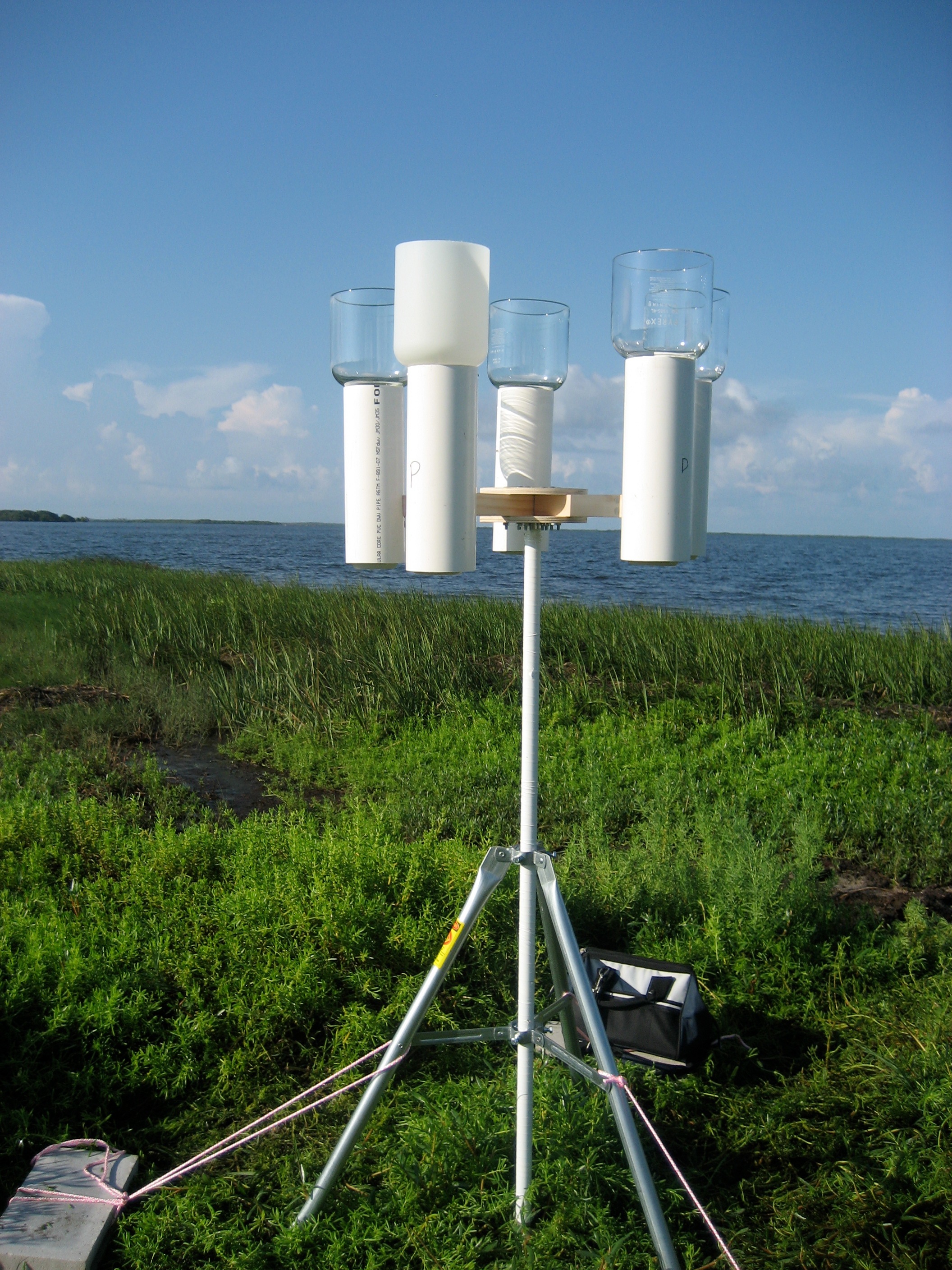 Sampling tripod with funnels to collect precipitation. This study site was located on the Gulf of Mexico coast near Crystal River, Florida. Photo courtesy of Laura ShermanSamples from the nine collection sites in other parts of the state showed mercury isotope fingerprints that were similar to each other and strikingly different from the Crystal River samples.

“This study represents the first use of stable mercury ratios to investigate the near-source mercury deposition resulting from coal combustion,” Blum said. “We’re very excited about this result, in part because it is technically difficult, and also because we’ve been told for years that it couldn’t be done.”

The project did not include smokestack measurements of mercury emissions from the power plant. However, Sherman and her colleagues did acquire coal samples from the same regions in eastern Kentucky and West Virginia that supplied coal to the Crystal River plant in July 2009.

Isotopic analysis of the coal samples yielded mercury isotope fingerprints similar to, but not identical to, those from the four nearby rainfall-collection sites. This indicates that processing of coal before combustion and partial retention of mercury by emissions-control devices actually enhances the isotopic contrast between power plant mercury and mercury in the regional background, Blum said.

Funding for the research was provided by a National Defense Science and Engineering Graduate Fellowship, the University of Michigan (GESI Graduate Fellowship and Turner Grant) and by the Florida Department of Environmental Protection.