Firms’ own social networks better for business than Facebook 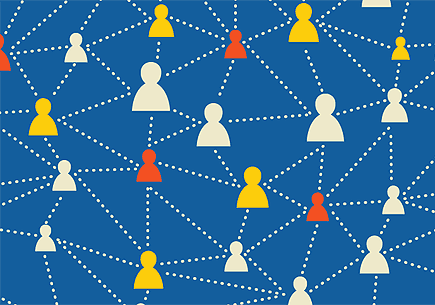 ANN ARBOR—Using Facebook and Twitter may be good for a company’s bottom line, but firms can rake in even bigger profits if they have their own virtual brand community, says a University of Michigan marketing professor.

“Americans now spend more of their online time at social network and blog sites than in any other activity—and firms are following the consumer,” said Puneet Manchanda, the Isadore and Leon Winkelman Professor of Marketing at the Michigan Ross School of Business. “Over the next five years, social media marketing is expected to represent nearly 20 percent of marketing budgets.

New research from Manchanda and Ross School colleagues Grant Packard and Adithya Pattabhiramaiah suggests a significant payoff for companies that set up their own online communities. Using data from an unnamed retailer of books, CDs and DVDs, they found a 19 percent bump in incremental revenue from customers after they joined the online community.

The study, one of the first known to examine empirical evidence of social network outcomes, shows this spending persists over time, well after the novelty of joining the network wears off, and doesn’t cannibalize between channels. In this case, the company sells products both online and in stores, and network members spent more in both venues. The spending increase came via more frequent purchases, rather than bigger receipts.

This monetary reward is in addition to the benefits of a hosted social online community, such as customer engagement and the ability to better target promotions.

Manchanda and colleagues obtained data from the company on customer activity 15 months before the online network was established and 15 months after. They were then able to form control groups and examine before-and-after results.

In the virtual community they examined, members could recommend products, share reviews, create favorite lists and socialize with each other online. A deeper dive into the data found that a network member with more “friend” connections was more likely to spend more.

“People that occupy an important place in the network—who are connected to other people who are well-connected—spend more,” Manchanda said.

A robust network, he says, gives a company a picture of customer preferences and lets it examine pre-purchase and post-purchase activity—a boon for customer relationship management and other life cycle-based marketing strategies. It also allows the company to identify trending products and topics of conversation that can help it optimize product and marketing mix decisions.

“For the engaged customer, the fact that they join the community suggests this is of value to them,” he said. “For the firm, it offers them the ability to learn a lot about their most engaged customers.”

Manchanda believes the results show that a company-sponsored online community is a better engagement tool than using a third-party site such as Facebook.

“With Facebook, the audience is huge, the cost is low, but it’s not clear the engagement is high in terms of delivering positive outcomes,” he said. “It seems like you’re not getting much, at least from what we can tell from anecdotal evidence and a couple of studies.”

By contrast, the data Manchanda and his colleagues gathered and analyzed from the company-sponsored community showed clear advantages for the firm. The economic return for the company they studied was not long in coming.

“We estimated that the firm would break even on its investment when 33,000 of its customers signed up for the community,” he said. “Given that the firm acquired 260,000 members within the first 15 months after community launch, this was clearly a very profitable investment for the firm even though immediate profit wasn’t the original objective.”