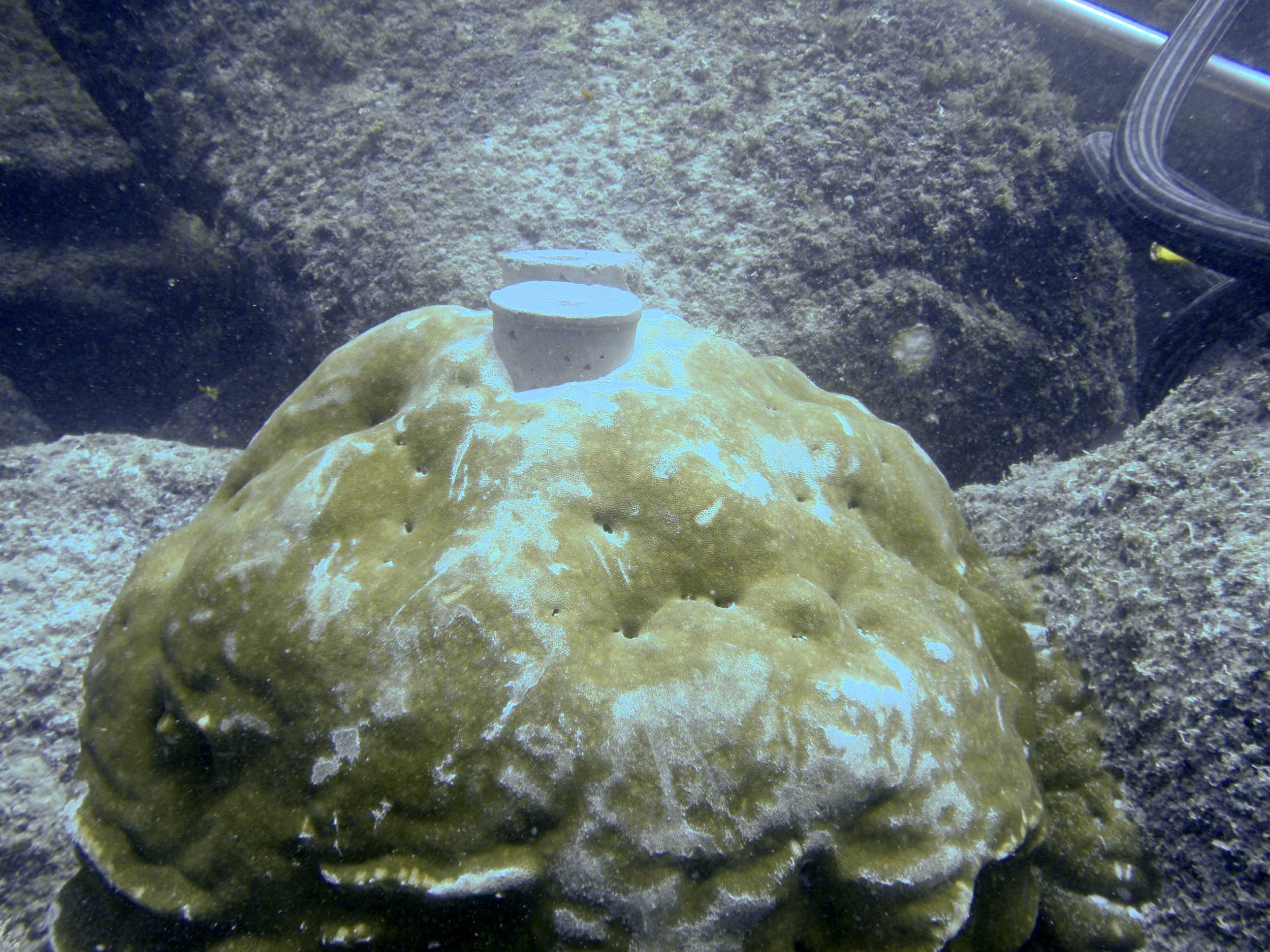 A Porites lobata coral colony near Wolf Island, a small island in the Galapagos, after drilling. Cement plugs fill the holes left by the drill cores to protect the corals from animals that might eat away at the coral skeleton’s unprotected interior. Image credit: Diane Thompson, Copyright 2010 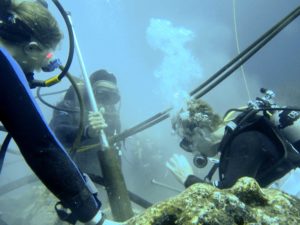 ANN ARBOR—The ocean around the Galápagos Islands has been warming since the 1970s, according to a new analysis of the natural temperature archives stored in coral reefs.

The finding surprised the research team because the sparse instrumental records for sea surface temperature for that part of the eastern tropical Pacific Ocean did not show warming. The team was led by University of Arizona researchers and includes a University of Michigan paleoclimatologist.

“People didn’t know that the Galápagos or eastern Pacific was warming. People theorized or suggested it was cooling,” said lead author Gloria Jimenez, a University of Arizona doctoral candidate in geosciences.

Scientists thought strong upwelling of colder deep waters spared the region from the warming seen in other parts of the Pacific. But the coral study showed that wasn’t the case, said Jimenez, who conducted the research as part of her doctoral work. 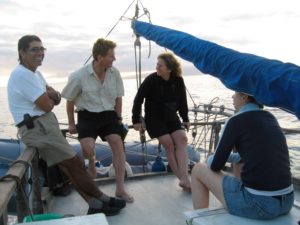 “My colleagues and I show that the ocean around the northern Galápagos Islands is warming and has been since the 1970s,” she said.

Jimenez and her colleagues studied cores taken from coral heads in the uninhabited northern part of Galápagos National Park. The cores represented the years 1940 to 2010. Corals lay down seasonal growth layers that serve as a natural archive of ocean temperatures.

The very strong El Niño of 1982-83 temporarily warmed the surrounding ocean so much that most of the corals in the southern part of the Galápagos died, said co-author Julia Cole of the University of Michigan, who collected the coral cores while she was a faculty member at the University of Arizona.

Cole said she is concerned about ocean warming around the northern Galápagos and parts of the eastern tropical Pacific.

“Warming in this area is particularly disturbing, because it’s the only place that reefs have persisted in the Galápagos. This suggests those reefs are more vulnerable than we thought,” said Cole, a professor in the U-M Department of Earth and Environmental Sciences and Jimenez’s adviser. 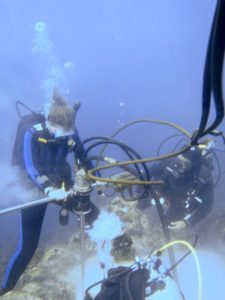 The research paper, “Northern Galápagos corals reveal twentieth-century warming in the eastern tropical Pacific,” by Jimenez, Cole and their co-authors, Diane Thompson of Boston University and Alexander Tudhope of the University of Edinburgh, was published online Feb. 21 in Geophysical Research Letters.

Cole, a paleoclimatologist, has been studying climate change and the El Niño/ La Niña climate cycle for 30 years.

In 1989, she went to the Galápagos hoping to use the natural climate archives stored in corals to develop a long-term record of El Niño, but found that none of the large, old corals others reported had survived the intense warming of the 1982-83 El Niño.

“We went from site to site—and they were all gone,” Cole said. “One of my co-workers said, ‘There used to be corals here, and now all I see is sand.'”

Years later, she heard large corals were still alive near Wolf Island in the remote northern part of the Galápagos archipelago. So in 2010 she followed up on the tip with a team that included co-authors Tudhope and Thompson, then a University of Arizona graduate student. 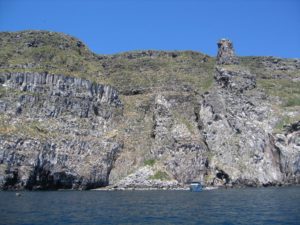 Wolf Island, a small island in the remote northern part of the Galapagos archipelago. University of Michigan paleoclimatologist Julia Cole (who was at the University of Arizona at the time) and her colleagues collected coral samples near the island in 2010. Some of the samples were analyzed to produce a continuous record of the region’s ocean temperature from 1940 to 2010. Image credit: Julia Cole

The team members dove to the reef and took several cores from large, blobby dome-shaped Porites lobata corals using an underwater hydraulic drill powered by vegetable oil. The three-and-a-half-inch (8.9 cm) diameter cores ranged from 2 to 3 feet long and had annual bands 0.4 to 0.8 inches (1-2 cm) wide. Each core showed damage from when the coral stopped growing during the 1982-83 El Niño and then started growing again.

Jimenez used chemical analysis to tease temperature information out of two of those coral cores. 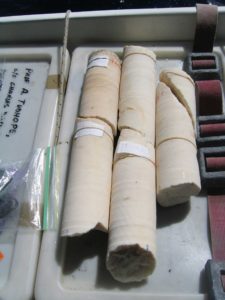 One of the coral cores collected near Wolf Island in the Galapagos in 2010. Samples from the corals were analyzed to produce a continuous record of the region’s ocean temperature from 1940 to 2010. Image credit: Julia Cole

Jimenez used a little drill bit to take a tiny sample every millimeter for the length of each core. She took 10 to 20 samples from each annual band of each core and analyzed the samples for the strontium/calcium ratio using atomic emission spectrometry.

She then used that information to create a continuous record of the region’s ocean temperature from 1940 to 2010.

Because the El Niño/ La Niña climate cycle generates large fluctuations in ocean temperatures around the Galápagos and in the eastern tropical Pacific, long-term changes can be hard to spot.

Jimenez said her research convinces her that the ocean around the Galápagos and much of the eastern tropical Pacific is warming. She’s concerned about the effect of warming seas.

“The Galápagos National Park has been designated a World Heritage Site because it’s a special and unique place,” Jimenez said. “Losing the corals would be an enormous blow to the underwater biodiversity.”

Jimenez’s next project involves analyzing an 8-foot-long Galápagos coral core she collected in 2015 that goes back to about 1850.

This story was provided by the University of Arizona.