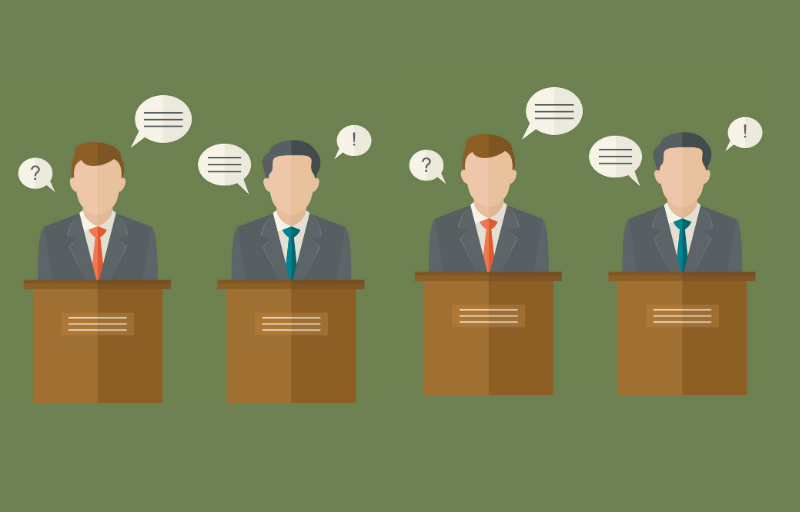 ANN ARBOR—Twenty Democratic presidential candidates get their first chance to discuss their platform during a two-day televised debate in Miami, beginning Wednesday. 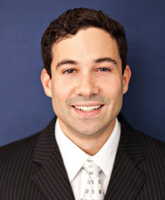 University of Michigan debate director Aaron Kall says the candidates—especially those who don’t have a strong name recognition—must perform well because a positive first impression could result in positive momentum.

Democrats will unofficially begin the 2020 presidential campaign to unseat President Donald Trump with this first debate. Discuss the dynamics of having 20 of the 24 candidates on stage (10 each night).

Kall: The size and scope of the Democratic primary debates is unprecedented. A large stage filled with a lengthy roster of candidates and five moderators ensures everyone will be jockeying for airtime and attention. Quick retorts and well-timed zingers could be required for the lower-tier candidates to stand out in such a large field. The front-runners will garner a disproportionate amount of the questions and attention from the moderators, so those on the ends of the stage will have to shine in order to be noticed and included in critical exchanges throughout the evening.

How important is this debate considering it’s the first of many during the next year?

Kall: The candidates only have one opportunity to make a positive first impression on a viewing audience that could eclipse tens of millions of likely voters. Many of the candidates don’t yet have a national following or strong name identification. A solid performance could yield positive momentum and cause voters to give particular candidates a second look. After the debates conclude on Thursday night, the immediate attention will turn to the qualification process for the Detroit debates. If candidates don’t have a strong performance, they may not qualify for the next debate and fundraising for their campaigns could quickly evaporate.

What must a candidate do to stand out to have his/her message resonate with voters? Should many of the candidates focus their messages against the Democratic poll leaders or Trump?

Kall: Making an individual connection with voters while surrounded by so many other candidates will be difficult. The debates offer some of the candidates an opportunity to present their biographies and potential agendas to an inquisitive crowd. Vice President Biden will likely train his fire on President Trump because he’s the front-runner of the race and prefers to avoid squabbles with lower-tier candidates. This is also consistent with his theme of being the most formidable and experienced candidate to tussle with the president in a general election. Other candidates will prefer to engage with their fellow opponents present on the stage. President Trump’s involvement in the debate will be a wild card and it will be no surprise if his presence is strongly felt throughout the course of the debates.

The polls have Biden, Sanders and Warren as the front runners. Which candidate must have the best performance among those three?

Kall: Senator Bernie Sanders certainly faces the most pressure this week. After a surprisingly strong performance during the previous election cycle, he’s struggled out of the gate this time and has recently lost some ground to Elizabeth Warren. Senator Sanders will have the dueling responsibility of attacking front-runner Biden on Thursday night, in addition to simultaneously making appeals to voters that are also considering Warren. The expectations for these three candidates are very high, which makes it more difficult for them to have standout performances. Senator Warren is surrounded by lower-tier candidates, which should be a major advantage and could further bolster her recent polling momentum. Vice President Biden will mostly be focusing on President Trump and the general election. He could certainly commit an embarrassing gaffe, but has mostly been Teflon through his previous stumbles on the campaign trail.

What are two or three issues that these candidates should emphasize?

Kall: The candidates must make a succinct case why they are best prepared to defeat President Trump in the general election. A dual ability to excite and turn out base voters in an election, while also appealing to moderates and independents would be ideal. Explaining policy proposals regarding major issues like health care, education, immigration, etc., is paramount. The 20 candidates have a wide array of job experiences that prepare them to be president, and their specific skill sets for the job should be thoroughly emphasized.

Is this debate more about connecting with Florida voters or those nationwide?

Kall: A nationwide audience will be the primary target for the candidates while debating in Miami. Most of the questions asked by the moderators will be of a national or international context, although there will surely be Florida-specific content. The Florida primary doesn’t occur until later in the process and many of the debate candidates may not even be a part of the race at that time. The most important thing is for the candidates to have a solid performance so they garner some momentum and qualify for the next slate of debates. There will be a maximum of 12 total debates, so this will be a lengthy marathon of a contest. A nationwide focus will help the candidates perform well in the early primary and caucus states, in addition to giving them the best opportunity to meet the fundraising thresholds that will continue to tighten for future debate contests.