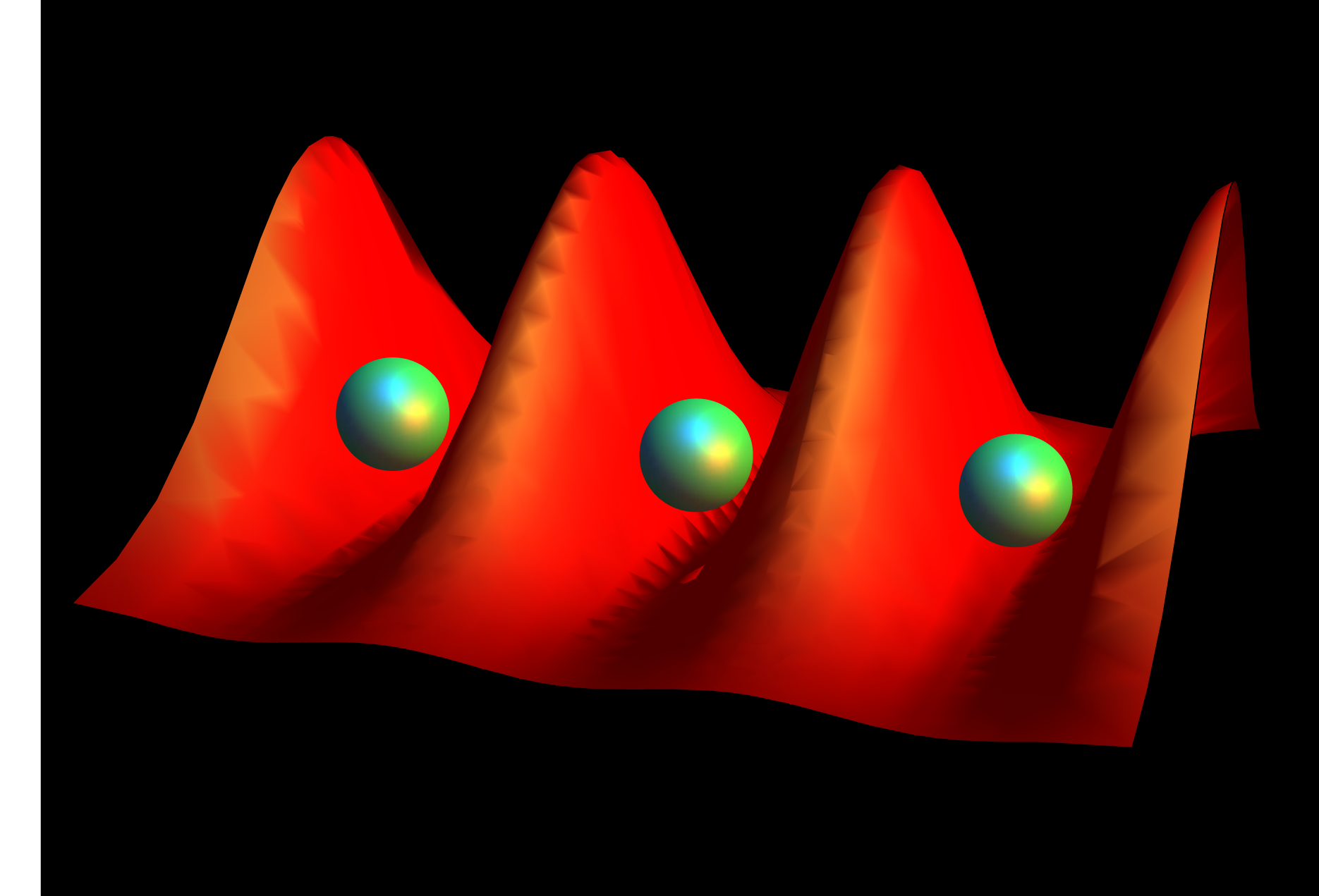 Giant Rydberg atoms become trapped in wells of laser light in a new highly efficient trap developed by University of Michigan physicists. They liken it to an egg carton. Image: Sarah AndersonANN ARBOR—In an egg carton of laser light, University of Michigan physicists can trap giant Rydberg atoms with up to 90 percent efficiency, an achievement that could advance quantum computing and terahertz imaging, among other applications.

Highly excited Rydberg atoms can be 1,000 times larger than their ground state counterparts. Nearly ionized, they cling to faraway electrons almost beyond their reach. Trapping them efficiently is an important step in realizing their potential, the researchers say.

Here’s how they did it:

“Our optical lattice is made from a pair of counter-propagating laser beams and forms a series of wells that can trap the atoms, similar to how an egg carton holds eggs,” said Georg Raithel, a U-M physics professor and co-author of a paper on the work published in the current edition of Physical Review Letters. Other co-authors are physics doctoral student Sarah Anderson and recent doctoral graduate Kelly Younge. 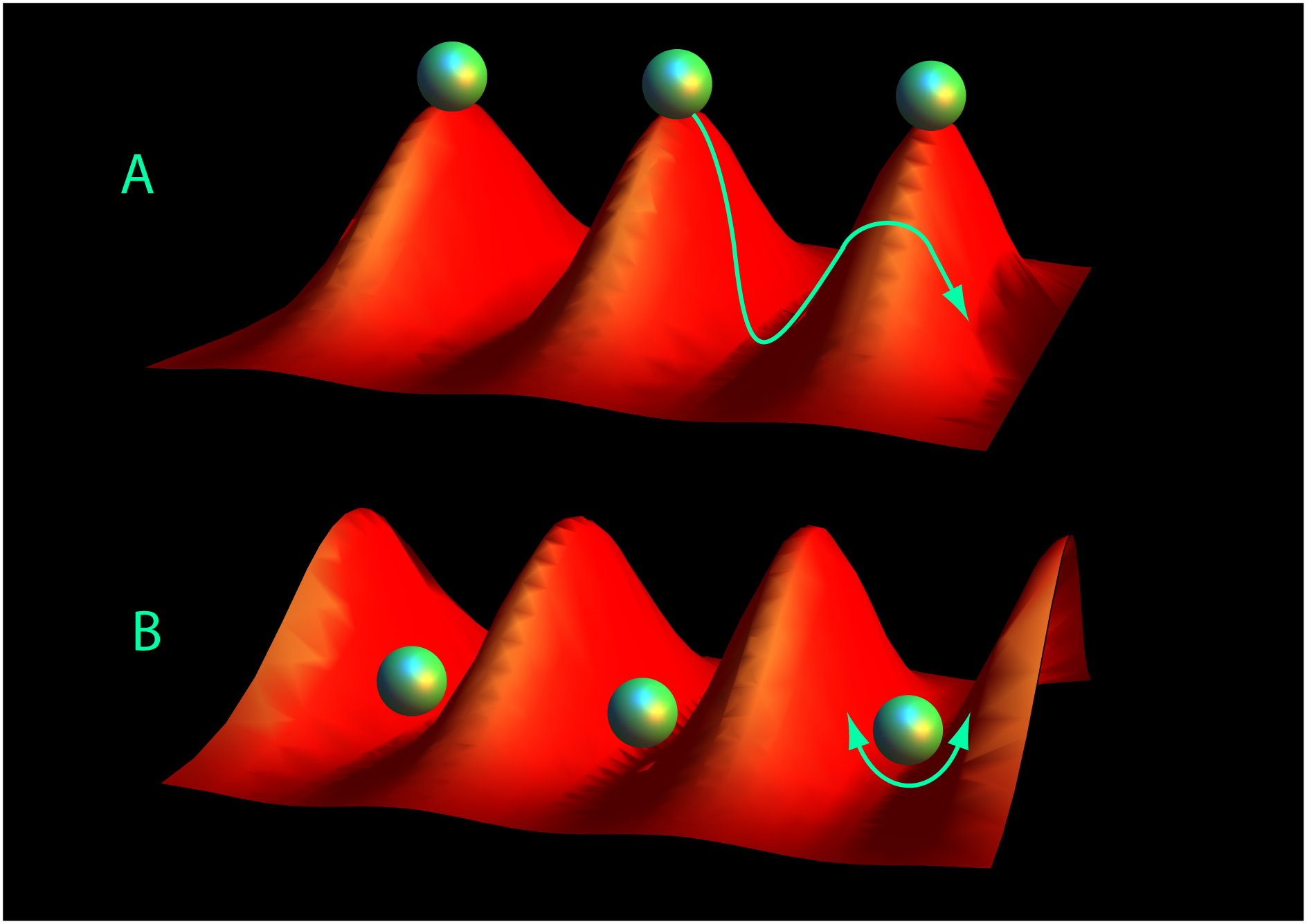 In previous Rydberg atom traps, atoms came to rest at the top of the peaks of the laser light lattice, and tended to escape. University of Michigan researchers solved this problem by quickly flipping the lattice, trapping the giant Rydberg atoms in the wells, like eggs in a carton. Image: Sarah AndersonThe researchers developed a unique way to solve a problem that had been limiting trapping efficiency to single digit percentages. For Rydberg atoms to be trapped, they first have to be cooled to slow them down. The laser cooling process that accomplishes that tended to leave the atoms at the peaks of what the researchers call the “lattice hills.” The atoms didn’t often stay there.

“To overcome this obstacle, we implemented a method to rapidly invert the lattice after the Rydberg atoms are created at the tops of the hills,” Anderson said. “We apply the lattice inversion before the atoms have time to move away, and they therefore quickly find themselves in the bottoms of the lattice wells, where they are trapped.”

Raithel says there is plenty of technological room left to reach 100 percent trapping efficiency, which is necessary for advanced applications. Rydberg atoms are candidates to implement gates in future quantum computers that have the potential to solve problems too complicated for conventional computers. They could also be used in terahertz imaging and detection devices that could be used in airport scanners or surveillance equipment.

This work is supported by the National Science Foundation and the Department of Energy. The paper is titled “Trapping Rydberg atoms in an optical lattice.”