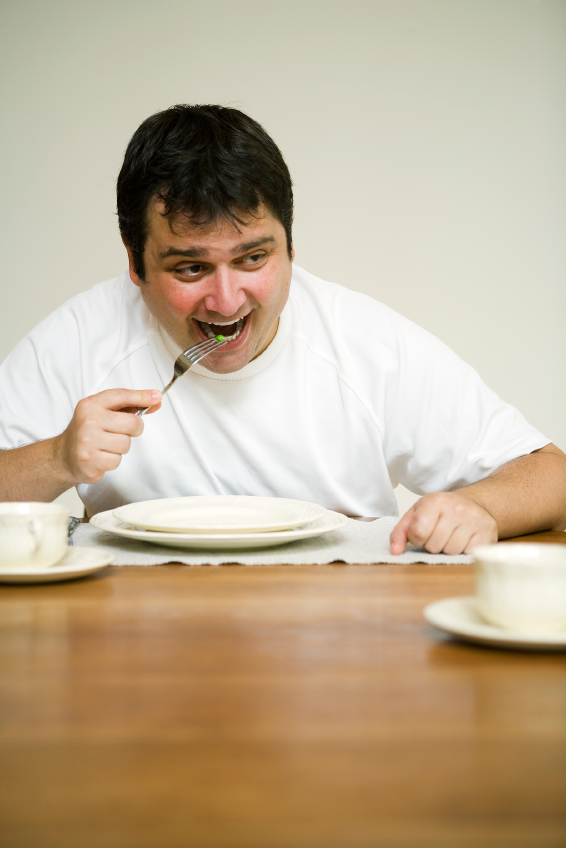 ANN ARBOR—Married men will eat their peas to keep the peace, but many aren’t happy about it, and may even binge on unhealthy foods away from home.

“The key to married men adopting a healthier diet is for couples to discuss and negotiate the new, healthier menu changes as a team,” said Derek Griffith, assistant professor at the University of Michigan School of Public Health.

This seems obvious, but most times it doesn’t happen, according to a new study called “‘She looks out for the meals, period.’ African-American men’s perceptions of how their wives influence their eating behavior and dietary health.”

Researchers conducted focus groups with 83 African-American men. The majority of men said their wives didn’t consult them when helping them to adopt a healthier diet. Even though the healthier diet was often ordered by a physician, the husbands often disliked the food changes, but to avoid conflict, they didn’t object. Men focused more on maintaining a happy home than having a say in what they ate.

In fact, the only examples found of couples negotiating healthy food choices came about to benefit the children in the home, Griffith said.

However, without that communication, those good intentions and healthy diet changes often backfired, the study found. After tasteless ground turkey for the fifth night in a row, some men would head to the all-you-can-eat buffet for “a landslide of food.”

“I think at dinner a lot of men are eating healthier, but they compensate for the dissatisfaction of not eating what they want by making unhealthier choices outside the home,” Griffith said.

Physicians can help by recognizing that wives play a central role in what men eat at home, Griffith said.

“Doctors could suggest that men have a tactful conversation with their wives in a way that ensures the husbands aren’t sleeping on the couch that night,” Griffith said.

Julie Ober Allen of the U-M School of Public Health and Henry Gaines of Black Men for Social Change are co-authors.

The University of Michigan School of Public Health has been promoting health and preventing disease since 1941, and is rankhttp://vimeoed among the top five public health schools in the nation. Whether making new discoveries in the lab or researching and educating in the field, our faculty, students, and alumni are deployed around the globe to promote and protect our health. http://www.sph.umich.edu/