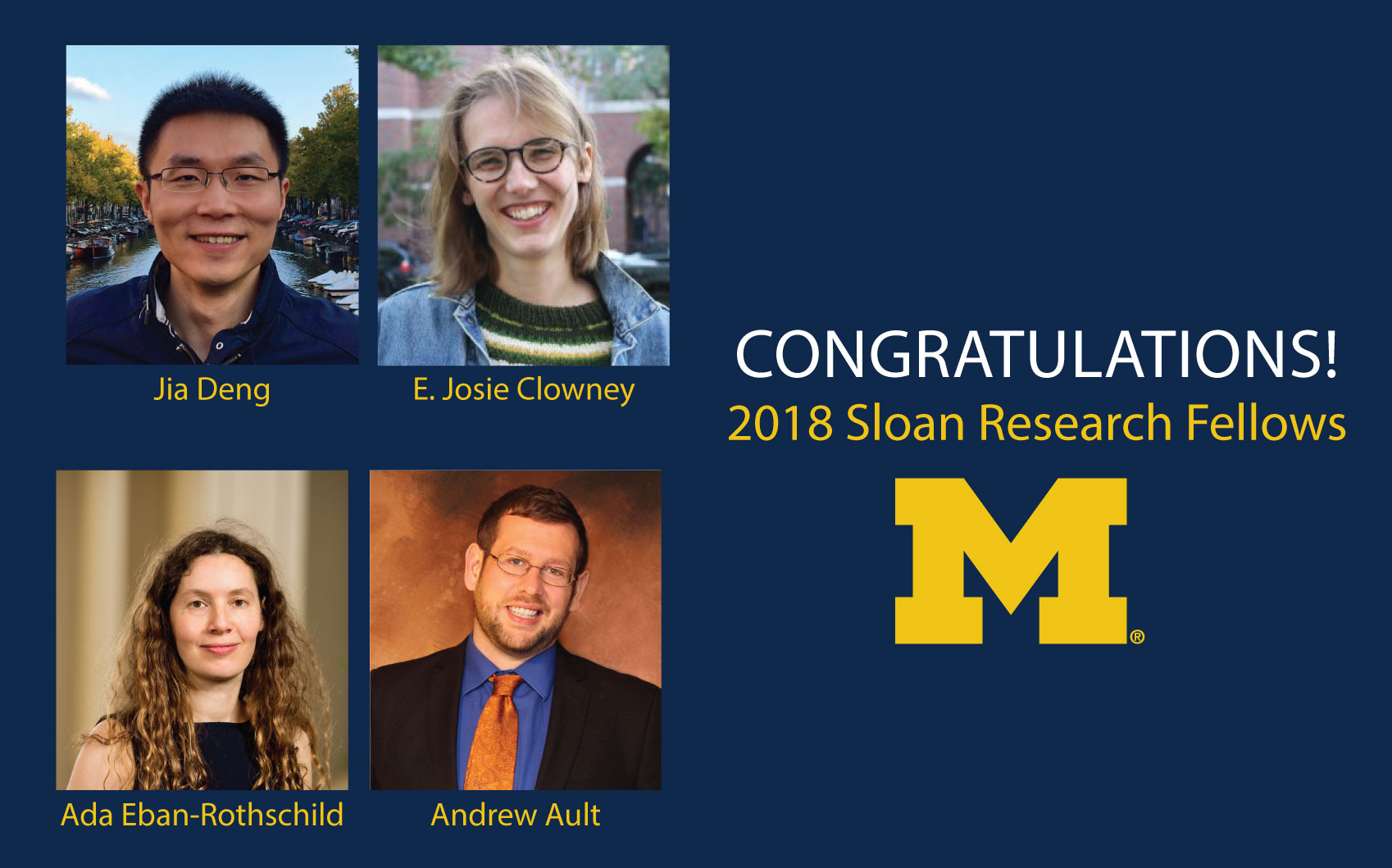 The researchers are part of a group of 126 early-career scholars recognized by the Alfred P. Sloan Foundation. The recipients receive a two-year, $65,000 fellowship to support their research.

“The Sloan Research Fellows represent the very best science has to offer,” said Sloan president Adam Falk. “The brightest minds, tackling the hardest problems, and succeeding brilliantly—fellows are quite literally the future of 21st century science.”

Drawn this year from 53 colleges and universities in the United States and Canada, the 2018 Sloan Research Fellows represent a diverse array of institutions and backgrounds. U-M’s fellows include:

Past Sloan Research Fellows include many towering figures in the history of science, including physicists Richard Feynman and Murray Gell-Mann, and game theorist John Nash. Forty-five fellows have received a Nobel Prize in their respective field, 16 have won the Fields Medal in mathematics, 69 have received the National Medal of Science, and 17 have won the John Bates Clark Medal in economics, including every winner since 2007.

Open to scholars in eight scientific and technical fields—chemistry, computer science, economics, mathematics, computational and evolutionary molecular biology, neuroscience, ocean sciences, and physics—the Sloan Research Fellowships are awarded in close coordination with the scientific community. Candidates must be nominated by their fellow scientists and winning fellows are selected by an independent panel of senior scholars in their field on the basis of a candidate’s research accomplishments, creativity and potential to become a leader in his or her field.