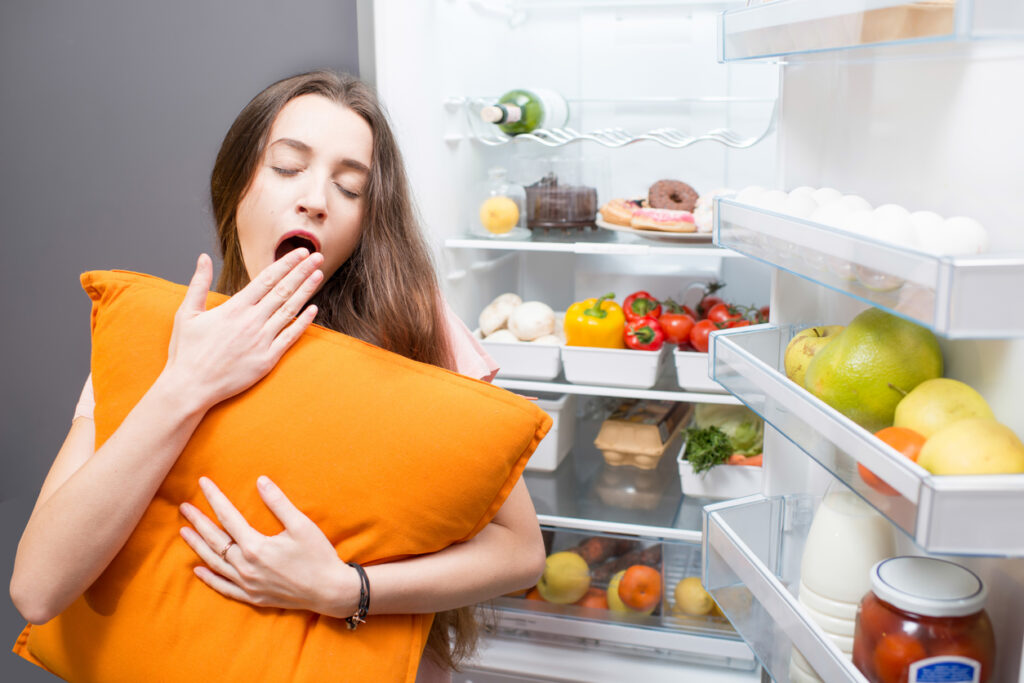 Young adults who reported consuming less than five servings of fruits and vegetables per day reported a high prevalence of chronic insomnia symptoms, with over one-third reporting difficulties with falling asleep or maintaining sleep at least three times per week for three months or longer.

Women who were able to increase their fruit and vegetable intake by three or more servings over a three-month period were more than twice as likely to experience an improvement in these insomnia symptoms, according to the study published in the Sleep Health Journal.

“We were very excited to see that a fairly simple dietary intervention, such as encouraging an increase in fruit and vegetable consumption, could make such an impact on sleep,” said Erica Jansen, lead author of the study and research assistant professor of nutritional sciences at U-M’s School of Public Health. “We know from other literature that improving sleep improves overall quality of life and many other health outcomes, so the benefits likely extend beyond the sleep changes.”

“From my health educator perspective, our study shows a link between dietary choices and improved sleep for young people who wish to improve their overall health and well-being,” Alexander said. “Our study was unique in that it investigated an understudied population of generally healthy young adults. Future research designed for this population has great potential to lead to better health habits.”

Eligible young adults included those ages 21-30, who received any medical care at the centers and who reported eating less than five servings of fruits and vegetables per day. Participants were randomized into one of three groups: one had an untailored web-based program to encourage higher fruits and vegetables consumption; the second had an age-targeted tailored web-based program; and the third group also included personalized e-coaching support.

Young adults who increased their fruit and vegetable consumption by at least three servings experienced modest improvements in sleep latency (time to fall asleep) and insomnia over a three-month period, compared to participants with no change or smaller increases in fruits and vegetable intake, although there were no differences in sleep duration.

Women who increased their fruit and vegetable intake by three or more servings reported a four-minute shorter time, on average, to fall asleep at follow-up, and twofold higher odds of improvement in insomnia symptoms.

The researchers hope the findings will be incorporated into other sleep hygiene principles, which include things like maintaining a consistent bedtime and rise time, eliminating screens prior to going to bed, sleeping in a dark, cool environment, and not consuming caffeine or alcohol before bed.

In addition to Jansen and Alexander, authors included Ruicong She of Henry Ford Health System and Margaret Rukstalis of the University of South Carolina School of Medicine.