Location of Fukushima Daiichi nuclear power plant, Japan. Image credit: Wikimedia CommonsANN ARBOR—A year after the crisis at Japan’s Fukushima Daiichi nuclear power plant, scientists and engineers remain largely in the dark when it comes to fundamental knowledge about how nuclear fuels behave under extreme conditions, according to a University of Michigan nuclear waste expert and his colleagues.

In a review article in this week’s edition of the journal Science, U-M’s Rodney Ewing and two colleagues call for an ambitious, long-term national research program to study how nuclear fuels behave under the extreme conditions present during core-melt events like those that occurred at Fukushima following the March 11, 2011, magnitude 9.0 earthquake and tsunami.

Three of the plant’s six boiling-water reactors suffered partial core-melt events that involved tremendously high temperatures and powerful radiation fields, as well as interaction between seawater and nuclear fuel. Many tons of seawater were used to cool the overheated reactors and nearby spent-fuel storage ponds, and direct discharge of contaminated seawater to the ocean and groundwater occurred through approximately April 8. 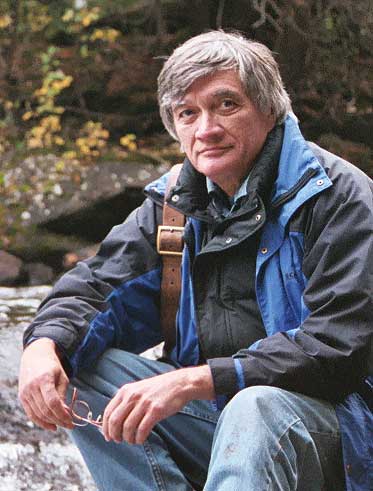 Rodney Ewing“No one, as far as I know, had asked the question, ‘Well, what happens when you do this? Are we doing something really good or really bad?'” Ewing said. “That kind of information really wasn’t available, and that expertise, as far as I could see, wasn’t there to be called upon.”

The use of seawater at Fukushima underscores the need for fundamental nuclear-fuel knowledge that can be applied over a range of unanticipated situations, Ewing said. The research should include studies of the various radioactive materials released from damaged fuel during a core-melt incident, as well as a thorough examination of how nuclear fuel interacts with fresh water and seawater, he said.

Such studies could lead to predictive models that would help nuclear plant operators respond to unforeseen events, taking appropriate and timely action to minimize impacts on the environment and human health. The Science paper reviews the current understanding of nuclear-fuel interactions with the environment during core-melt accidents.

“Almost by definition, an accident will be something that puts you in a situation that you didn’t anticipate,” said Ewing, Edward H. Kraus Distinguished University Professor. “So the research focus should be on the situations you don’t expect to deal with. Right now, that kind of knowledge is fragmentary, at best.”

Ewing’s co-authors on the Science article are Peter Burns of the University of Notre Dame and Alexandra Navrotsky of the University of California, Davis. In the article, the authors note that the “studies outlined here are both difficult and expensive, but are essential to reduce the risk associated with an increasing reliance on nuclear energy.”

Burns, Ewing and Navrotsky lead a Department of Energy-funded Energy Frontier Research Center that focuses on the materials science of actinides, the heaviest elements in the periodic table and critical elements in nuclear fuel. The research center includes scientists and engineers from six U.S. universities and three national laboratories. 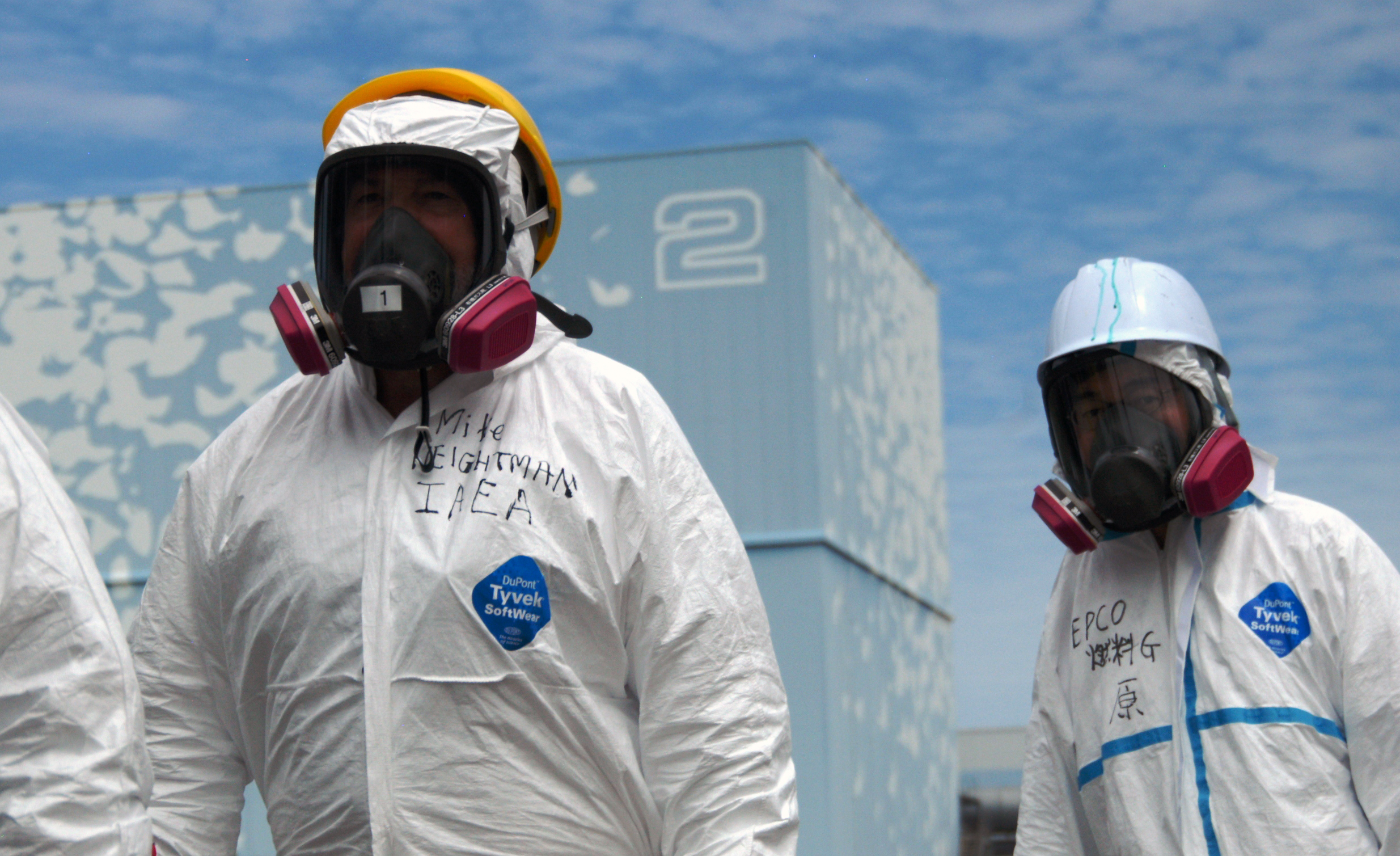 Investigators visiting the Fukushima Daiichi nuclear power plant in May 2011. Image credit: Greg Webb / IAEAOn March 11, 2011, the three operational Fukushima reactors shut down promptly after the earthquake. Most of the fuel in the reactors was uranium dioxide.

When the tsunami inundated the site about 40 minutes after the earthquake, electrical power was lost, followed by the loss of onsite backup power, resulting in a station blackout and the loss of reactor coolant. A partial core-melt event ensued in units 1, 2 and 3.

The Japanese operator, TEPCO, has surmised that there was a nearly immediate loss of core cooling in unit 1, and almost all of its fuel assemblies melted and accumulated in the bottom of the pressure vessel. Partial melting of the cores in units 2 and 3, damaging one-third of the fuel assemblies in each, occurred over the following days.

Reaction of the zirconium alloy fuel cladding with water at high temperatures generated hydrogen gas that accumulated and exploded in four of the reactor units. The release of radioactivity, other than gaseous and volatile fission products, was dominated by the many tons of seawater used to cool the cores and storage pools.

Ewing said that—despite all the uncertainties and unknowns about the short- and long-term effects—using seawater to cool the Fukushima reactors was probably the right call.

“You have a crisis, you have to cool the cores, and you can’t afford to wait around,” he said. “Using the seawater sounds like the right thing to do.”

During the nuclear crisis that followed last year’s earthquake and tsunami, 80,000 or more people were evacuated from the area nearest the Fukushima plant; a year later, they remain displaced. The Japanese government is awarding an initial $13 billion in contracts to begin decontamination and rehabilitation of the more than 8,000-square-mile region most exposed to radioactive fallout.

All but two of Japan’s 54 nuclear reactors remain shut down a year later, in a country where nuclear power once supplied nearly 30 percent of the electricity.