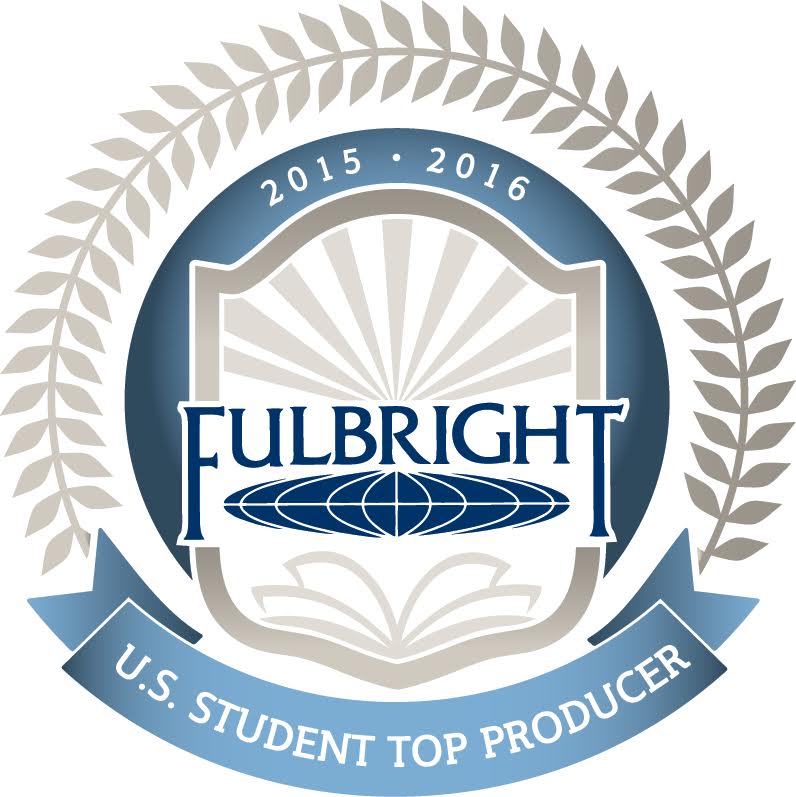 ANN ARBOR—For the third straight year, students from the University of Michigan have received more Fulbright grants than those from any other public university in the U.S.

The grants—one of the U.S. government’s most prestigious awards—were provided to 29 students at U-M to study, conduct research or teach English overseas for six to 12 months in 2015-16. Recipients were chosen for their academic merit and leadership potential.

The students’ interests range from studying migrants in Mexico and researching urban flooding in Indonesia to investigating how preparations for the Olympics affect low-income communities in Brazil.

“The students at U-M display a public ethos that is an example to all of us,” said James Holloway, vice provost for global and engaged education. “As a group, they seek constantly to engage the world and make a positive difference to the international community. Our strong representation in the Fulbright competition is a reflection of this global perspective, supported on a foundation of strong academic preparation.”

The only U.S. institution that received more Fulbrights for students this academic year was Harvard University, which had 31.

Fulbrights were also awarded to five U-M faculty members, which put the university No. 6 on the list of top-producing institutions in the U.S.

Sponsored by the U.S. Department of State, the Fulbright program seeks to increase mutual understanding between the U.S. and other countries as well as help the recipients achieve their academic goals. More than 1,900 U.S. students, artists and young professionals from 100 different fields are offered Fulbrights each year.

Crucial to U-M’s success has been the staff at the university’s International Institute who provide individual advising to applicants throughout the application process.

“It is no accident that U-M once again leads the nation as the top-producing public university,” said Pauline Jones Luong, the institute’s director. “The faculty and staff at the International Institute are deeply committed to international education and global engagement. They play an enormous role in inspiring and preparing students to participate and succeed in this competition.”

U-M’s student grantees include John Doering-White, a Ph.D. candidate in social work and anthropology. He is researching the experiences of undocumented Central Americans migrating through Mexico.

“The Fulbright has provided me with the funding necessary to carry out a significant chunk of my dissertation fieldwork,” he said.

Another Fulbright recipient is Layne Vandenberg, who earned a bachelor’s degree in international relations and Spanish, with a minor in global media studies.

Vandenberg is in Rio de Janeiro investigating how preparations for the 2016 Olympic Games are affecting people who live in the slums, known as favelas. She is also researching the impact of the Paralympic Games in September on the disabled community.

“Receiving a Fulbright is a great honor because it provides me with the unique opportunity to conduct focused research alongside partners and organizations, and to work on specific projects with goals beyond the academic world or an academic product,” she said. “In terms of my future, the Fulbright gives me a space to experiment with and fail in my field of interest and see how development and sport can push positive change.”