Genes for Good: Harnessing the power of Facebook to study a large, diverse genetic pool 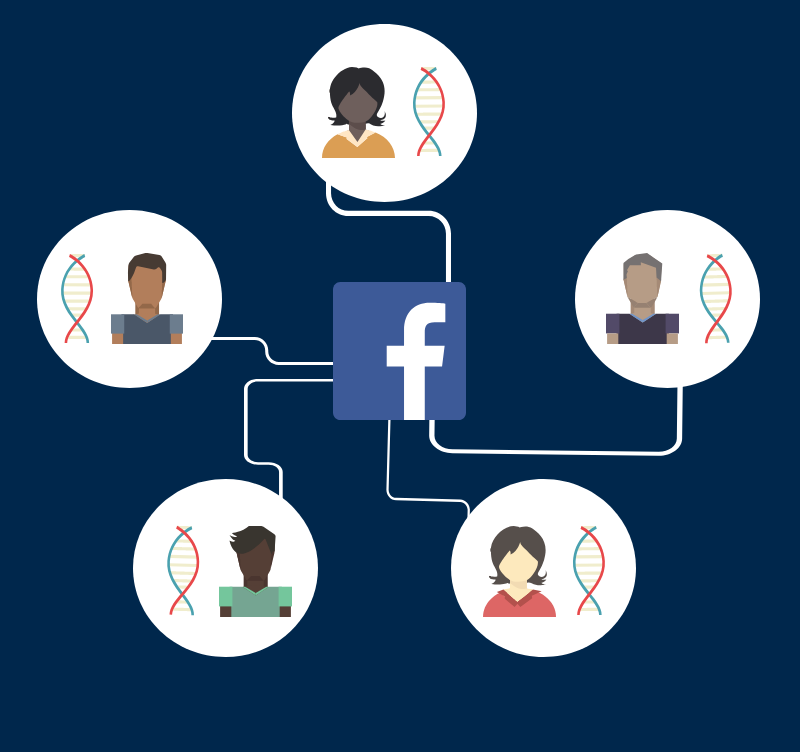 ANN ARBOR—Collecting DNA samples for human genetic studies can be an expensive, lengthy process that has often made it difficult to include diverse populations in studies of medical and health data.

University of Michigan researchers and their colleagues believe they have found a way to harness the power of social media and its ubiquitous presence to recruit a large, diverse participant pool they hope will help provide quick, reliable data for genetic studies. Their study appears in the June 13 issue of The American Journal of Human Genetics. 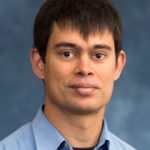 Katharine Brieger, a doctoral student in public health and first author of the report, said that for studies to be relevant to a broader population, they need to include samples of a wide range of racial, ethnic and socioeconomic backgrounds.

“Historically, genetic studies were largely made up of people who lived near university medical centers, inadvertently excluding people who lived in more remote areas or who didn’t have the time and money to travel,” she said. “Allowing remote participation with Genes for Good allows many of these people to participate in research for the first time.” 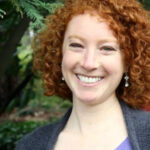 Researchers invited people to participate in the Genes for Good study through Facebook starting in January 2015. Requirements included that participants live in the United States, have a Facebook account and be at least 18. Most of the recruitment was done organically, with people finding the Genes for Good application through family and friends.

Once an individual consented to the study, they were invited to complete online health history assessments, daily tracking surveys and a separate module to report additional health conditions. Once participants completed a minimum of questionnaires, they received a spit kit to collect DNA for analysis.

Participants who provided a DNA sample received a free breakdown of their genetic ancestry and were able to download their raw DNA data in a digital format to analyze on their own or share with thirdr-party interpretation services. While taking the surveys, they were able to compare their survey responses to those of other Genes for Good participants.

Researchers said while study participants tended to be younger and more female than the U.S. population, they more closely resembled it in terms of diversity and household income than other genetic ancestry programs.

When looking at health conditions such as important risks of cardiovascular disease, researchers observed similar rates of high cholesterol, hypertension and smoking to those reported in nationally representative epidemiologic studies.

“Most genetic studies end up being 90-95% white. The 76% we have is closer to the U.S. population.”
Gonçalo Abecasis

“We found that Genes for Good participants had similar rates of chronic disease indicators when compared to the general U.S. population, which was very encouraging,” Brieger said. “We wanted to be sure that not only was the sample large, but also that the findings would be generalizable to our population of interest—in this case, U.S. residents.”

Abecasis said researchers worked hard to protect participants’ privacy. In addition to following U-M’s data protection standards for genetic studies, they required a two-factor authentication for users accessing genetic data, encrypted all data transmissions and made sure Facebook did not have access to the genetic data. Personally identifiable information and research information was collected by and saved in separate servers.

“It was really important to us that participants should be in control of what data they share with us,” Abecasis said. “All our surveys are optional, and users can choose which surveys to contribute to. We have also worked hard to keep research use of the data completely separate from private information, like user names and addresses.”

Researchers plan on continuing to analyze the samples they have and are seeking additional funding opportunities to continue collecting and analyzing samples.