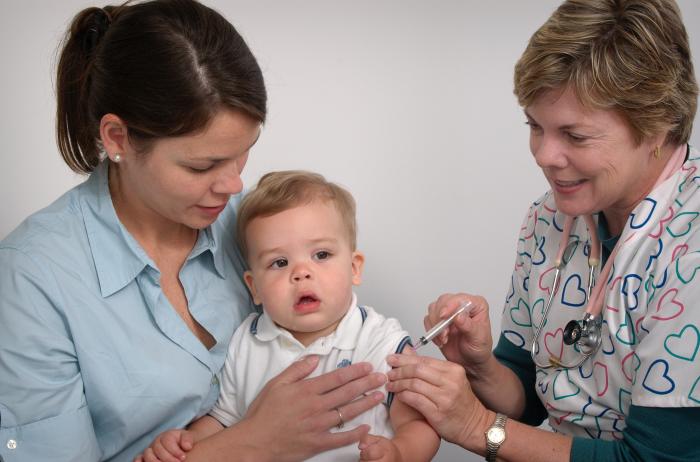 That’s one of the findings from a new University of Michigan-led study that analyzed thousands of Google searches for “chickenpox.” The researchers downloaded and analyzed freely available Google Trends data from 36 countries on five continents, covering an 11-year period starting in 2004.

The technique is sometimes called digital epidemiology and has previously been used to identify outbreaks of diseases like influenza, rotavirus and norovirus. But the chickenpox study is the first to use digital epidemiology to show the effectiveness of a vaccine, said Kevin Bakker, a doctoral student in the U-M Department of Ecology and Evolutionary Biology.

“It is really exciting to see human information-seeking behavior—Google searches—being reduced by vaccination implementation,” Bakker said. “It’s a very clear signal, and it shows that the vaccine is having a strong effect.”

He said the approach offers a novel way to track the global burden of childhood diseases and to illustrate the population-level effects of immunization—especially for diseases, like chickenpox, where clinical case data are scarce. However, the technique is limited to countries where internet service is widely available.

Bakker is lead author of a paper on the topic published online May 30 in the Proceedings of the National Academy of Sciences. The work will also be a chapter in his doctoral dissertation.

The study is one of the most comprehensive digital epidemiology efforts to date, Bakker said. Examining data from several dozen countries enabled the researchers to identify the seasonality of chickenpox outbreaks, which occurred in the springtime worldwide, he said.

The main idea behind digital epidemiology studies is that the number of Google searches spikes in response to an infectious-disease outbreak as worried parents and others seek information about symptoms, treatment, vaccines and related topics.

To demonstrate that internet queries about chickenpox can be used as a reliable proxy for disease incidence, Bakker and his colleagues had to show that Google Trends data accurately reflected clinical cases. But chickenpox is not included in the World Health Organization’s global monitoring system for vaccine-preventable diseases, and only a handful of countries report cases to national-level public health officials.

Bakker and his colleagues found that in the three countries that require reporting of chickenpox cases but do not require vaccination against the disease—Mexico, Thailand and Estonia—Google searches for “chickenpox” were strongly correlated with reported cases. In the United States and Australia, two countries that report chickenpox and require the vaccine, the correlation still held but was weaker.

These correlations enabled the researchers to create a forecasting model to predict the timing and magnitude of chickenpox outbreaks based on Google Trends data.

“These results suggest that information seeking can be used for rapid forecasting, when the reporting of clinical cases is unavailable or too slow,” the authors wrote.

But the most interesting results, according to Bakker, were analyses showing a reduction in searches for “chickenpox” following the implementation of a government-mandated vaccination program for the disease.

“These results demonstrate that if you institute nationwide vaccination for chickenpox there is a very clear reduction in searches, which is a way to infer a strong reduction in total disease incidence,” Bakker said.

One of the strengths of the study is that chickenpox is a disease with distinct symptoms, unlike influenza and other illnesses that have been studied using digital epidemiology, Bakker said.

Chickenpox is a highly contagious disease caused by the varicella zoster virus. It causes a blister-like rash, itching, tiredness and fever. The rash appears first on the stomach, back and face and then spreads over the entire body, causing between 250 and 500 itchy blisters, according to the Centers for Disease Control and Prevention. In adults, the same virus can cause shingles.