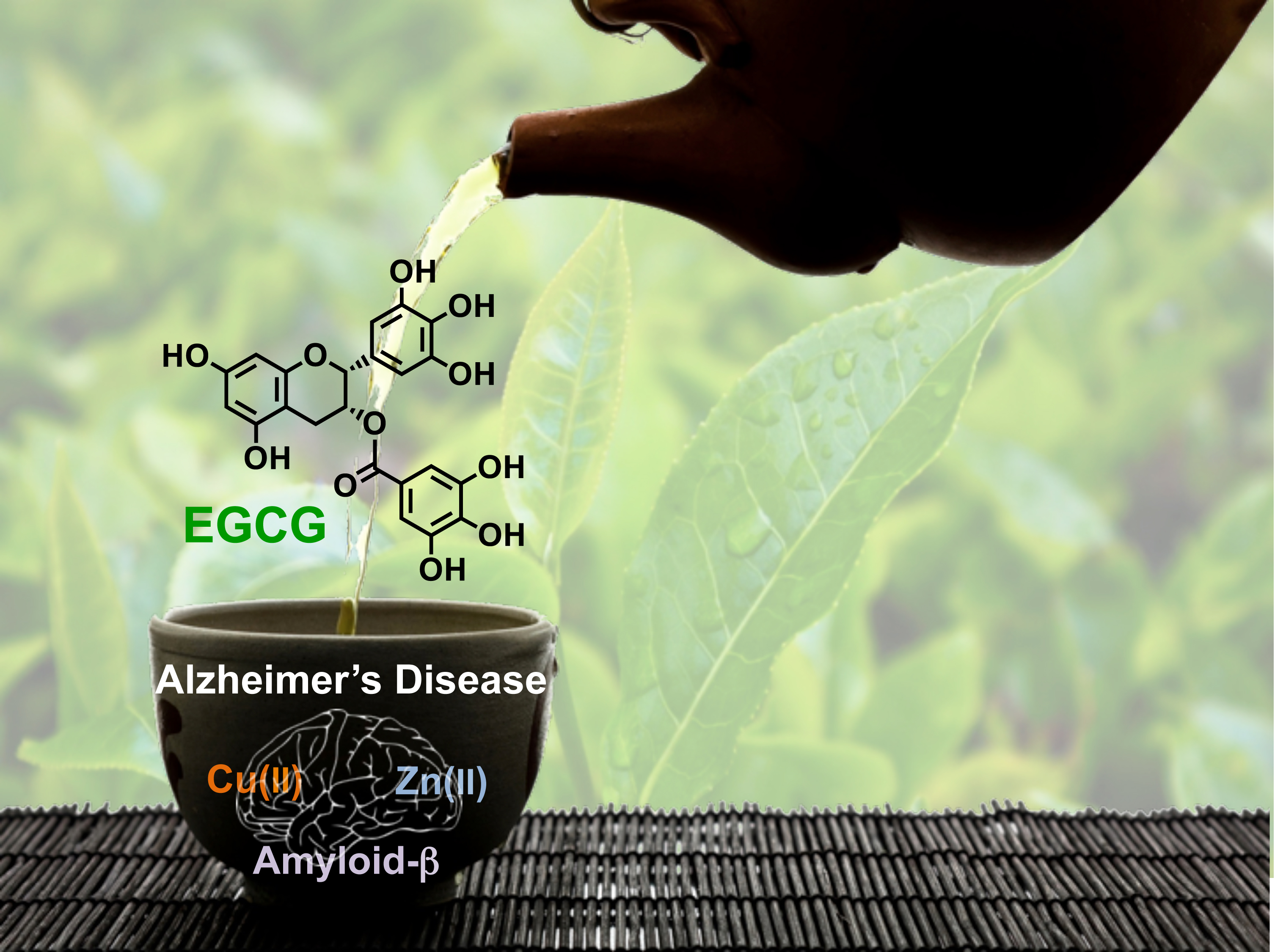 ANN ARBOR—Researchers at the University of Michigan have found a new potential benefit of a molecule in green tea: preventing the misfolding of specific proteins in the brain.

The aggregation of these proteins, called metal-associated amyloids, is associated with Alzheimer’s disease and other neurodegenerative conditions.

A paper published recently in the Proceedings of the National Academy of Sciences explained how Life Sciences Institute faculty member Mi Hee Lim and an interdisciplinary team of researchers used green tea extract to control the generation of metal-associated amyloid-β aggregates associated with Alzheimer’s disease in the lab.

The specific molecule in green tea, (—)-epigallocatechin-3-gallate, also known as EGCG, prevented aggregate formation and broke down existing aggregate structures in the proteins that contained metals—specifically copper, iron and zinc.

“A lot of people are very excited about this molecule,” said Lim, noting that the EGCG and other flavonoids in natural products have long been established as powerful antioxidants. “We used a multidisciplinary approach. This is the first example of structure-centric, multidisciplinary investigations by three principal investigators with three different areas of expertise.”

While many researchers are investigating small molecules and metal-associated amyloids, most are looking from a limited perspective, said Lim, assistant professor of chemistry and research assistant professor at the Life Sciences Institute, where her lab is located and her research is conducted.

“But we believe you have to have a lot of approaches working together, because the brain is very complex,” she said.

The PNAS paper was a starting point, Lim said, and her team’s next step is to “tweak” the molecule and then test its ability to interfere with plaque formation in fruit flies.

“We want to modify them for the brain, specifically to interfere with the plaques associated with Alzheimer’s,” she said.

Lim plans to collaborate with Bing Ye, a neurobiologist in the LSI. Together, the researchers will test the new molecule’s power to inhibit potential toxicity of aggregates containing proteins and metals in fruit flies.