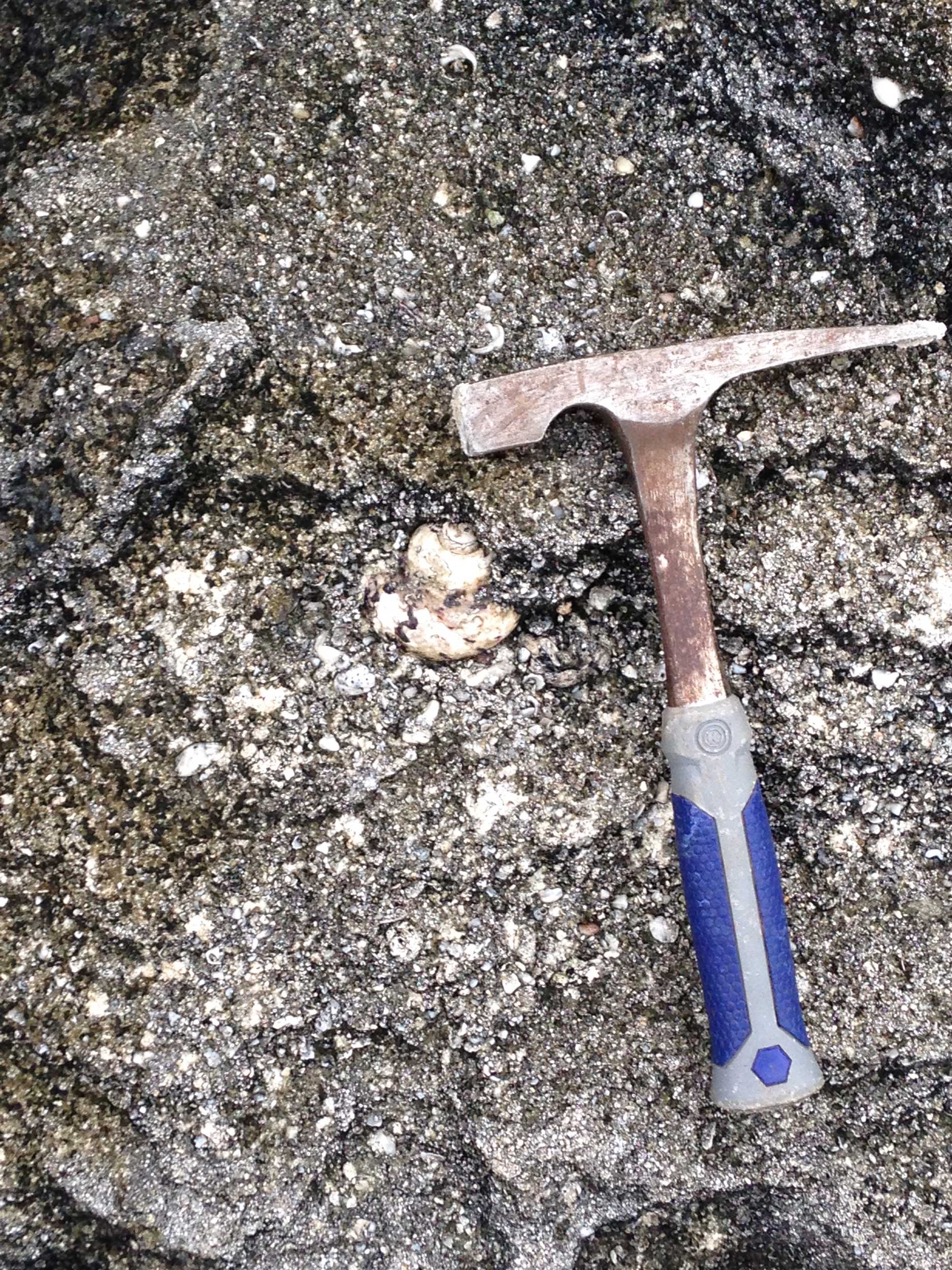 Fossilized shells of sea snails from Bermuda’s southern coast were used in a University of Michigan-led study of past ocean temperatures. Image credit: Ian Winkelstern

ANN ARBOR—A new study finds evidence that the last time Earth was as warm as it is today, cold freshwater from a melting Greenland ice sheet circulated in the Atlantic Ocean as far south as Bermuda, elevating sea levels and altering the ocean’s climate and ecosystems.

The research shows a large pulse of cold freshwater covered the North Atlantic for a brief period of time about 125,000 years ago. The freshwater likely came from meltwater from the Greenland ice sheet and severely disrupted Atlantic Ocean circulation, likely killing coral reefs, flooding North America and chilling northern Europe, according to the study.

The study is published online in Paleoceanography, a journal of the American Geophysical Union. The lead author of the paper is University of Michigan climate scientist Ian Winkelstern, a postdoctoral researcher in the Department of Earth and Environmental Sciences.

The study is believed to be the first to record ocean temperature changes during this melting event that occurred during the last interglacial period, the time between the last two ice ages.

Large meltwater events like this one have occurred in Earth’s past, but they usually happen when large continental ice sheets melt at the end of an ice age. But the new study shows melting of the Greenland ice sheet alone is enough to drive large changes in ocean circulation, according to the study’s authors.

Continued melting of Greenland in the coming decades could have similar effects, such as shutting down the Gulf Stream, decimating coral reefs in Bermuda and altering the climate of northern Europe, Winkelstern said.

“If a big enough chunk of Greenland falls off, which has clearly happened in the past and has clearly caused these dramatic changes in the past, there’s no reason to think it couldn’t happen again,” he said. “We’re doing a pretty good job of melting it right now.” 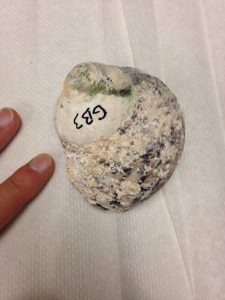 Fossilized shells of sea snails from Bermuda’s southern coast were used in a University of Michigan-led study of past ocean temperatures. Image credit: Ian Winkelstern

During the last interglacial period, Earth’s climate was about as warm as it is today. Winkelstern and his team set out to study Bermuda’s climate during this period to better understand what might happen as the planet warms. Bermuda is in the North Atlantic but is bathed in water from the Gulf Stream, an ocean current carrying warm water northward from the Gulf of Mexico, making it a good place to study past ocean conditions.

The researchers dug up fossilized shells of sea snails that lived during the last interglacial in two bays on Bermuda’s southern coast. They used the proportion of heavy carbon and heavy oxygen in the snails’ shells to calculate the temperature of the water at which the shells formed. The team compared the heavy carbon and oxygen ratios in the fossils to ratios in shells from live snails to compare water temperatures from the last interglacial to today.

The fossils from the two bays are at most only a few thousand years apart in age, meaning a large pulse of cold water must have briefly covered the North Atlantic during the last interglacial, according to Winkelstern. And the only place for that freshwater to come from during that time would be meltwater from the Greenland ice sheet, he said. The new research does not quantify how much water came from Greenland, but it was enough to disrupt ocean circulation, Winkelstern said. 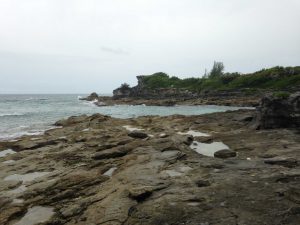 Researchers dug up fossilized shells of sea snails at two bays on Bermuda’s southern coast. The shells were used in a University of Michigan-led study of past ocean temperatures. Image credit: Ian Winkelstern

While this meltwater event is not unprecedented, it hasn’t been picked up in geological records like ocean cores because it was too short to be detected by these methods, Winkelstern said.

“In general, the last interglacial was warm throughout,” he said. “But what we think we’ve captured here is this relatively brief, on the order of decades to centuries, event, where the North Atlantic was very cold and the Gulf Stream was not transporting much warm water at all.”

“The cold conditions recorded by these shells are therefore most likely showing us what the effects of rapid melting of the Greenland ice sheet can be,” Winkelstern said. “Since anthropogenic warming is currently melting the Greenland ice sheet at an accelerating pace, these results offer a potential glimpse into a future where sufficient melting has occurred to cause AMOC shutdown.”