Harnessing the hum of fluorescent lights for more efficient computing 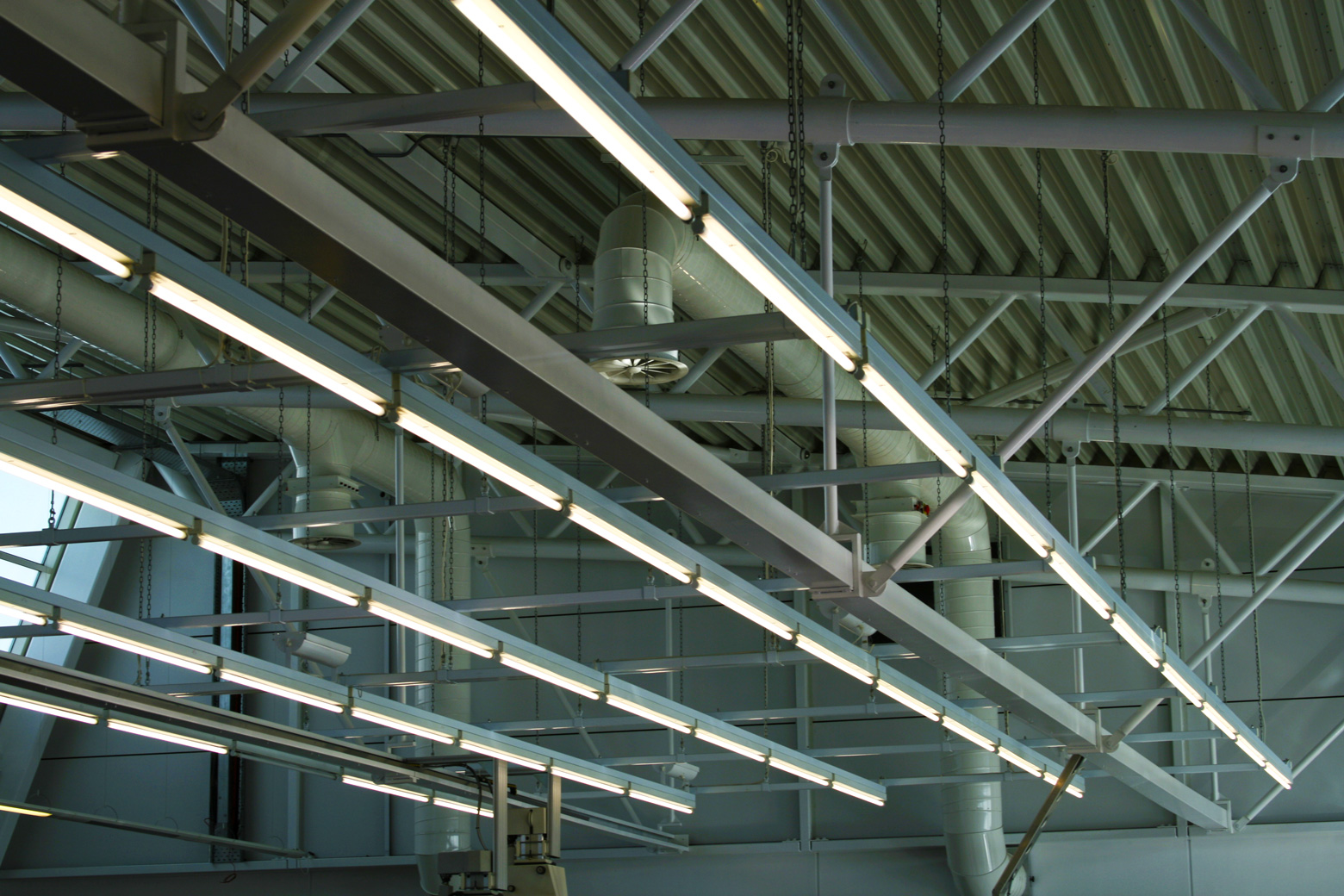 The property that makes fluorescent lights buzz could power a new generation of more efficient computing devices that store data with magnetic fields, rather than electricity.

A team led by University of Michigan researchers has developed a material that’s at least twice as “magnetostrictive” and far less costly than other materials in its class. In addition to computing, it could also lead to better magnetic sensors for medical and security devices.

Magnetostriction, which causes the buzz of fluorescent lights and electrical transformers, occurs when a material’s shape and magnetic field are linked—that is, a change in shape causes a change in magnetic field. The property could be key to a new generation of computing devices called magnetoelectrics.

Made of a combination of iron and gallium, the material is detailed in a paper published May 12 in Nature Communication. The team is led by U-M materials science and engineering professor John Heron and includes researchers from Intel; Cornell University; University of California, Berkeley; University of Wisconsin; Purdue University and elsewhere.

Magnetoelectric devices use magnetic fields instead of electricity to store the digital ones and zeros of binary data. Tiny pulses of electricity cause them to expand or contract slightly, flipping their magnetic field from positive to negative or vice versa. Because they don’t require a steady stream of electricity, as today’s chips do, they use a fraction of the energy.

“A key to making magnetoelectric devices work is finding materials whose electrical and magnetic properties are linked.” Heron said. “And more magnetostriction means that a chip can do the same job with less energy.”

Most of today’s magnetostrictive materials use rare-earth elements, which are too scarce and costly to be used in the quantities needed for computing devices. But Heron’s team has found a way to coax high levels of magnetostriction from inexpensive iron and gallium.

Ordinarily, explains Heron, the magnetostriction of iron-gallium alloy increases as more gallium is added. But those increases level off and eventually begin to fall as the higher amounts of gallium begin to form an ordered atomic structure.

So the research team used a process called low-temperature molecular-beam epitaxy to essentially freeze atoms in place, preventing them from forming an ordered structure as more gallium was added. This way, Heron and his team were able to double the amount of gallium in the material, netting a tenfold increase in magnetostriction compared to unmodified iron-gallium alloys.

“Low-temperature molecular-beam epitaxy is an extremely useful technique—it’s a little bit like spray painting with individual atoms,” Heron said. “And ‘spray painting’ the material onto a surface that deforms slightly when a voltage is applied also made it easy to test its magnetostrictive properties.”

“Intel is great at scaling things and at the nuts and bolts of making a technology actually work at the super-small scale of a computer chip,” Heron said. “They’re very invested in this project and we’re meeting with them regularly to get feedback and ideas on how to ramp up this technology to make it useful in the computer chips that they call MESO.”

While a device that uses the material is likely decades away, Heron’s lab has filed for patent protection through the U-M Office of Technology Transfer.

The paper is titled “Engineering new limits to magnetostriction through metastability in iron-gallium alloys.” The research is supported by IMRA America and the National Science Foundation (grant numbers NNCI-1542081, EEC-1160504 DMR-1719875 and DMR-1539918).