Has motorization in the US reached its peak? 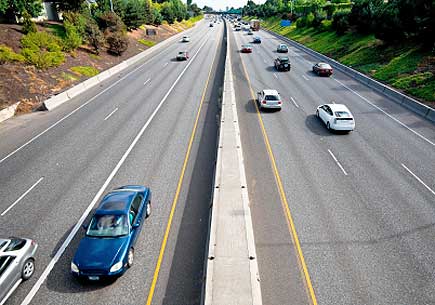 ANN ARBOR—Fewer light vehicles are on America’s roads today than five years ago, thanks possibly to increases in telecommuting and public transportation, says a University of Michigan researcher.

Michael Sivak, a research professor at the U-M Transportation Research Institute, studied recent trends in the numbers of registered cars, pickup trucks, SUVs and vans in the U.S. from 1984 to 2011. He examined both the absolute numbers and rates per person, per licensed driver and per household.

Sivak found that the absolute number of registered vehicles reached a maximum of 236.4 million in 2008, 2.6 million more than in 2011.

“It is likely that this was only a temporary maximum and that the decline after 2008 was primarily driven by the current economic downturn that started that year,” Sivak said. “Consequently, with the improving economy and the expected increase in the U.S. population, it is highly likely that from a long-term perspective, the absolute number of vehicles has not yet peaked.”

“It is likely that the declines in these rates prior to the current economic downturn reflect other societal changes that influence the need for vehicles—such as increases in telecommuting and in the use of public transportation,” Sivak said.

Sivak said that changes in the rates from 2008 on, however, likely reflect both the economy and a variety of societal changes.

“Whether the recent maxima in the rates will represent long-term peaks, as well, will be influenced by the extent to which the relevant societal changes turn out to be permanent,” he said.