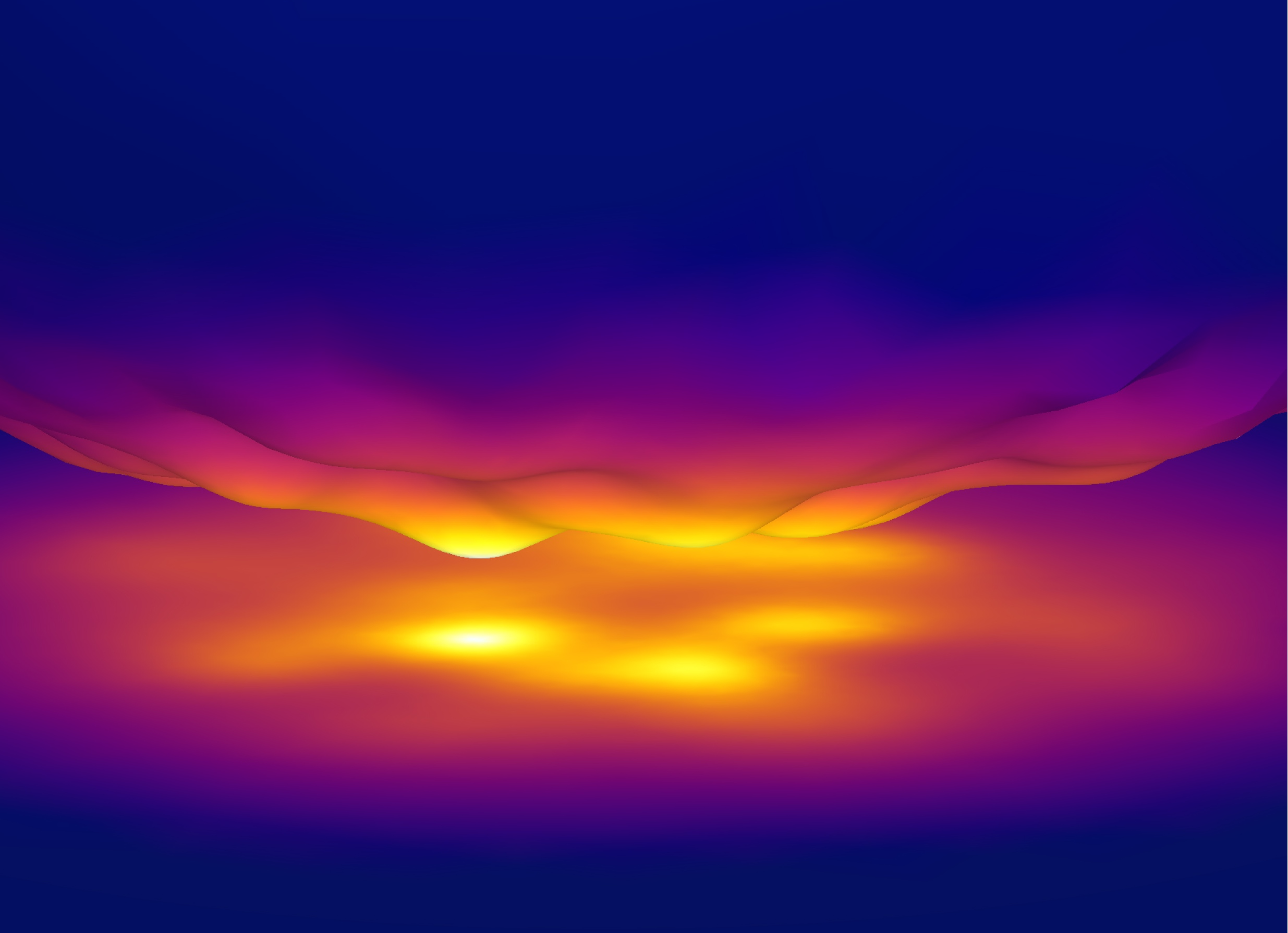 The view inside the Ultra High Vacuum Scanning Thermal Microscope, which was used to measure temperature fluxes at the nanoscale. Image credit: Joseph XuANN ARBOR—When heat travels between two objects that aren’t touching, it flows differently at the smallest scales—distances on the order of the diameter of DNA, or 1/50,000 of a human hair.

While researchers have been aware of this for decades, they haven’t understood the process. Heat flow often needs to be prevented or harnessed and the lack of an accurate way to predict it represents a bottleneck in nanotechnology development.

Now, in a unique ultra-low vibration lab at the University of Michigan, engineers have measured how heat radiates from one surface to another in a vacuum at distances down to 2 nanometers.

While the thermal energy still flows from the warmer place to the colder one, the researchers found it does so 10,000 times faster than it would at the scale of, say, a bonfire and a pair of chilly hands. “Faster” here refers to the speed at which the temperature of one sample changes the temperature of the other—and not the speed at which the heat itself travels. Heat is a form of electromagnetic radiation, so it moves at the speed of light. What’s different at the nanoscale is the efficiency of the process.

“We’ve shown, for the first time, the dramatic enhancements of radiative heat fluxes in the extreme near-field,” said Pramod Reddy, associate professor of mechanical engineering and materials science and engineering. “Our experiments and calculations imply that heat flows several orders of magnitude faster in these ultra small gaps.”

Reddy and Edgar Meyhofer, a professor of mechanical engineering and biomedical engineering, led the work. A paper on the findings is newly published online in Nature.

The findings have applications across nanotechnology. They could advance next-generation information storage such as heat-assisted magnetic recording. They could push forward devices that more directly convert heat into electricity, including heat generated in cars and spacecrafts that is now being wasted. Those are just a few potential uses.

The phenomenon the researchers studied is “radiative heat”—the electromagnetic radiation, or light, that all matter above absolute zero emits. It is the emission of the internal energy of matter from movement of particles in matter—movement that only happens above absolute zero.

Scientists can explain how this happens at macroscopic distances, dimensions we can readily perceive in the world around us, down to some we can’t see. More than 100 years ago, the German physicist Max Planck wrote the equations that make this possible. His model accurately describes heat transfer across large to relatively small voids, reaching to 10 micrometers at room temperature. But when the gap gets so tight it’s almost not there, the equations break down.

In the middle of the last century, the Russian radio physicist Sergei Rytov proposed a new theory called “fluctuational electrodynamics” to describe heat transfer at smaller-than-10-micrometer distances. Since then, research hasn’t always resulted in supporting evidence.

“There were experiments in the 1990s or early 2000s that tried to test these ideas further and they found large discrepancies between what theory would predict and what experiments revealed,” Meyhofer said.

Because of the sophistication of the U-M lab, the researchers say their findings close the case, and Rytov was right. 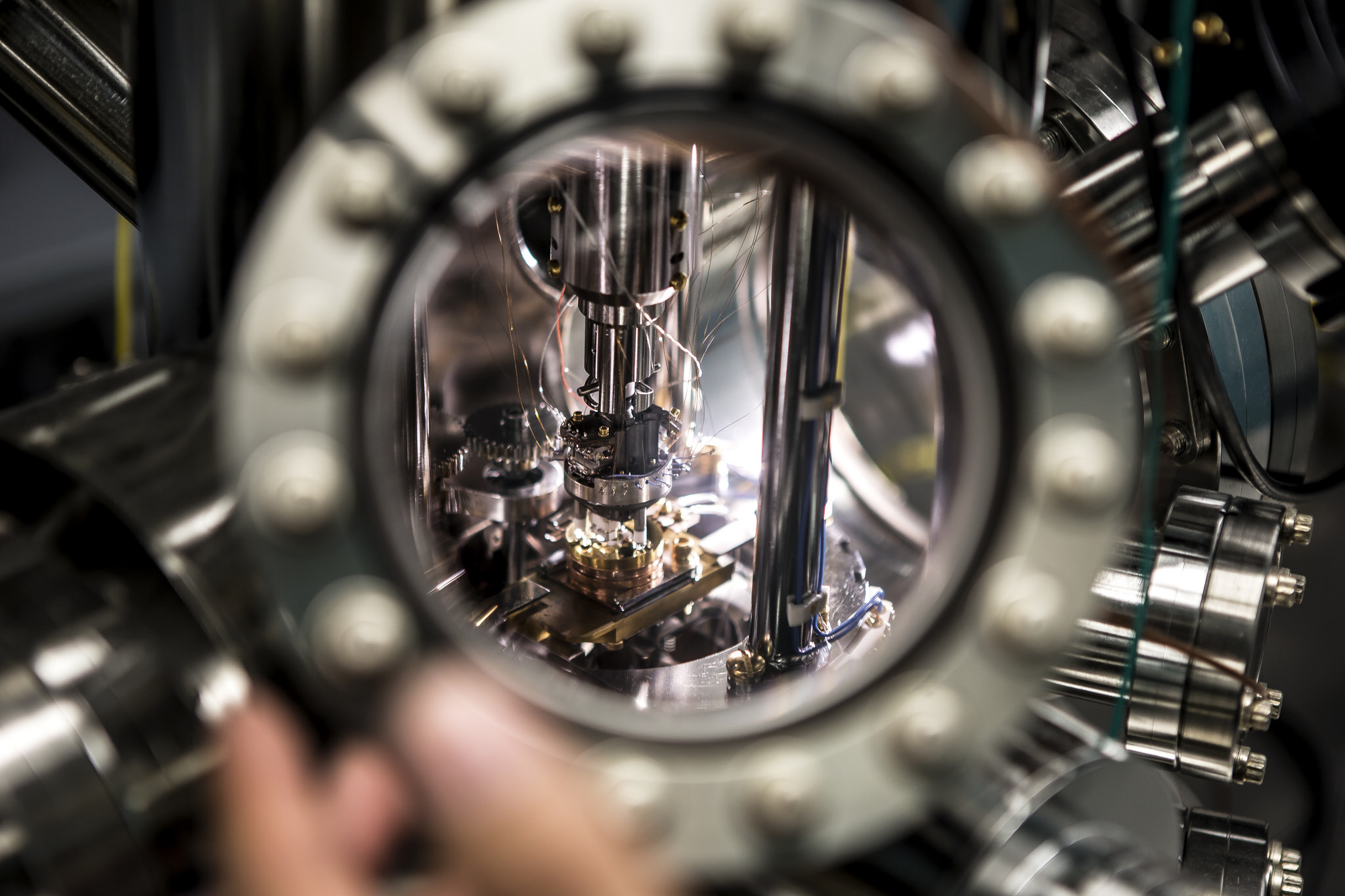 The view inside the Ultra High Vacuum Scanning Thermal Microscope, which was used to measure temperature fluxes at the nanoscale. Image credit: Joseph XuThe facility the researchers used is an ultra-low vibration chamber in the G. G. Brown Laboratories, the university’s newly renovated mechanical engineering complex. The chamber—one of several—was custom designed for performing nanoscale experiments so precise that mere footsteps could disturb them if they were done somewhere else. The rooms can withstand vibration from outside, such as traffic, and inside, such as heating and cooling systems. They also limit acoustic noise, temperature and humidity variations, as well as radio frequency and magnetic interference.

“Our facility represents the true state of the art,” Meyhofer said. “When creating nanoscale gaps such as those required for our nanoscale heat radiation experiments, the slightest perturbation can ruin an experiment.”

In the chamber, the researchers used custom-built “scanning thermal microscopy probes” that allowed them to directly study how fast heat flows between two surfaces of silica, silicon nitride and gold. The researchers chose these materials because they’re commonly used in nanotechnology.

For each material, they designated one sample that would be heated to 305 Fahrenheit, and they coated the tip of the probe with the same material, but kept it at a cooler 98 degrees. They slowly moved the sample and the probe together, beginning at 50 nanometers until they were touching, and they measured the temperature of the tip at regular intervals.

The cause of the rapid heat transfer, the researchers discovered, is that in nanoscale gaps there can be an overlap of the two sides’ surface and evanescent waves, both of which carry heat.

“These waves reach only a small distance into the gap between materials,” said Bai Song, a graduate student in mechanical engineering and one of the lead authors. “And their intensity at the extreme near-field is enormous compared to the electromagnetic waves at larger distances. When these waves from two different devices overlap, that’s when they allow tremendous heat flux.”

The paper is titled “Radiative heat transfer in the extreme near field.” It also involved collaborators from Universidad Autónoma de Madrid, Massachusetts Institute of Technology and Donostia International Physics Center. The work was funded by the U.S. Department of Energy Basic Energy Sciences, Army Research Office, National Science Foundation, Spanish Ministry of Economy and Competitiveness, and other organizations.