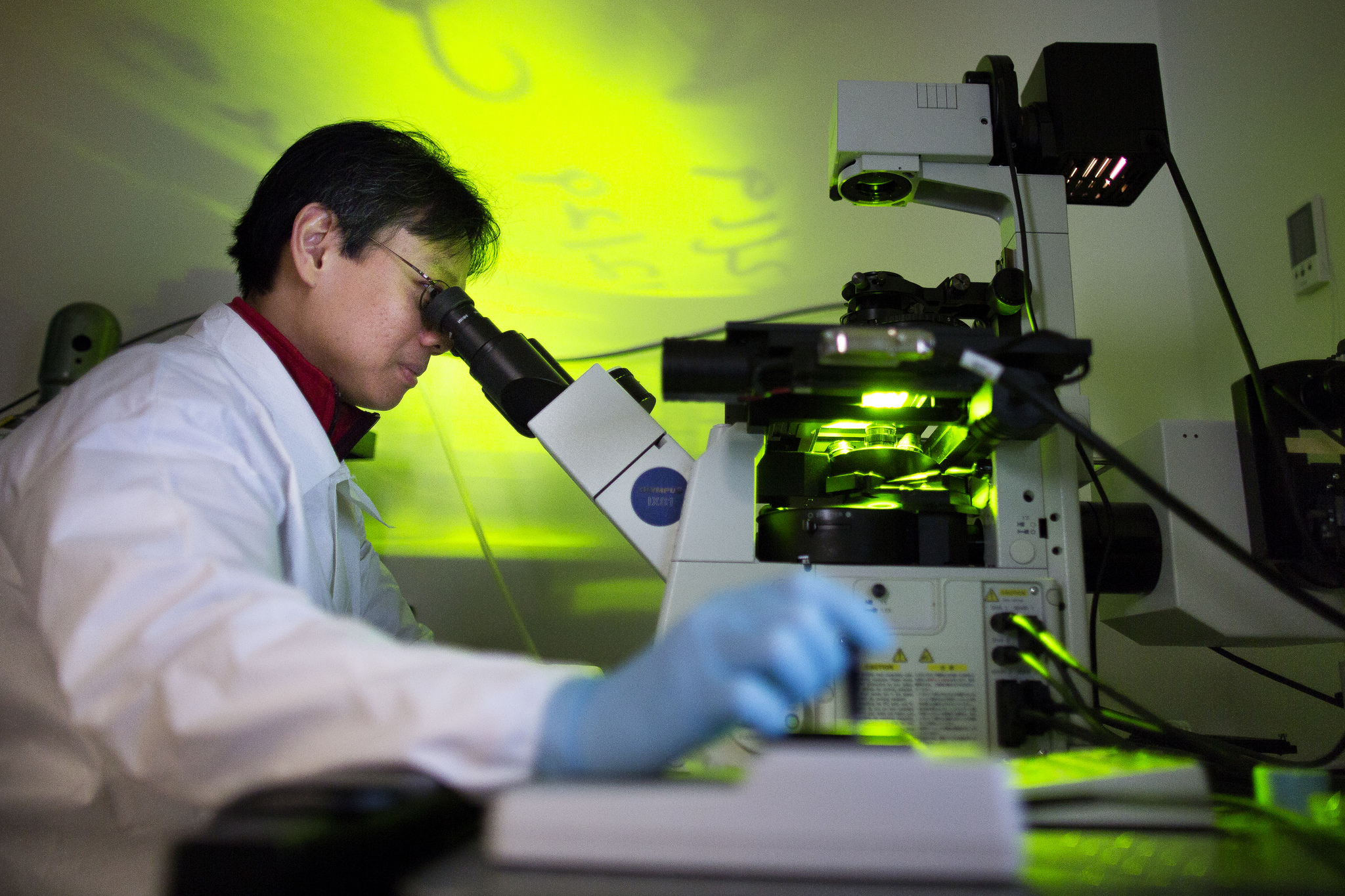 A team of University of Michigan biomedical engineers has turned cells common in scar tissue into colonies of beating heart cells. Their findings could advance the path toward regenerating tissue that’s been damaged in a heart attack.

Previous work in direct reprogramming, jumping straight from a cell type involved in scarring to heart muscle cells, has a low success rate. But Andrew Putnam, an associate professor of biomedical engineering and head of the Cell Signaling in Engineered Tissues Lab, thinks he knows at least one of the missing factors for better reprogramming. 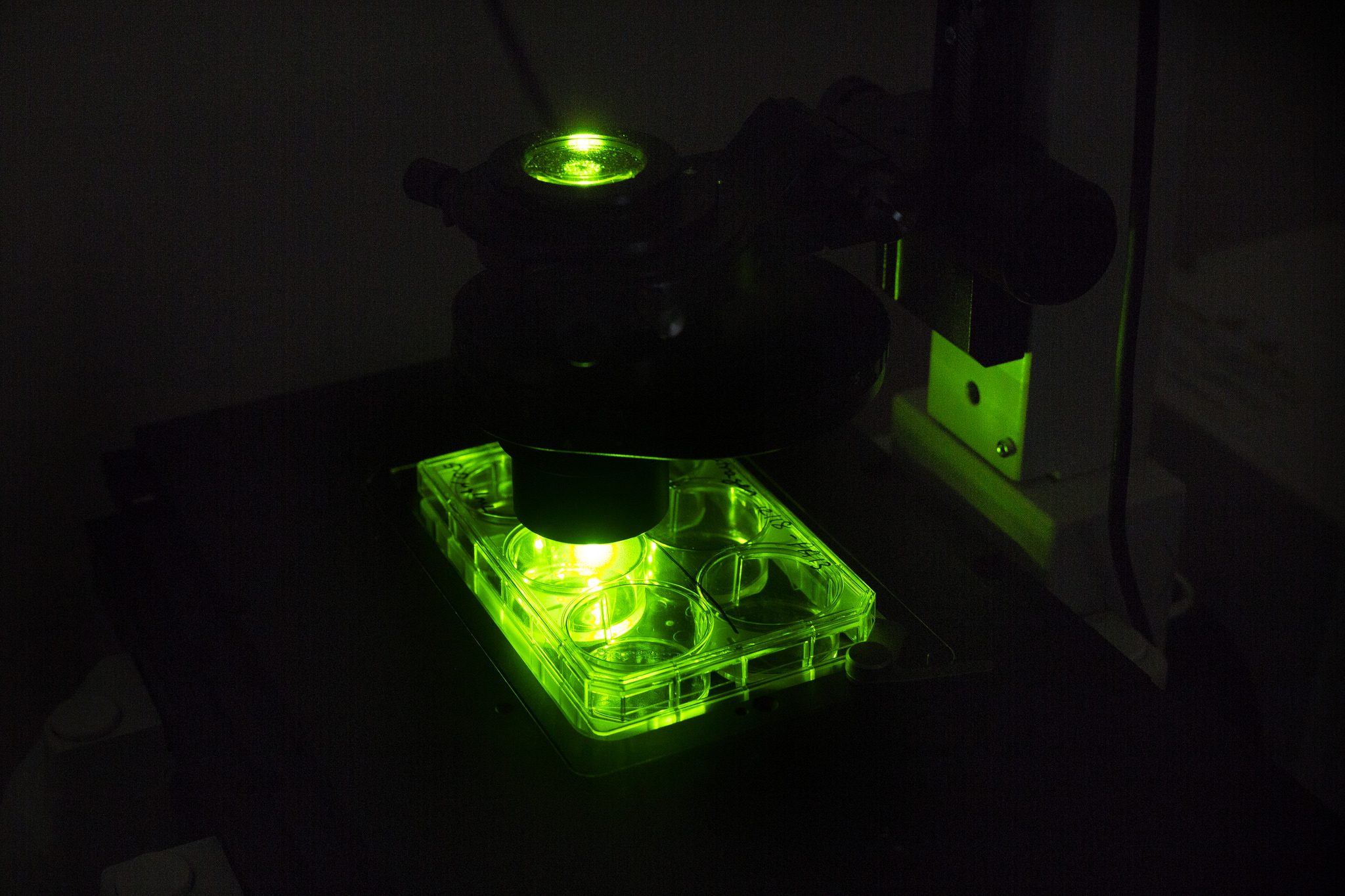 Checking for colonies of beating heart muscle cells. Image credit: Joseph XuTo explore how the cells’ surroundings might improve the efficiency of reprogramming, Yen Peng Kong, a post-doctoral researcher in the lab, attempted to turn scarring cells, or fibroblasts, into heart muscle cells while growing them in gels of varying stiffness. He and his colleagues compared a soft commercial gel with medium-stiffness fibrin, made of the proteins that link with platelets to form blood clots, and with high-stiffness collagen, made of structural proteins.

The fibroblasts came from mouse embryos. To begin the conversion to heart muscle cells, Kong infected the fibroblasts with a specially designed virus that carried mouse transgenes—genes expressed by stem cells.

Fooled into stem cell behavior, the fibroblasts transformed themselves into stem-cell-like progenitor cells. This transition, which would be skipped in direct reprogramming, encouraged the cells to divide and grow into colonies rather than remaining as lone rangers. The tighter community might have helped to ease the next transition, since naturally developing heart muscle cells are also close with their neighbors. 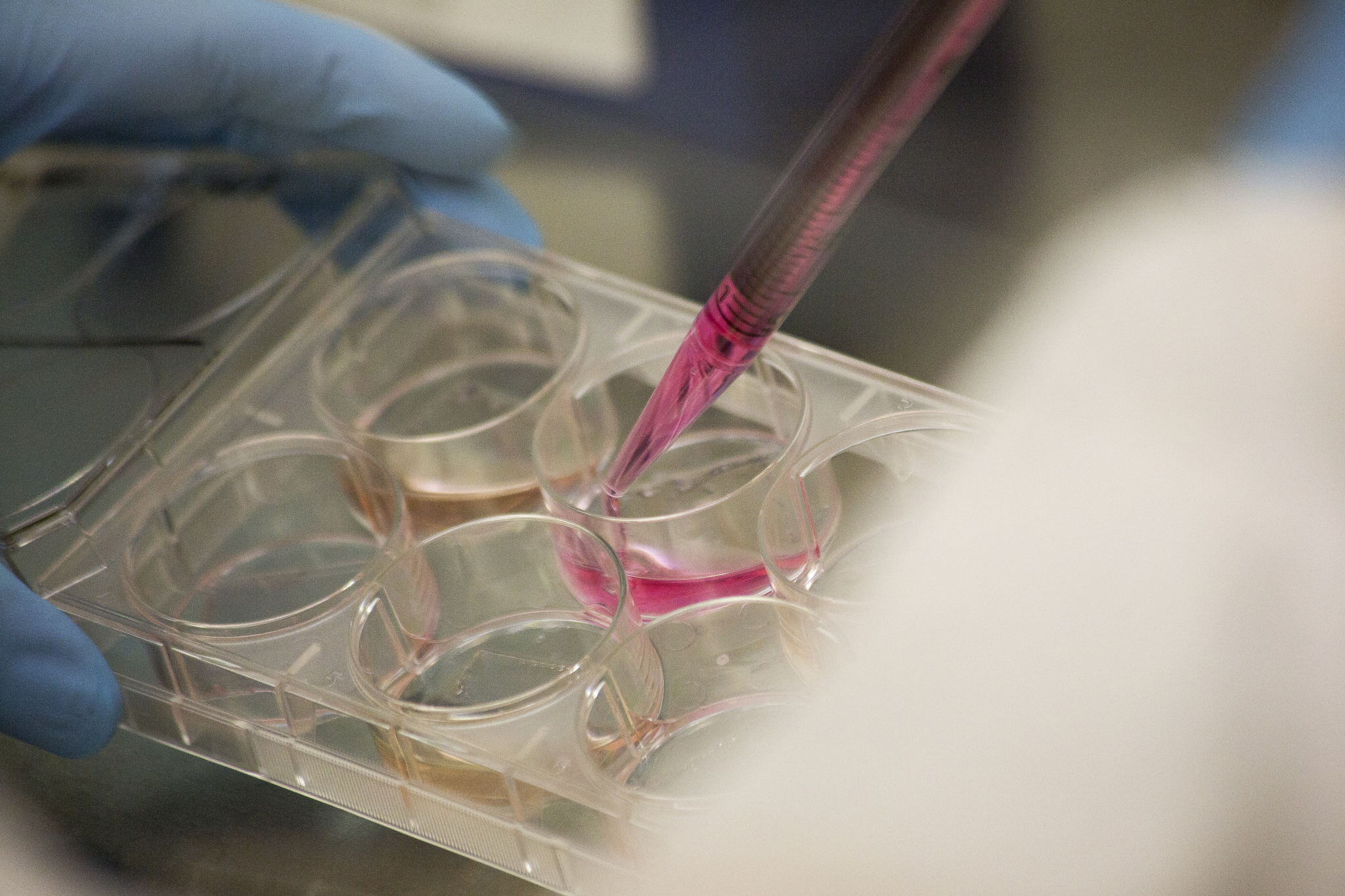 Feeding fibroblast cells different proteins to help transform them into new heart muscle cells. Image credit: Joseph XuAfter seven days, Kong changed the mixture used to feed the cells, adding a protein that encourages the growth of heart tissue. This helped push the cells toward adopting the heart muscle identity. A few days later, some of the colonies were contracting spontaneously, marking themselves out as heart muscle colonies.

The transition was particularly successful in the fibrin and fibrin-collagen mixes, which saw as many as half of the colonies converting to heart muscle.

The team has yet to discover exactly what it is about fibrin that makes it better for supporting heart muscle cell. While most materials either stretch or weaken under strain, fibrin gets harder. Putnam wonders whether the fibrin was successful because heart muscles expect a material that toughens up when they contract.

A number of challenges stand between current techniques and healing hearts by reprogramming scar tissue. Researchers need an effective way to wake up the stem cell properties without the use of potentially risky viruses. Also, the scar tissue needs to be altered so that cell reprogramming—or even new heart cells prepared outside the body—will take well.

The paper, titled, “Matrix identity and tractional forces influence indirect cardiac reprogramming” is an open access article in Nature’s Scientific Reports in December. This study was funded by the American Heart Association.