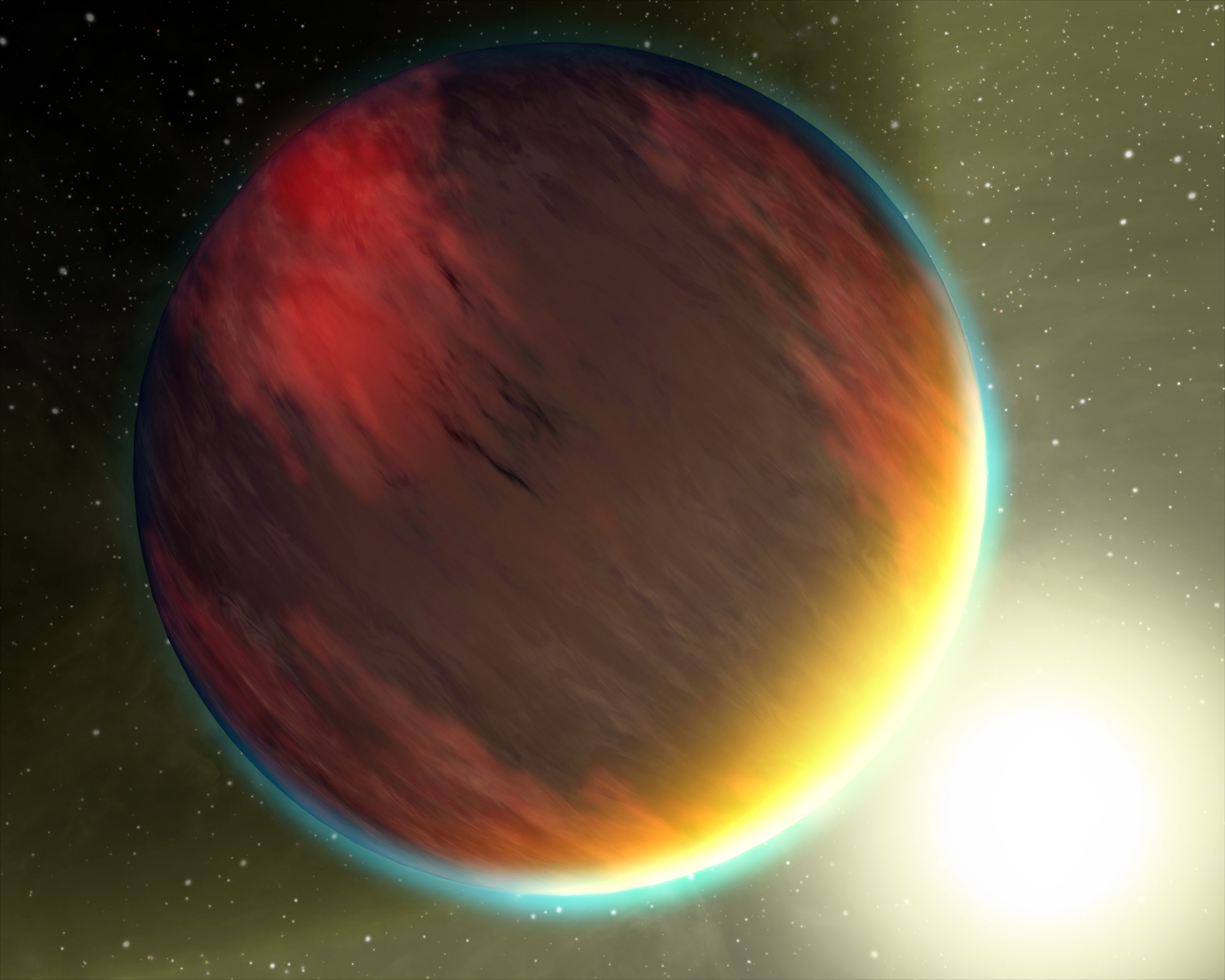 Representative image of a hot Jupiter. Image courtesy: NASAANN ARBOR—For the past 20 years, astronomers peered into the night sky, puzzled about a type of planet called hot Jupiters.

As they analyzed data from giant telescopes on mountaintops, and later data beamed to Earth from spacecraft such as the Kepler space telescope, they wondered: How did these large hot planets ever get so close to their suns?

Scientists at the University of Michigan, working with a team of colleagues, have made a startling discovery using data collected by the K2 mission: One of these mysterious hot Jupiter systems has not one, but two close-in planetary companions, leading to new clues about planet formation and migration.

“This is really exciting,” said Juliette Becker, a graduate student at U-M’s Astronomy Department in the College of Literature, Science, and the Arts, and the lead author of a paper highlighting the discovery. “People have looked for these planets and have looked in data that exists for hot Jupiters for years and nothing has come up. So people took it to mean that it was not possible to have these close-in planet companions.”

Until now. Some 300 hot Jupiters have been identified over the past two decades, and this is the first time any close-in planets were discovered.

This new discovery is helpful to scientists who are trying to understand how planets form and move in solar systems.

Hot Jupiters get their name because of their large size and gaseous composition (like Jupiter) and their unusually close location to their sun (hot). Large gaseous planets are believed to be formed in frigid temperatures. In our solar system that means formation must occur beyond the asteroid belt, far from the burning heat of the sun.

Yet mysteriously these hot Jupiters in faraway solar systems orbit at distances roughly 10 to 20 times the radius of the sun away from their stars – which is significantly closer than Mercury orbits our sun. This leaves astronomers puzzled with just how these hot giants got there.

Hot Jupiters are invisible to the naked eye. There are some super telescopes on earth which pick them up indirectly. Scientists also study data collected from telescopes on space crafts.

Becker and her colleagues made their discovery using data collected from the K-2 mission, which comes from a spacecraft holding the Kepler space telescope. The person who first spotted the possibility of a planet companion in the WASP-47 system was Hans Schwengeler, a “citizen scientist,” who made note of it in a public forum called Planet Hunters.

Becker’s colleague, Andrew Vanderburg, a graduate student at Harvard University, noted Schwengeler’s comments on Planet Hunters and shared it with Becker. The team, which also consists of Fred Adams, a U-M physics professor and Becker’s adviser, and Saul Rappaport, a professor at MIT, then ran a comprehensive analysis of the light curve in the K-2 data where this was noted, and confirmed the existence of two close-in planets – one Neptune sized, and another a super-Earth inner companion.