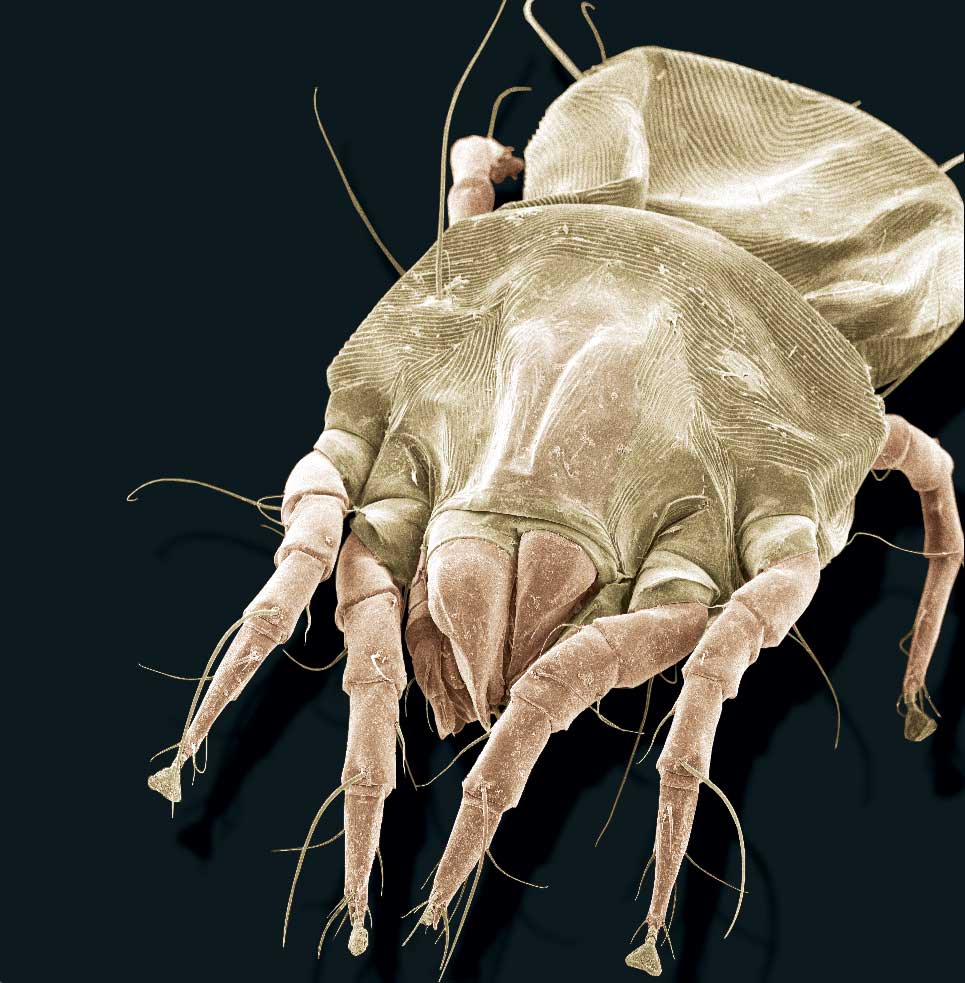 ANN ARBOR—House dust mites are common pests with an unusual evolutionary history. They are tiny, free-living animals that evolved from a parasitic ancestor, which in turn evolved from free-living organisms millions of years ago.

A new genetic study suggests that, as a consequence of its tumultuous evolutionary history, the house dust mite developed a novel way to protect its genome from internal disruptions. The study was published Jan. 29 in the journal PLOS Genetics. 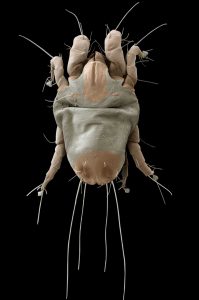 In most animals, this surveillance mission is carried out by small RNA fragments that find and break offending genetic sequences. The mechanism is called the piwi-associated RNA pathway—named for the protein Piwi, first discovered in fruit flies.

Recently, a team of researchers, led by University of Southern Mississippi scientists and including a University of Michigan biologist, sequenced the DNA and the RNA of the American house dust mite, Dermatophagoides farinae. Then they looked at the populations of small RNA molecules encoded there.

“We believe that the evolution of this novel mechanism to protect genomes from transposable elements is linked to the unusual evolution of the dust mite,” said Pavel Klimov, an associate research scientist in the U-M Department of Ecology and Evolutionary Biology and a co-author of the PLOS Genetics paper.

“These animals evolved from parasitic ancestors. Frequently, the transition to parasitism is associated with dramatic genetic changes, a legacy carried by the dust mite when it moved back to a free-living lifestyle.”

The PLOS Genetics paper reports the first high-quality assembly of the genome of the house dust mite, Klimov said.

House dust mites are ubiquitous inhabitants of human dwellings, thriving in the mattresses, sofas and carpets of even the cleanest homes. They are the primary cause of indoor allergies in humans, affecting up to 1.2 billion people worldwide.

Today’s free-living house dust mite evolved from a parasitic ancestor 48 to 68 million years ago, long before humans were around. Ancient dust mites lived in bird nests for millions of years before moving into human dwellings relatively recently.

The PLOS Genetics paper is titled “Rewired RNAi-mediated genome surveillance in house dust mites.” The other authors are Mosharrof Mondal and Alex Flynt of the University of Southern Mississippi.