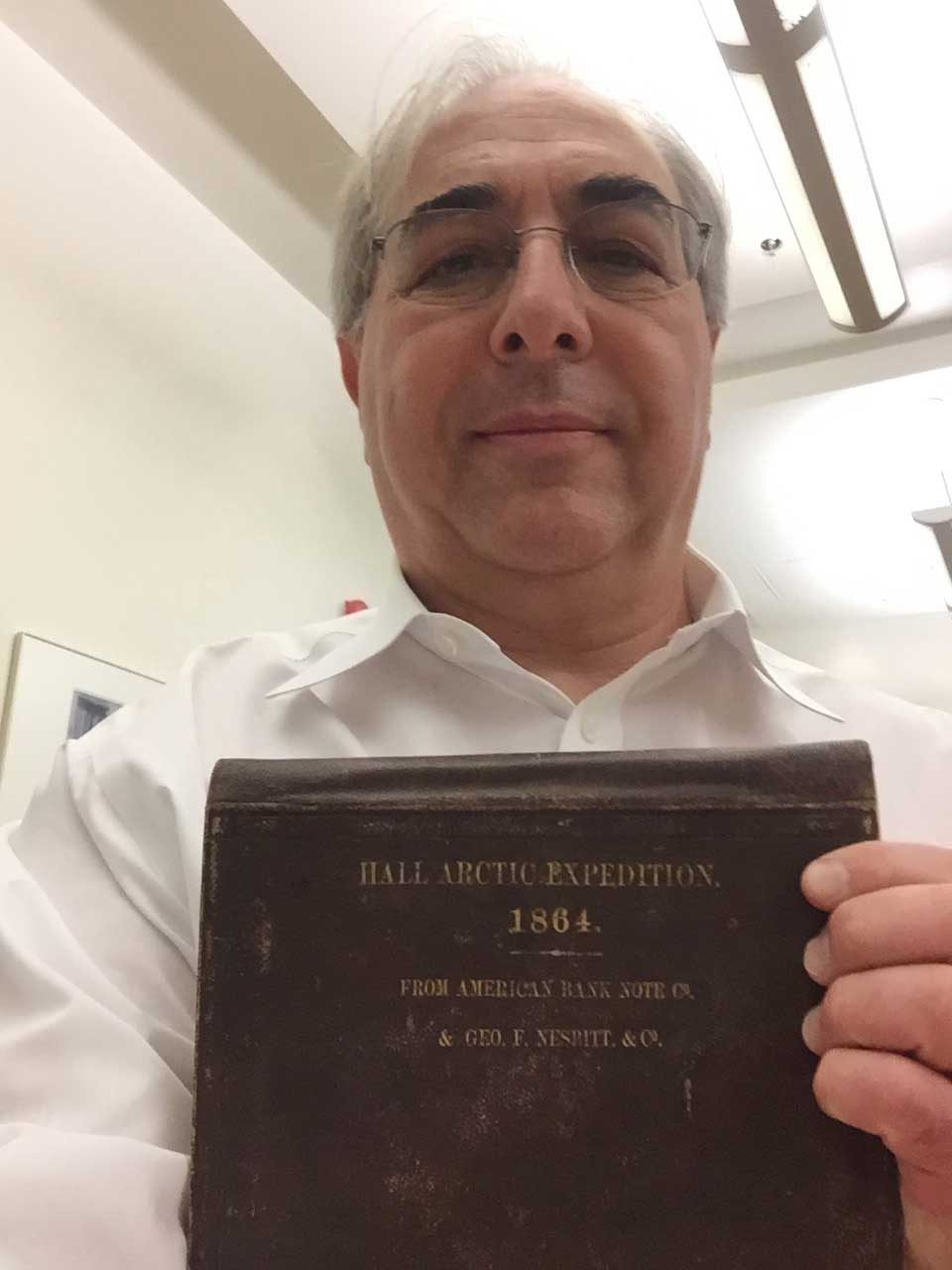 ANN ARBOR—A University of Michigan dentistry professor drew upon his expertise in oral health in developing a new theory to help explain the deaths of the famed Franklin naval expedition crew, a mystery that has captivated historians for more than 150 years.

There were no survivors in the 129-person exploration, which set out for the Northwest Passage in the 1840s, said Russell Taichman, the Major Ash Collegiate Professor of Periodontics and Oral Medicine.

Taichman, who’s held a lifelong love of the Arctic, said that historians and researchers for decades have speculated on several generally accepted causes of death: exposure, scurvy, lead poisoning, botulism, tuberculosis and starvation.

But Taichman and colleagues now believe that tuberculosis resulting in adrenal insufficiency, or Addison’s disease, also contributed to the demise of the crew. Their findings were published in the journal Arctic earlier this year. 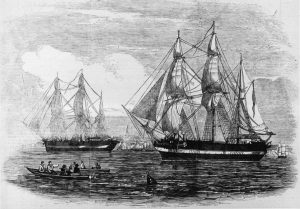 The Franklin story is legendary in Arctic lore. In 1845, Sir John Franklin led two British Royal Navy ships, the Erebus and the Terror, in an attempt to navigate portions of the Northwest Passage. The ships became trapped in the ice pack in 1846 near King William Island, which is above the Arctic Circle in what is now northern Canada.

Well-stocked with canned food, the crew spent two years on and around the remote island waiting in harsh conditions for the ice to melt and free their ships.

Among the few clues left behind, Taichman said, are Inuit accounts of emaciated crew members with “hard, dry and black” mouths. With this in mind, Taichman, a cancer researcher, decided to look more closely at the various cause-of-death theories and how each condition impacts the oral cavity.

Taichman and Mark MacEachern, a librarian at U-M’s Taubman Health Sciences Library, cross-referenced the crew’s physical symptoms with known diseases and analyzed 1,718 medical citations. Taichman was surprised when Addison’s––which wasn’t one of the generally accepted causes of death––kept popping up during the analysis. 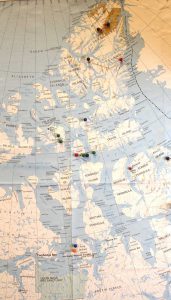 Pins on this map in Taichman’s dental school office show some of the 16 Arctic locations he has visited. Although King William Island (the two pins nearest the bottom of the photo) is inside the Arctic Circle, some of Taichman’s other trips have taken him much farther north in the remote polar region.

“In the old days, the most common reason for Addison’s in this country was TB,” Taichman said. “In this country now, it’s immune suppression that leads to Addison’s.”

Scurvy among the crew falls in line with the fact that sailors of that era often had the disease, but that alone doesn’t explain the deaths. A stronger clue is that evidence of tuberculosis was discovered during autopsies of three sailors who died and were buried on a nearby island before the ships were marooned. Lead poisoning, confirmed to a degree by analysis of recovered bones, could have come from lead solder used for the primitive food cans and from lead pipes that distilled water for the crew.

Many factors contributed to the deaths of the crew, Taichman said, and the Addison’s disease diagnosis is a refinement that fits well with much of the forensic and anecdotal evidence already gathered.

People with Addison’s disease have trouble regulating sodium and can become dehydrated, and they can’t maintain their weight even when food is available––two symptoms that would help explain the wasting condition of the crew as observed by the Inuit.

“Scurvy and lead exposure may have contributed to the pathogenesis of Addison’s disease, but the hypothesis is not wholly dependent on these conditions,” Taichman said. “The tuberculosis-Addison’s hypothesis results in a deeper understanding of one of the greatest mysteries of Arctic exploration.”

Taichman’s fascination with the Arctic began as a child in his native Toronto, when his father told stories about the early explorers. Among his 16 visits to the Arctic, Taichman has led hiking trips for the Sierra Club, kayaked among the icebergs and proposed to his wife.

Over the last few years he has become a contributing member of a small but fervent network of Franklin experts around the world. They review historical documents at places like the Smithsonian Institution, share information and hold conferences as they continue to hunt for answers connected to the expedition.

Taichman has written a second paper about the Franklin expedition, which has been provisionally accepted by a different Arctic-focused journal. That research consolidates Franklin stories from various documents and sources.