How Mars’ atmosphere got so thin: New insights from Curiosity 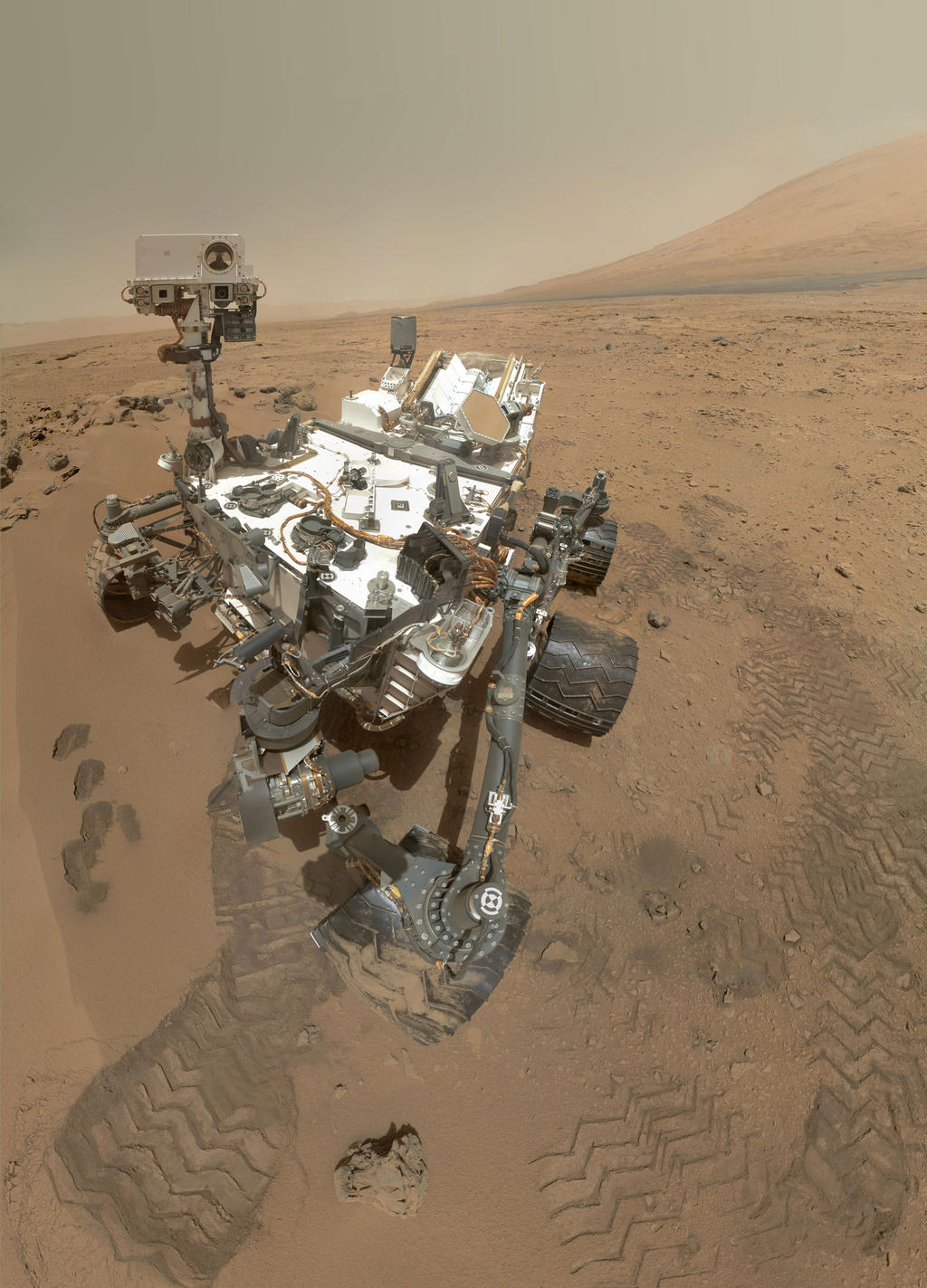 NASA’s Curiosity rover used the Mars Hand Lens Imager (MAHLI) to capture this set of 55 high-resolution images, which were stitched together to create this full-color self-portrait. Image credit: NASA/JPL-Caltech/Malin Space Science SystemsANN ARBOR—New findings from NASA’s Curiosity rover provide clues to how Mars lost its original atmosphere, which scientists believe was much thicker than the one left today.

“The beauty of these measurements lies in the fact that these are the first really high-precision measurements of the composition of Mars’ atmosphere,” said Sushil Atreya, professor of atmospheric, oceanic and space sciences at the University of Michigan.

Atreya is co-author of two related papers published in the July 19 issue of Science, and co-investigator on Curiosity’s Sample Analysis at Mars (SAM) suite of instruments, considered the rover’s cornerstone lab.

SAM measured the abundances of different gases and isotopes in samples of Martian air, according to NASA. Isotopes are variations of the same chemical element that contain different numbers of neutrons, such as the most common carbon isotope, carbon-12, and a heavier stable isotope, carbon-13, which contains an additional neutron.

SAM analyzed the ratios of heavier to lighter isotopes of carbon and oxygen in the carbon dioxide that makes up most of Mars’ atmosphere today. Measurements showed that heavy isotopes of carbon and oxygen were more abundant in today’s thin atmosphere compared with the proportions in the raw material that formed the planet (which scientists can deduce from proportions in the sun and other parts of the solar system.) This provides not only supportive evidence for the loss of much of Mars’ original atmosphere, but also gives clues to how the loss occurred. It suggests that the planet’s atmosphere escaped from the top, rather than due to the lower atmosphere interacting with the ground, NASA’s web story states.

“The isotope data are unambiguous and robust, having been independently confirmed by the quadrupole mass spectrometer and the tunable laser spectrometer, two of the SAM suite instruments,” Atreya said. “These data are clear evidence of a substantially more massive atmosphere, hence a warmer, wetter Mars in the past than the cold, arid planet we find today.”