ANN ARBOR—New, statistically derived guidelines are helping urologists across Michigan zero in on which prostate cancer patients to scan for spread of their disease.

The guidelines—identified and distributed through a data analytics study by urology and engineering researchers at the University of Michigan and elsewhere—reduced the number of patients who underwent diagnostic bone and CT scans by more than 40 percent while slightly improving detection rate of cancer that had spread, or metastasized, during the study.

The reduced scanning also saved patients and insurers an estimated $275,000.

Roughly 85 percent of urologists in the state of Michigan received the guidelines on laminated cards, which provide maximum thresholds for a patient’s PSA level, Gleason score (a measure that benchmarks cancerous tissue against normal tissue) and the stage of his cancer.

Patients with values below these thresholds can safely forgo the tests, researchers determined. On the other hand, those with one or more values above the thresholds should be tested. The guidelines were distributed to urologists at the start of the study in 2014 and patient outcomes were measured from January to October 2015.

Using diagnostic scans more selectively could potentially save millions of prostate patients from painful and invasive follow-up treatments, as well as the stress and radiation exposure they entail, the researchers say.

“Traditionally, urologists have relied on their individual expertise and experience to decide who should be scanned,” said Brian Denton, professor of industrial and operations engineering at the U-M College of Engineering and professor of urology at the U-M Medical School.

“These guidelines provide a new tool that will help them administer scans to more people who do need them and fewer people who don’t. And the fact that we’re using actual data from the state of Michigan, where the urologists and patients reside, is critically important.” 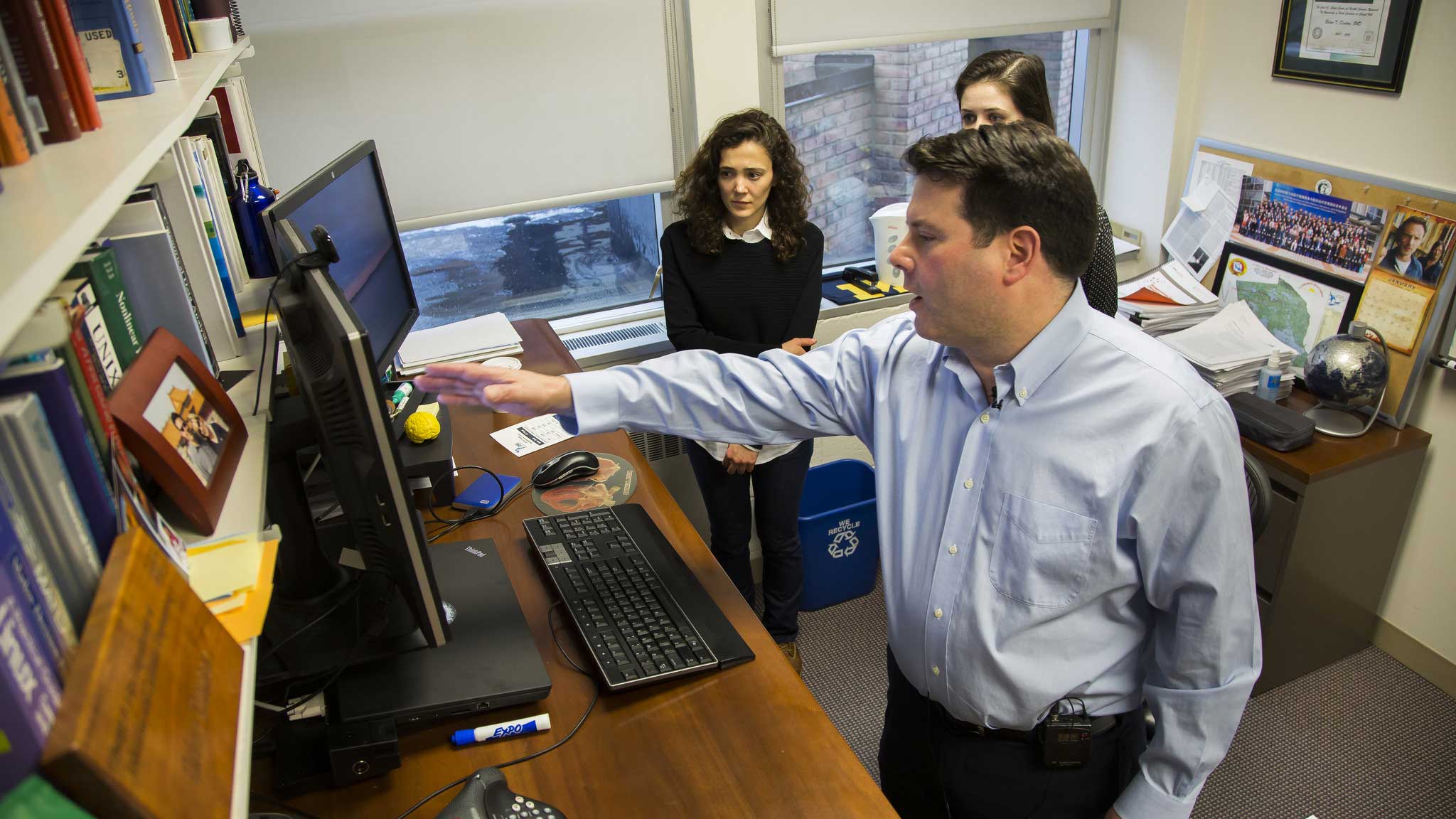 Headquartered at U-M and funded by Blue Cross and Blue Shield of Michigan, the group includes some 85 percent of urologists in Michigan, as well as researchers at several Michigan universities. The group keeps detailed medical records for every patient in the collaborative, which the researchers were able to use to construct predictive computer models.

The team looked at a wide variety of factors in the medical records of patients who had undergone bone or CT scans, including risk factors, age, type of prostate cancer and levels of prostate-specific antigen, or PSA, in the blood. Then, they looked at which patients ultimately tested positive. Next, they applied predictive modeling to the data, using past results to predict which future patients were likely to be at high risk. Finally, they worked with MUSIC urologists to distill those results into a simple set of guidelines that urologists can use to determine which patients should be screened.

“We were pleased to see that this intervention led to such meaningful results,” said David Miller, U-M professor of urology. “I think it shows the power of collaboration between medicine and engineering, and I’m looking forward to seeing how data and predictive analytics can help improve outcomes and efficiency in other areas as well.”

The group is now looking at ways to adapt the guidelines to other areas of the country. Risk factors can vary from one region to the next, so expanding the program requires more than just sharing the same guidelines. They’re also developing a smartphone app that can calculate a patient’s risk based on variables entered in by a doctor.

“We would need to take data from patients in a given area and recalibrate our model to fit that data,” Miller said. “That’s not difficult—the hard part is getting the data. Because of MUSIC, we have access to a much higher level of data here in Michigan than most states. I think it’s a great example that other states could emulate.”

The U-M team is also looking at ways to apply predictive analytics to other aspects of precision medicine prostate cancer treatment, including models that can help determine which patients need to get prostate biopsies.

The research is based on work supported by the National Science Foundation.