How states can encourage web-based health care in hospitals 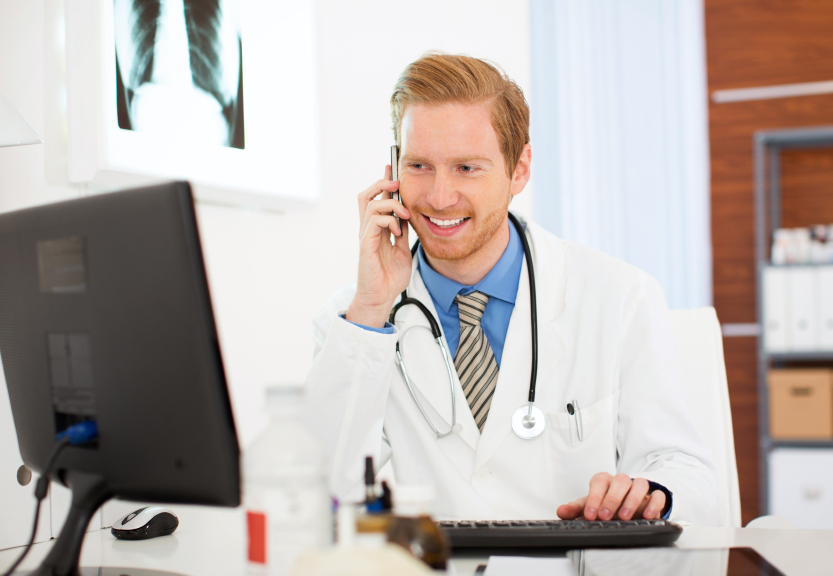 ANN ARBOR—In the first national look at how broadly web-based technologies are being used to provide health care, a University of Michigan researcher has found that 42 percent of U.S. hospitals use some type of “telehealth” approach.

The study, published in the February issue of the journal Health Affairs, breaks down adoption rates by state. It also pinpoints state policies that might encourage more hospitals to adopt telehealth.

Telehealth aims to both reduce costs and improve patients’ access to care, said Julia Adler-Milstein, lead author of the study and an assistant professor at the U-M School of Information and School of Public Health.

The approach goes beyond videoconferenced doctor visits. Actually, it’s very little of that, she said.

More common are services such as teleradiology, which lets remote radiologists read X-rays and other diagnostic images more inexpensively than the local going rate. Electronic intensive care units allow specialists to support ICUs in places that don’t usually have enough patients to staff one full time. And telemonitoring can regularly update doctors on patients’ vital signs in real time, letting them know when someone needs attention.

In a congestive heart failure telemonitoring study with 3,000 participants in Boston, hospital readmissions dropped by 44 percent, leading to $10 million in savings over six years, the new study cites.

“It’s become clear that there are a lot of really valuable use cases for telehealth and that becomes increasingly true under the Affordable Care Act. It’s worthwhile to think about how to promote broader adoption,” Adler-Milstein said.

The researchers found a correlation between higher telehealth adoption rates and laws that require insurers to reimburse web-based services as they do in-person care. Today, 21 states mandate this and hospitals in them were one-and-a-half times more likely to utilize telehealth.

“One of the key lessons for policymakers is that broad-based reimbursement laws seem more effective than narrowly focused ones that might reimburse individual telehealth approaches such as live video,” Adler-Milstein said. “None of the narrow reimbursement policies were powerful enough to have an effect.”

Another policy that may play a role in encouraging or discouraging telehealth adoption is whether out-of-state practitioners can do business in a state without a special license. Six states prohibit out-of-state Medicaid practitioners from remotely treating patients in their borders without an additional license. The researchers found that hospitals in those states were almost 40 percent less likely to use telehealth strategies.

Adler-Milstein and colleagues were surprised to find that telehealth use was common in very competitive markets.

“It seems to be something hospitals use to differentiate themselves,” Adler-Milstein said. “People often think about rural areas when they think about telehealth. And we did find that hospitals in rural areas were more likely to adopt these strategies, but the fact that adoption was just as likely in competitive markets signifies that it’s not just about access. It’s about using technology to lower operating costs and deliver care more efficiently.”

Alaska, Arkansas, South Dakota, Maine and Virginia had the highest proportion of participating hospitals, while Rhode Island, Utah, Alabama, Mississippi and Illinois had the lowest proportion.

The study is titled, “Telehealth among U.S. hospitals: Several factors, including state reimbursement and licensure policies, influence adoption.” Co-authors are Joseph Kvedar, director of the Center for Connected Health at Partners Healthcare System in Boston, and David Bates, chief of the division of general medicine at Brigham and Women’s Hospital in Boston.