How sweet it is: U-M study pinpoints part of brain that triggers addiction 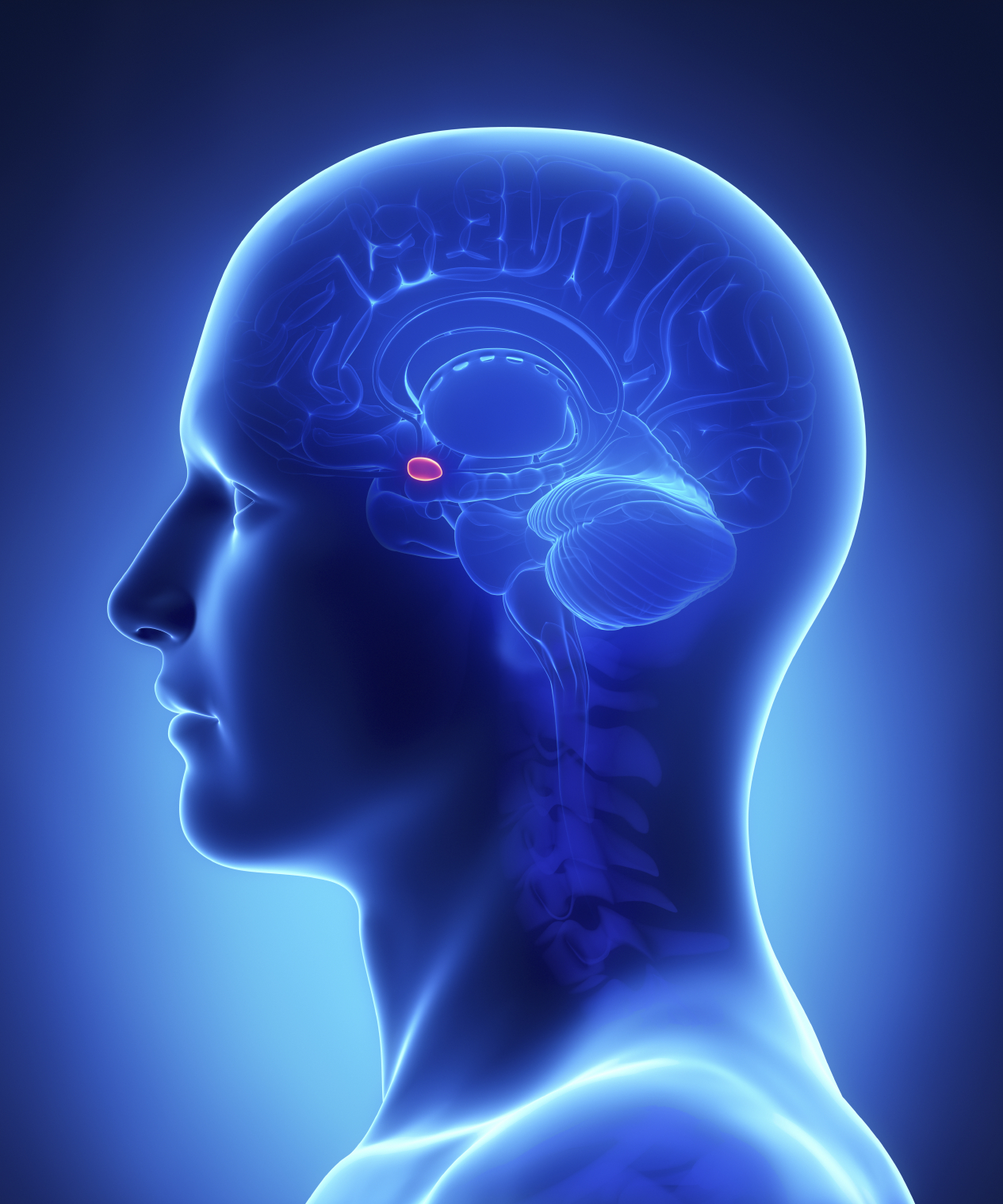 Rewards such as sweet tasty food or even addictive drugs like alcohol or cocaine can be extremely attractive when this brain structure is triggered.

“One reason they can be so problematic for certain individuals is their ability to become almost the sole focus of their daily lives, at the cost of one’s health, job, family and general well-being,” said the study’s lead author, Mike Robinson, a former postdoctoral U-M fellow and currently an assistant professor of psychology at Wesleyan University in Connecticut.

The findings appear in the Journal of Neuroscience.

Most people encounter and consume highly delicious foods, such as chocolate chip cookies and candy, and addictive substances like alcohol, nicotine and caffeine on a regular basis. For many people, these rewards act as pleasurable treats that are both wanted and liked, but for the most part consumed in moderation.

Robinson said it is this moderation and balance of reward avenues that allows people to lead and maintain a healthy lifestyle.

However, for a small portion of vulnerable individuals, these rewards progressively become intensely craved, skewing their normal balance of desires and leading to addiction, he said.

“Understanding what part of the brain is involved in causing intense narrowing of focus to make one reward valued at the detriment of all others might provide crucial insights into treating addiction and excessive/compulsive consumption disorders,” Robinson said. 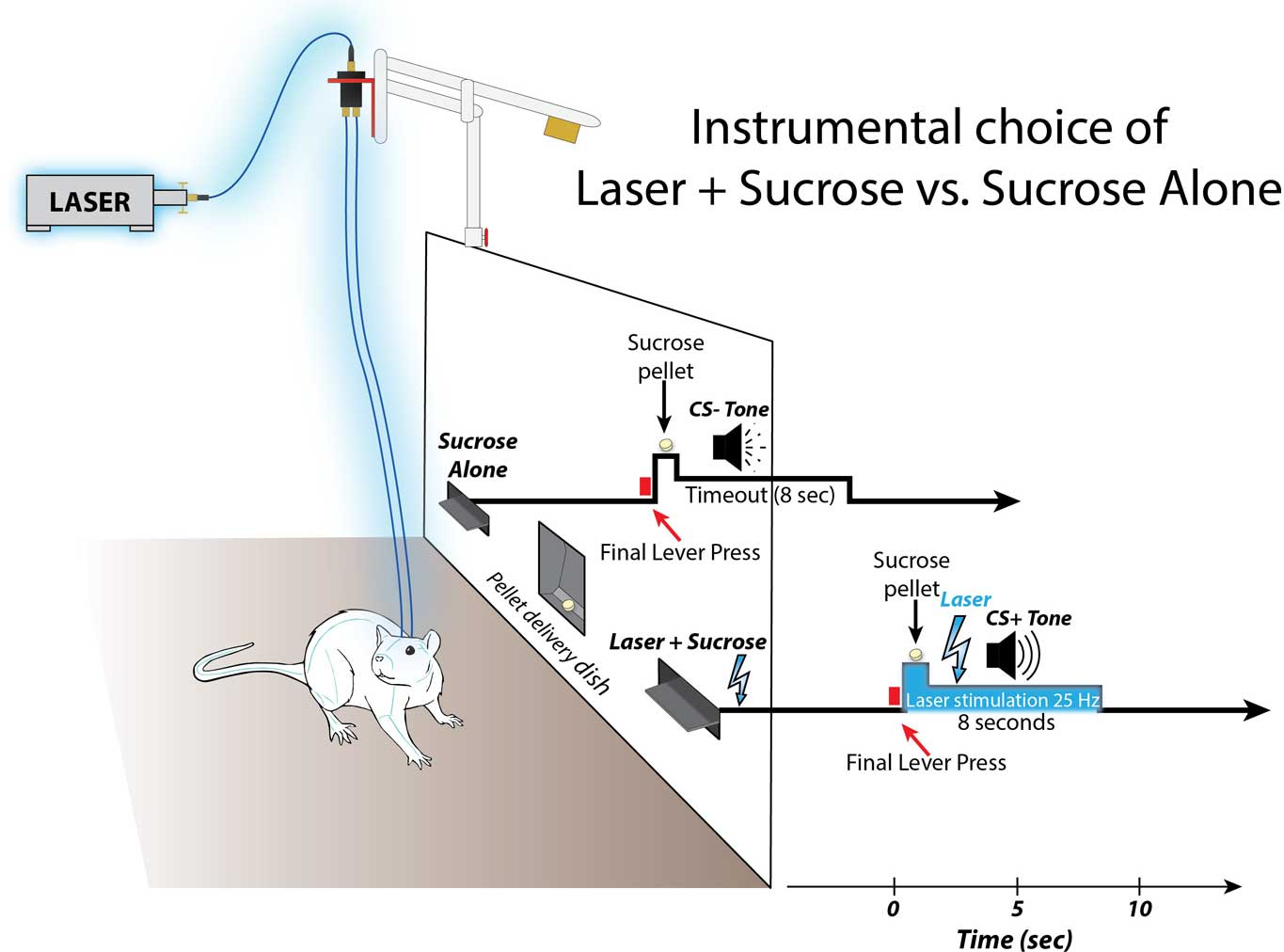 Figure 1. Procedure for enhancement of laser-pairedsucrose intwo-sucrose choicetest. Schematicshows apparatus and event timeline forsimultaneous choicetests. Two levers protruded on eitherside ofsucrose dish in center. Pressing either lever earned an equivalent sucrose pellet and a distinctive 8 s sound which marked that lever’s identity, but only one lever’s pellet and sound was also paired simultaneously with onset of 8 s laser pulse (473 nm; 25 Hz; 8 –10 mW).In the study, whenever the rats pushed a lever to earn a particular sugary reward, a laser light painlessly activated the amygdala in their brains for a few seconds, making neurons in it fire more excitedly. Their amygdala was never activated when the rats earned an identical sugary reward by pressing a separate lever.

Then, a simultaneous opportunity to earn both sugary rewards was given. Faced with a choice, the rats focused only on earning the particular sugary reward that had previously excited their amygdala, while completely ignoring the other. The rats also were willing to work much harder to earn the sweet reward associated with amygdala activation than to earn the other sweet reward.

Robinson said the results suggest a role for the amygdala in generating focused and almost exclusive desire as seen in addiction.

“Understanding the pathways involved in addictive-like behavior could provide new therapeutic avenues for treating addiction and other compulsive disorders,” he said.

The study’s authors include Shelley Warlow, a doctoral student in biopsychology in the Psychology Department, and Kent Berridge, the James Olds Collegiate Professor of Psychology and Neuroscience.