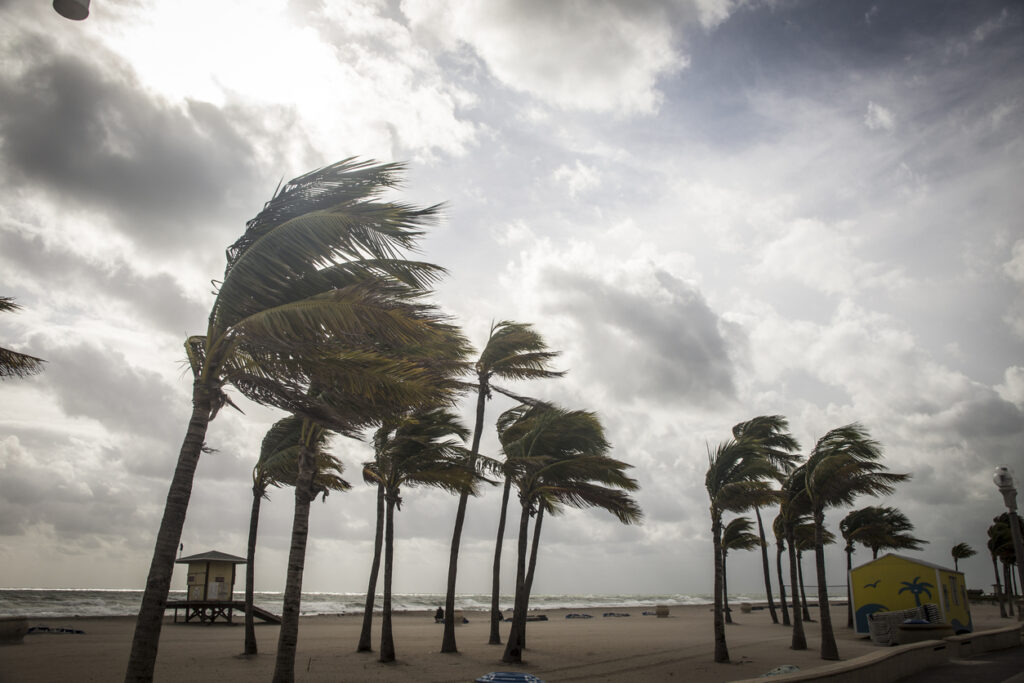 University of Michigan experts are available to discuss Hurricane Ida and its aftermath. Ida made landfall in Louisiana on Sunday as a Category 4 hurricane. More than a million customers in Louisiana and Mississippi were reportedly without power on Monday as Ida, one of the most powerful storms ever to strike the U.S. mainland, weakened and slowly moved northward.

Chris Ruf, professor of climate and space sciences and engineering, and colleagues have been monitoring Ida’s intensification in the CYGNSS Science Operations Center on U-M’s campus. NASA’s CYGNSS, or Cyclone Global Navigation Satellite System, is a constellation of eight microsatellite observatories that track storm intensification in unprecedented detail. Today, this process is not fully understood and some storms can increase in intensity unexpectedly. The problem is exacerbated by climate change. CYGNSS tracks wind speed data at tropical hurricane latitudes across the globe, taking 32 measurements per second.

“Our measurements have been generally consistent with what’s being reported in the news,” he said. “The track, intensity, precipitation and storm surge forecasts have all been quite good for this storm over the past week. Hopefully, that has resulted in better preparedness by the emergency response teams down there.”

“Climate change is pummeling the U.S. this year in many ways, and Hurricane Ida is yet another glimpse of what is only going to become more common if we don’t stop climate change fast,” he said. “The biggest, most destructive hurricanes are becoming more frequent due to the rapid warming of the oceans, while the warming atmosphere is causing storms to rain harder and harder.

“Ida’s storm surge was also worsened by accelerating sea-level rise, and the Gulf Coast is already seeing some of the fastest sea-level rise in the nation due to the warming and expanding oceans, melting ice sheets and subsiding land. Unfortunately, the chances of unusually heavy rainfall will also extend well inland, likely affecting areas already hit by flooding this year. It’ll only get worse for as long as we continue burning fossil fuels and let global warming continue.”

Sue Anne Bell, assistant professor of nursing, focuses on disaster preparedness and response. Her research addresses health effects of disasters and the impact of climate change on human health, and she is active in clinical disaster response with recent deployments to Hurricane Maria, the Paradise wildfire and the COVID-19 response.

“The accepted definition of a disaster is when a hazard and a vulnerability combine to exceed the capacity of the community. There is a much more real definition of what a disaster is, one that involves the impact of the storm on people and the communities who live in the storm’s way and the very real experience of recovering from these events,” she said. “We aren’t prepared for the increasing number of catastrophic disasters such as Hurricane Ida, and need to make a marked shift from our current reactive approach to one that is proactive in order to better support communities affected by disasters.”

Jeremy Bricker, associate professor of civil and environmental engineering, investigates the resilience of structures and infrastructure exposed to both increasing hazards due to climate change and increasing consequences due to expansion of development in coastal and flood-prone areas.

“Hurricane Ida, though a more intense storm than Hurricane Katrina, was also smaller and made landfall further to the west. The resulting surge was thus focused in the parishes to the south of New Orleans,” he said. “Unlike Hurricane Katrina, a strong easterly wind did not exist to push a large volume of Gulf water into Lake Pontchartrain, though the southerly wind did cause some surge along its north shoreline. Also unlike Hurricane Katrina, the Mississippi River Gulf Outlet had since been closed off with a permanent storm surge barrier, preventing another route for storm surge to reach New Orleans.

“In all, the storm surge protection system built after Hurricane Katrina is working like it is supposed to. Nonetheless, for the parishes outside the levee system in southern Louisiana, Ida was yet another blow in addition to the increasing threats they face from coastal erosion, sea level rise and land subsidence. Also unlike Katrina, Mississippi did not get hit with a large storm surge, due to Ida’s smaller size and landfall occurring further west.”

Seth Guikema, assistant professor of industrial and operations engineering and civil and environmental engineering, can discuss the power restoration process.

Don Scavia is an aquatic ecologist and environmental engineer who has worked on water quality issues in the Gulf of Mexico, Chesapeake Bay and the Great Lakes for more than four decades. He is a member of the NOAA-funded research team that forecasts the size of the annual Gulf of Mexico hypoxic area or “dead zone,” a near-bottom region of low to no oxygen that can kill fish and other marine life.

“Hurricanes have disrupted Gulf of Mexico dead zones in the past, and Ida is likely to mix the waters sufficiently to reduce the zone this year,” he said. “But the relatively warm surface waters of the Gulf of Mexico will isolate the bottom waters rather quickly, and continued oxygen consumption in the bottom waters will likely lead to a reestablishment of the dead zone within a few days or weeks.”

Chuanwu Xi is a professor of environmental health sciences at the School of Public Health and director of its Global Environmental Health program. He is a microbiologist and microbial ecologist whose research focuses on biofilms, water quality and treatment, and human health. His research studies water quality in different regions of the world with a particular focus on the impact of biofilms on water quality.

Aubree Gordon, associate professor of epidemiology, works on infectious disease epidemiology and global health, particularly the epidemiologic features and transmission of influenza. She’s currently conducting studies on COVID-19 in children and across people’s lifespan and on SARS-CoV-2 transmission and immunity. She is an investigator with the Centers of Excellence for Influenza Research and Response.

Joseph Eisenberg, professor of epidemiology at the School of Public Health, is an expert on infectious disease epidemiology and has 20 years of experience in microbial risk assessment work focused on water quality. He is part of a group of scientists from around the country involved with the Modeling Infectious Disease Agents Study, an NIH-funded program that focuses on infectious disease transmission modeling with a particular focus on waterborne pathogens.

“Anytime we see devastating destruction of our infrastructure, in this case flooding and loss of water, we need to be concerned about the health impact of exposure to pathogens through environmental contamination. These health impacts won’t be immediately evident but may begin to emerge days or a week later.”

Trish Koman is a assistant research scientist in environmental health sciences at U-M’s School of Public Health and the faculty research program manager at the College of Engineering Multidisciplinary Design. In recent studies led by Koman, researchers mapped the exposure to wildland fire smoke in California and the communities in Michigan that will bear the brunt of climate change. She says wildfires and the health effects of climate change and climate-related disasters disproportionately affect low-income communities and communities of color.

“The past decade is the hottest on record globally due to build up of CO2 in the atmosphere. The resulting warming also results in more frequent and intense storms and flooding.”

“In the aftermath of a major hurricane, with power outages and property damage, heat can become a public health threat. Some groups are more vulnerable to heat stress including children, aging populations, pregnant women, and those with underlying conditions. With public health preparedness, we can prevent some of the worst outcomes if local public health leaders place a higher priority on climate change and have adequate resources to build resilient communities.”