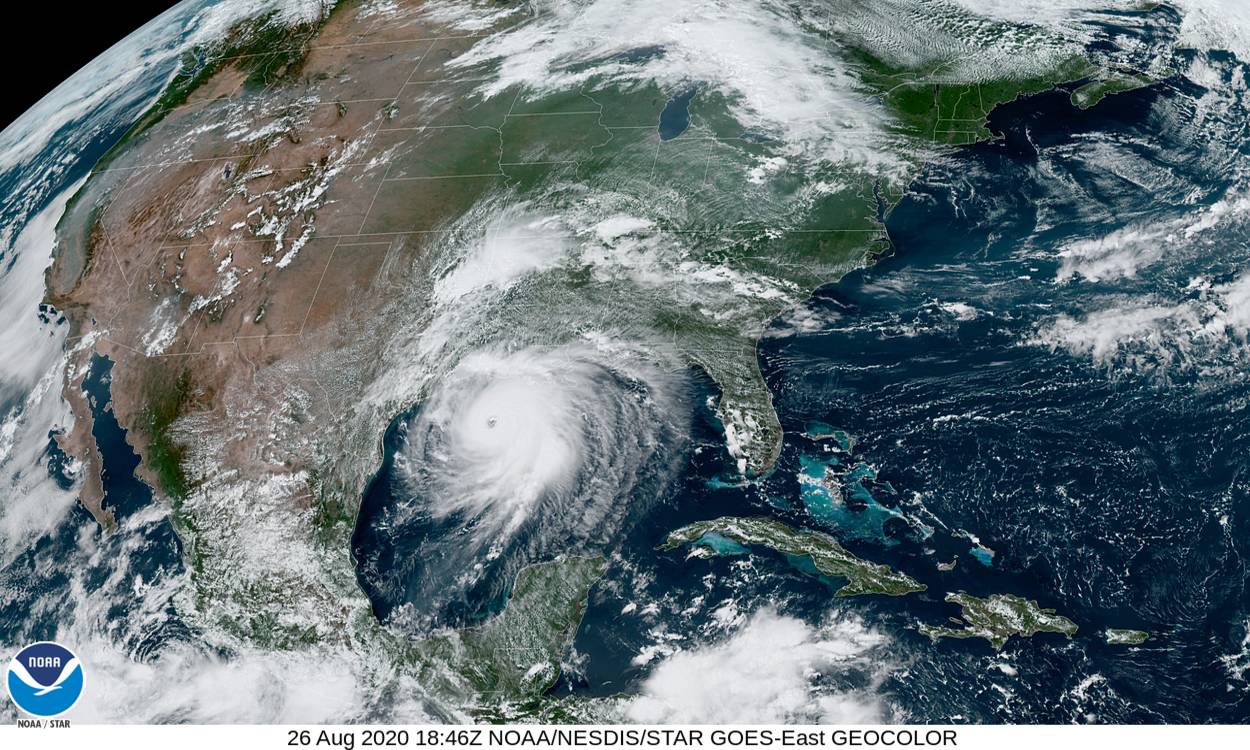 Sue Anne Bell, clinical associate professor at the U-M School of Nursing, focuses on disaster preparedness and response. Her research addresses health effects of disasters and the impact of climate change on human health. She’s particularly interested in the relationship between community resilience, health disparities and disasters.

“With Hurricane Laura bearing down on Texas and Louisiana, it is a good time to think about the accepted definition of a disaster: when a hazard and a vulnerability combine to exceed community capacity,” she said. “But that’s just the short definition. There is a much longer definition, one that we know involves the characteristics and makeup of the community affected by the disaster, local infrastructure, state, local and federal policies—and now perhaps more than ever, politics.”

Richard Rood, professor of climate and space sciences and engineering, can discuss connections between hurricanes and climate change.

“2020 was predicted to be an active hurricane season and it is. We have named storms far earlier than in history, and we are just at the beginning of peak hurricane season,” he said. “Laura entered the very warm water of the Gulf of Mexico with ideal conditions for intensification. It will make landfall in a region that has been battered in recent years by hurricanes and tropical storms. We are beginning to recalibrate what is normal extreme weather in a warming climate.”

Seth Guikema, assistant professor of industrial and operations engineering and civil and environmental engineering, has developed a model to predict how hurricanes and storms affect the power system. He studies critical Infrastructure, urban sustainability and resilience, and risk analysis.

“Residents of the Gulf Coast should expect widespread and prolonged power outages,” he said. “While there is uncertainty about the degree of impacts, some of these outages could last for two or more weeks.”

“The impacts of human-caused climate change are already being well highlighted by Hurricane Laura,” he said. “Global warming means ocean temperatures—the main fuel for hurricanes—continue to warm relentlessly. In the case of Hurricane Laura, very warm Gulf of Mexico sea surface temperatures likely aided the unusually rapid intensification of the storm on its way to landfall.

“Global warming is also warming the atmosphere, and that means the atmosphere can—and is—prone to holding more water. This translates into higher rainfall rates and more flooding associated with hurricanes. Flooding is further exacerbated by storm surge on the coast related to the warming-supercharged winds of the storm, and is amplified even more by the sea level rise that is also a relentless result of warming-driven expansion of the ocean and warming-driven loss of polar ice adding more water to the ocean.

“Hurricane Laura, like many of the unusually devastating storms of recent years, is what human-caused climate change looks like.”

Perry Samson, professor of climate and space sciences and engineering, is co-founder of Weather Underground. He studies extreme weather and the physics behind it, and can discuss hurricane formation and the factors that affect storm intensity. He can also discuss this particular storm.

“Current models suggest Laura will make landfall between 8 p.m. and midnight tonight somewhere near Lake Charles, Louisiana, and continue inland into western Louisiana,” he said. “Winds in the Lake Charles area are forecast to peak at over 100 mph. In their favor, the storm will make landfall during a low tide when the ocean will be around 1.5 feet lower than the mid-afternoon high tide but, nonetheless, storm surge is forecast at 6-9 feet above normal with the onshore flow to the east of the eye,” he said.

Seymour Spence, associate professor of civil and environmental engineering, has expertise in performance-based wind engineering. He can discuss extreme winds, how they are likely to evolve and potential damage they can cause.

Jeremy Bricker, visiting associate professor of civil and environmental engineering who will join the U-M staff permanently this winter, studies coastal hazards and coastal infrastructure. He can discuss storm surge hazards and damages in general. He is currently in the Netherlands.

Joseph Eisenberg, professor of epidemiology at the School of Public Health, is an expert on infectious disease epidemiology and has 20 years of experience in microbial risk assessment work focused on water quality. He is part of a group of scientists from around the country involved with the Modeling Infectious Disease Agents Study, an NIH-funded program that focuses on infectious disease transmission modeling with a particular focus on waterborne pathogens.

Marisa Eisenberg, associate professor of epidemiology at the School of Public Health, is an expert in modeling infectious diseases, particularly cholera and waterborne disease. She also is one of the scientists involved with the NIH-funded Modeling Infectious Disease Agents Study that focuses on infectious disease transmission modeling.