In lung disease, crackling and wheezing can be more than just a sign of sickness

ANN ARBOR—Doctors know they’re the sounds of lung problems, but it turns out they might be more than symptoms—crackling and wheezing could be the sounds of a disease progressing, a University of Michigan researcher has found. 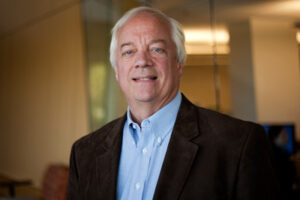 James Grotberg, professor of biomedical engineering at the College of Engineering and professor of surgery at the Medical School, recently published a study describing how the mechanics that produce those noises with every breath are likely a cause of injury and inflammation. His conclusion is based on evidence from experiments on microfluidic chips and on animal models. Exploring this in humans is a research goal.

The findings could eventually change how lung diseases are treated, he says. And they represent a paradigm shift for how doctors understand what they hear through a stethoscope. He answered some questions about the research.

When doctors pull out a stethoscope, what are they listening for?

Grotberg: Two important organs being monitored are the heart and the lungs. For the lungs, typically the patient is asked to breathe in and out deeply. There are normal sounds of air movement, but also there can be abnormal sounds, like wheezes during expiration (breathing out) and crackles during inspiration (breathing in). Both are well-known signs of disease.

These wheezes and crackles are signs of what diseases?

Grotberg: Typically, wheezing is found in asthma and emphysema. Patients who wheeze can be so loud you can hear it standing next to them. Crackles, on the other hand, are only heard by a stethoscope and are a sign of too much fluid in the lung. Pulmonary edema is a common example, often a byproduct of heart failure.

You’ve found that sounds could represent more than just the presence of a disease. Can you explain?

Grotberg: Well, for a sound to be created, a mechanical event must occur, like clapping your hands. If you clap hard enough, your hands will hurt. Ouch!

As an extreme example, the loudest sound a lung generates is a severe cough, which can cause, in rare instances, a pneumothorax (ruptured lung), i.e. tissue failure.

The physical mechanisms that cause wheezing and crackling, while smaller forces than a cough, are similar. They make the sound, and that mechanical event is also pounding away on the lung tissue. The lung cells don’t like that. Ouch again!

The cells respond with inflammation, which, itself, is a disease. So wheezes and crackles actually “cause” disease. We’ve seen evidence of this in our experiments.

That is a 180-degree thought reversal from interpreting them as only a “sign” of disease.

Break this down for us a bit more. What exactly is happening when a sick patient wheezes as they exhale?

Grotberg: Wheezing is very much like the sound from a deflating balloon when you make it squeal by stretching the outlet. An asthmatic lung airway is similar because it is constricted to a small narrow passageway. The pitch you hear is the frequency of oscillation of the balloon material, which for a lung would be the airway tube made of cells.

And how is that damaging?

And what’s going on when patients inhale and produce a crackling sound?

Grotberg: Crackles are ruptures of liquid plugs in the smaller airway tubes that pop open during inspiration. The sound mechanism is very similar to drinking through a straw when you get down to the last sips at the bottom of the cup. The gurgling is a mixture of liquid and air with popping bubbles, just like a fluid-overloaded lung.

The sequence is very damaging to the cells, and again they respond with inflammation and injury.

How do you see this new understanding impacting diagnoses or treatments?

Grotberg: Well, this is completely new territory. Since no one has ever viewed lung sounds as a cause of disease, they have not been investigating it. It’s a paradigm shift for a field that has a 200-year history with the stethoscope.

Experimental models need to be designed to include measurement of injury, from cellular to whole organ level, along with measurement of sound. Our research group in collaboration with Shuichi Takayama, a former U-M professor of biomedical engineering now at Georgia Tech, has done that for crackles in microfluidic platforms, but that is just a beginning.

In any case, the goal of stopping the sounds by more aggressive treatment may evolve.

Grotberg’s study is published online in Annals of the American Thoracic Society. It will be printed in a forthcoming issue.