In search of the ninth planet 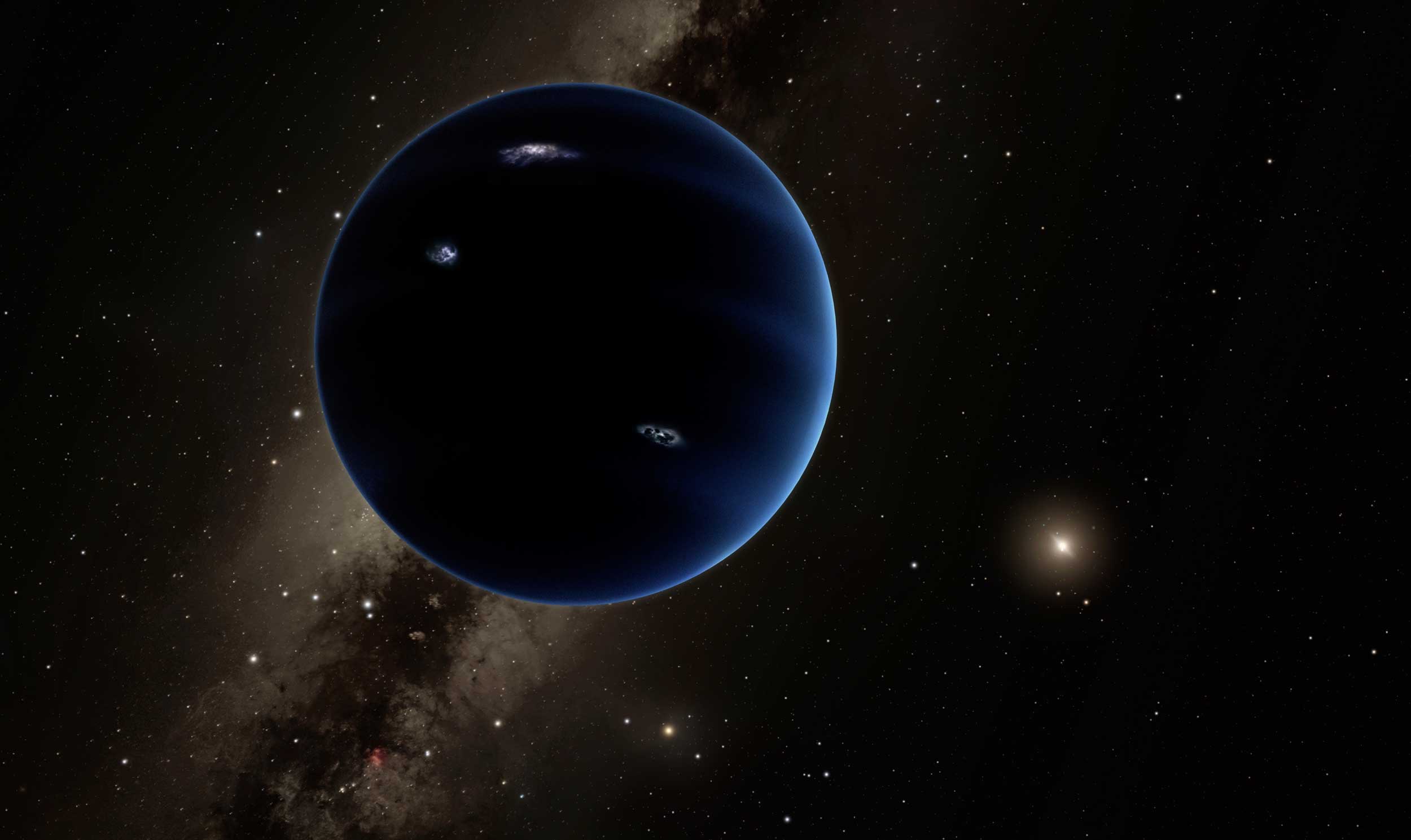 ANN ARBOR—A University of Michigan doctoral student has logged two pieces of evidence that may support the existence of a planet that could be part of our solar system, beyond Neptune.

Some astronomers think this alleged planet, called Planet Nine, exists because of the way some objects in space, called “Trans-Neptunian Objects,” or TNOs, behave. These TNOs are rocky objects smaller than Pluto that orbit the sun at a greater average distance than Neptune. But the orbits of the most distant of these TNOs—those whose average distance from the sun is more than 250 times as far as Earth’s distance—seem to point in the same direction. This observation first led astronomers to predict the existence of Planet Nine.

For these TNOs to be aligned in the orbits they currently occupy because of Planet Nine’s influence, astronomers say, they would have been in the solar system for longer than a billion years. However, some astronomers think in that amount of time, some of these objects should have either smashed into another planet, been thrown into the sun, or ricocheted off into space by other planets’ gravitational force.

The U-M research, led by Juliette Becker, a graduate student in the Department of Astronomy, consisted of a large set of computer simulations, which uncovered two findings about these TNOs. First, the researchers established a version of Planet Nine that would most likely cause our solar system to look the way it currently does, by preventing the TNOs from being destroyed or thrown out of the solar system. Second, the simulations predict that there is a process that they call “resonance hopping” by which a TNO jumps between stable orbits. This process can prevent the TNOs from being ejected from the solar system.

In each individual simulation, the researchers tested different versions of Planet Nine to see whether that version of the planet, with its gravitational forces, resulted in the same version of the solar system we see today.

The group, which includes U-M physics professors David Gerdes and Fred Adams as well as graduate student Stephanie Hamilton and undergraduate Tali Khain, also examined the resonance of these TNOs with Planet Nine. An orbital resonance occurs when objects in a system periodically exert gravitational forces upon each other that cause the objects to line up in a pattern.

In this case, the researchers found that occasionally, Neptune will bump a TNO out of its orbital resonance, but instead of sending that TNO skittering into the sun, out of the solar system or into another planet, something catches that TNO and confines it into a different resonance.

“The ultimate goal would be to directly see Planet Nine—to take a telescope, point it at the sky, and see reflected light from the sun bouncing off of Planet Nine,” Becker said. “Since we haven’t yet been able to find it, despite many people looking, we’re stuck with these kinds of indirect methods.”

Astronomers also have another newly discovered TNO to include in their indirect methods of detecting Planet Nine. The Dark Energy Survey collaboration, a large group of scientists including several U-M scientists, has discovered another TNO that has a high orbital inclination compared to the plane of the solar system: it is tilted about 54 degrees relative to the solar system’s plane.

In an analysis of this new object, Becker and her team have found that this object experiences resonance hopping as well in the presence of Planet Nine, showing that this phenomenon extends to even more unusual orbits.

This work was supported by National Science Foundation. Becker and Hamilton are also supported by the NSF Graduate Research Fellowship Grant.

The Dark Energy Survey is a collaboration of more than 400 scientists from 26 institutions in seven countries. Its primary instrument, the 570-megapixel Dark Energy Camera, is mounted on the 4-meter Blanco telescope at the National Optical Astronomy Observatory’s Cerro Tololo Inter-American Observatory in Chile, and its data are processed at the National Center for Supercomputing Applications at the University of Illinois at Urbana-Champaign.

Funding for the DES Projects has been provided by the U.S. Department of Energy Office of Science, the U.S. National Science Foundation, the Ministry of Science and Education of Spain, the Science and Technology Facilities Council of the United Kingdom, the Higher Education Funding Council for England, ETH Zurich for Switzerland, the National Center for Supercomputing Applications at the University of Illinois at Urbana-Champaign, the Kavli Institute of Cosmological Physics at the University of Chicago, the Center for Cosmology and Astro-Particle Physics at the Ohio State University, the Mitchell Institude for Fundamental Physics and Astronomy at Texas A&M University, Financiadora de Estudos e Projetos, Fundação Carlos Chagas Filho de Amparo à Pesquisa do Estado do Rio de Janeiro, Conselho Nacional de Desenvolvimento Científico e Tecnológico and the Ministério da Ciência e Tecnologia, the Deutsche Forschungsgemeinschaft and the collaborating institutions in the Dark Energy Survey, the list of which can be found at darkenergysurvey.org/collaboration.