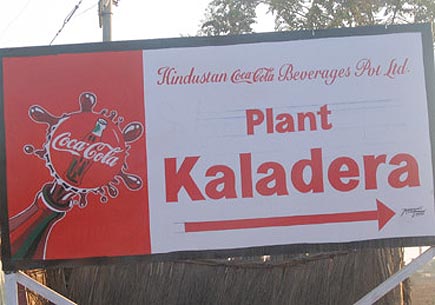 Aneel Karnani, associate professor of strategy at the U-M Stephen M. Ross School of Business, says that when a common-pool resource is left without any enforced property rights, it results in degradation and destruction of the resource.

Karnani uses an in-depth case study to make his point—groundwater use by Coca-Cola Co. at its Kaladera plant in the state of Rajasthan in India. The groundwater level in Kaladera has dropped significantly from 9 to 39 meters below ground in the last 20 years.

The plant operates four bore wells that are 100 meters deep. In its early years of operation, the plant withdrew about 200,000 cubic meters of groundwater per year. In recent years, the company has reduced its water usage to about 100,000 cubic meters annually, or about 0.2 percent of total water extraction.

Even at current levels, however, Coca-Cola is one of the largest users of groundwater in the Kaladera area, Karnani says.

In 2008, the nonprofit Energy and Resources Institute conducted an independent audit of the cola manufacturer’s Kaladera plant and outlined four alternatives to help conserve water—all rejected by the company.

Coca-Cola says the Kaladera plant’s water consumption is minimal and has little impact on the local groundwater regime. It also says it has built rainwater harvesting structures around Kaladera that recharge the groundwater aquifers with 15 times the volume of the water extracted by the plant.

Karnani’s research refutes those claims. “Moreover, according to the government policy the priorities for water use are drinking, agriculture, power generation and industrial, in that order,” he said. “This would further reduce Coca-Cola’s ‘entitlement’ of water.”

He also mentions it is difficult to calculate the amount of rainwater harvested by Coca-Cola. The company showed him a recharge shaft that was in good shape, but he found no evidence to support the company’s claim that it recharges 15 times the amount of water it withdraws.

“The company is behaving like most profit-maximizing firms,” Karnani said. “It is just unrealistic to expect companies to help solve common-pool resource problems through voluntary corporate social responsibility.

“The ultimate solution is government regulation. Its greatest appeal is that it is binding. Government has the power to enforce regulation. Even with its faults, governments are a far more effective protector of the public good than any campaign for corporate social responsibility,” Karnani said.