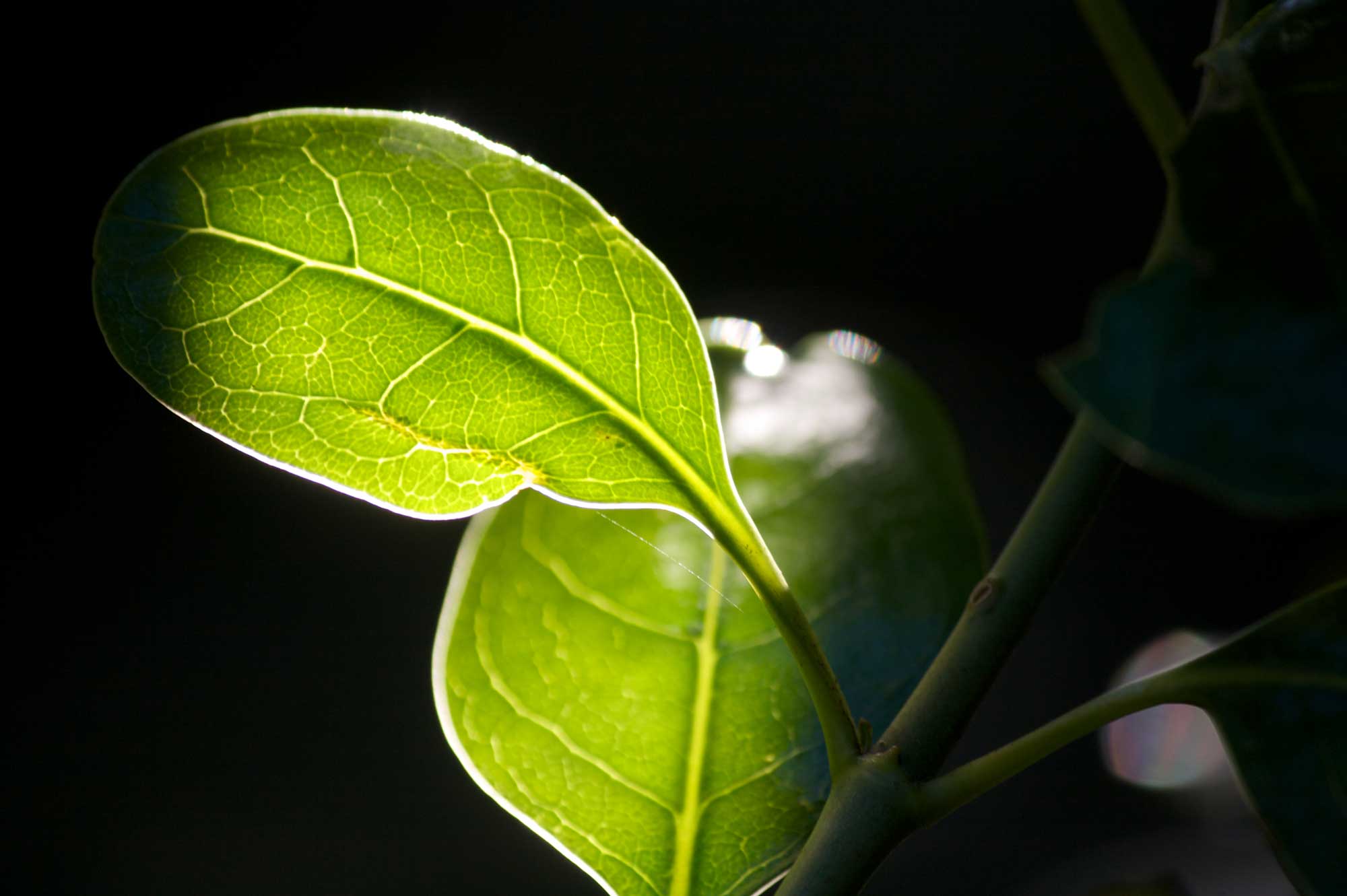 ANN ARBOR—Photosynthesis has driven life on this planet for more than 3 billion years—first in bacteria, then in plants—but we don’t know exactly how it works.

Now, a University of Michigan biophysicist and her group have been able to image the moment a photon sparks the first energy conversion steps of photosynthesis.

In photosynthesis, light strikes colored molecules that are embedded within proteins called light-harvesting antenna complexes. These same molecules give trees their beautiful fall colors in Michigan. From there, the energy is shuttled to a photosynthetic reaction center protein that starts to channel energy from light through the photosynthetic process. The end product? Oxygen, in the case of plants, and energy for the organism.

“In photosynthesis, the basic architecture is that you’ve got lots of light-harvesting antennae complexes whose job is to gather the light energy,” Ogilvie said. “They’re packed with pigments whose relative positions are strategically placed to guide energy to where it needs to go for the first steps of energy conversion.”

The differently colored pigments wrestle with different energies of light and are adapted to gather the light that is available to the bacteria. Photons excite the pigments, which triggers energy transfer in the photosynthetic reaction centers.

“The antennae take solar energy and create a molecular excitation, and in the reaction center, the excitation is converted to a charge separation,” Ogilvie said. “You can think of that kind of like a battery.”

But it is this moment—the moment of charge separation—that scientists do not yet have clearly pictured. Ogilvie and her team were able to take snapshots to capture this moment, using a state-of-the-art “camera” called two-dimensional electronic spectroscopy.

In particular, Ogilvie and her team were able to clearly identify a hidden state, or energy level. This is an important state to understand because it’s key to the initial charge separation, or the moment energy conversion begins during photosynthesis. They were also able to witness the sequence of steps leading up to charge separation.

The finding is a particular achievement because of how impossibly quickly this energy conversion takes place—over the span of a few picoseconds. Picoseconds are one trillionth of a second, an unimaginable timescale. A honey bee buzzes its wings 200 times a second. The first energy conversion steps within purple bacteria take place before the bee has even thought about the downward push of its first flap.

“From x-ray crystallography, we know the structure of the system very well, but taking the structure and predicting exactly how it works is always very tricky,” Ogilvie said. “Having a better understanding of where the energy levels are will be very helpful for establishing the structure-function relationships of these photosynthetic reaction centers.”

In addition to contributing to unraveling the mystery of photosynthesis, Ogilvie’s work can help inform how to make more efficient solar panels.

“Part of my motivation for studying the natural photosynthetic system is there is also a need to develop more advanced technology for harvesting solar energy,” Ogilvie said. “So by understanding how nature does it, the hope is that we can use the lessons from nature to help guide the development of improved materials for artificial light harvesting as well.”