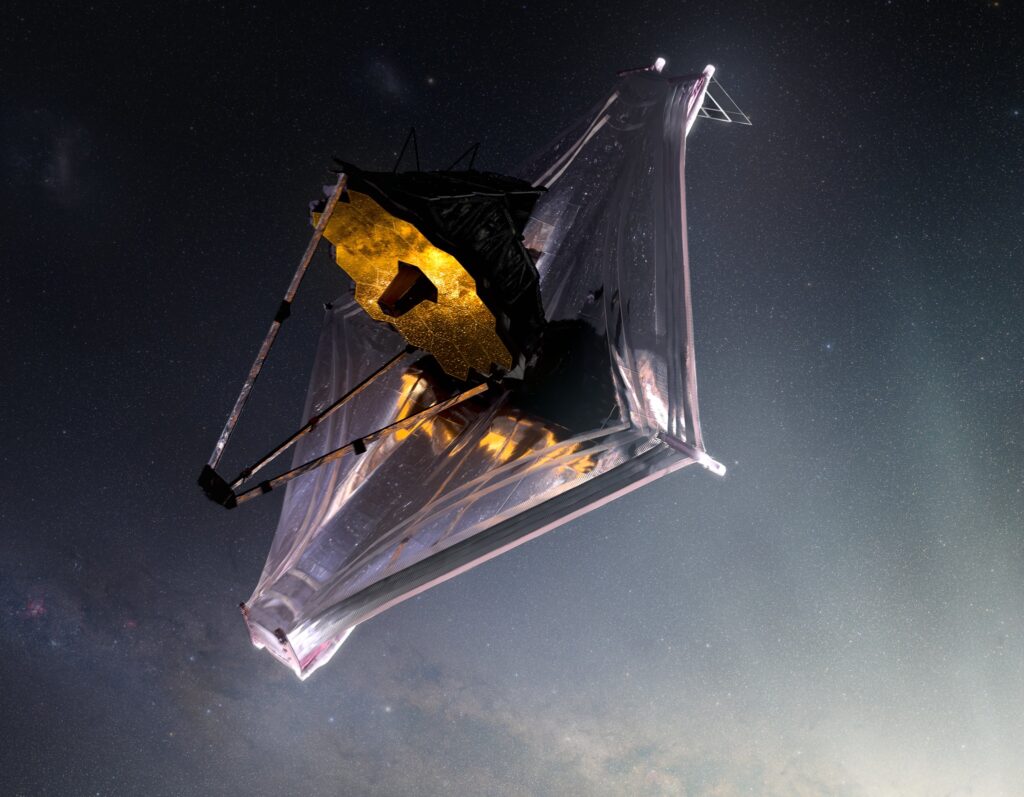 More than two weeks after the James Webb Space Telescope’s launch on Christmas Day, the telescope has traveled more than 700,000 miles from Earth. JWST has successfully deployed its secondary mirror, a key element of the telescope’s optics. Next, JWST will unfold its primary mirror segments.

U-M astronomer Michael Meyer says that observing the telescope’s transformation has been fascinating.

“In the last week, the team has learned a great deal about the spacecraft that they couldn’t have uncovered during testing on the ground. As a result, the tensioning of the sunshield was delayed in order to examine the power subsystems and motors in more detail. Anticipating such occurrences, a flexible plan was developed in order to adapt as things proceed. And that strategy seems to be paying off.

“So far, the deployment of JWST has been a spectacular success. There have been a few nerve-wracking moments, but the daily reports have been welcome good news in these uncertain times. A dedicated team of engineers is going through the to-do list, item by item: There is still a ways to go, but so far, so great.”