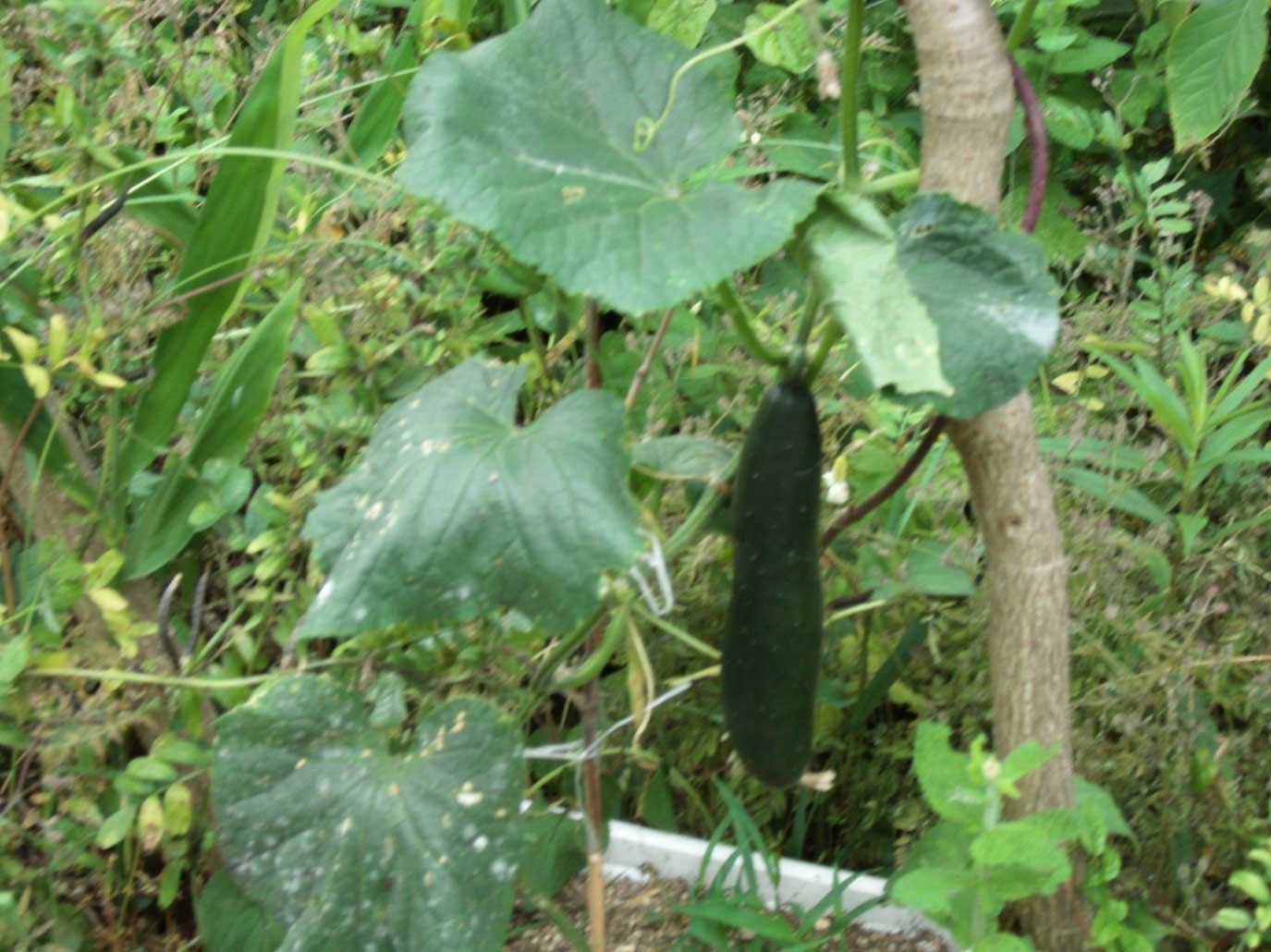 A cucumber dies on the vine in a garden that is off limits now because of radiation contamination from the Fukushima Daiichi Nuclear PlantANN ARBOR—The overripe cucumber dangles from a vine in a photo snapped by a woman who survived the earthquake and tsunami that ravaged northeastern Japan.

It’s a mundane picture for most people. But for the woman, it’s a powerful image that makes her cry. It reminds her that she can’t tend to her beloved garden, now contaminated by the nuclear disaster caused by the natural catastrophes.

The photograph is just one of hundreds taken by quake survivors who were given cameras and asked to document scenes from their lives—an activity that aims to help them recover from the horrors and hardships of the devastation.

The pictures are special—and often poignant and heartbreaking—because little has been reported from the perspective of the very people whose lives were disrupted by the disaster.

The ongoing project, called PhotoVoice, is being conducted by Mieko Yoshihama, a professor of social work at the University of Michigan who has spent many months in the quake zone since the March 11 disaster. Her work is an example of “participatory action research” aimed at engaging the very individuals affected by the problem to advocate for change. 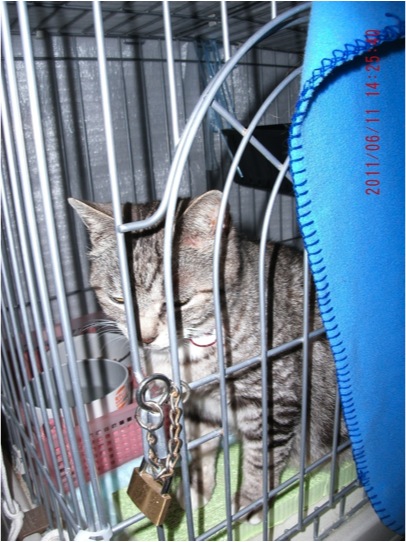 A quake survivor’s cat is locked in a cage at an evacuation center in Fukushima Prefecture.The project, funded by Oxfam Japan and U-M’s Center for Japanese Studies, is part of Rise Together: Women’s Network for East Japan Disaster, a national network of women’s organizations and concerned citizens working to promote gender-informed disaster-response.

Yoshihama said it’s important to remember that rebuilding after a disaster isn’t just about “physical things” such as infrastructure.

“Emotional well-being, community well-being are important, too,” she said.

After the quake victims take pictures of their world, they meet in groups to discuss the images, with Yoshihama or other professionals facilitating the conversation.

The photos help people recover because they enable them to better examine their lives and share their feelings of loss, suffering and hope, Yoshihama said. Participants begin to see “social” meanings of what they thought was personal, and many become interested in sharing their experiences with the outside, she said. They seek to make changes to better their life conditions or to prevent future incidents.

“This project can give them a voice,” she said.

Examples of photos include one of a gray cat locked up in a small metal crate, expressing the photographer’s sense of being trapped. Another shows male victims—bored and jobless—with vacuum cleaners tidying up an evacuation center, an example of how strange post-quake life has become in a country where men usually avoid housework. 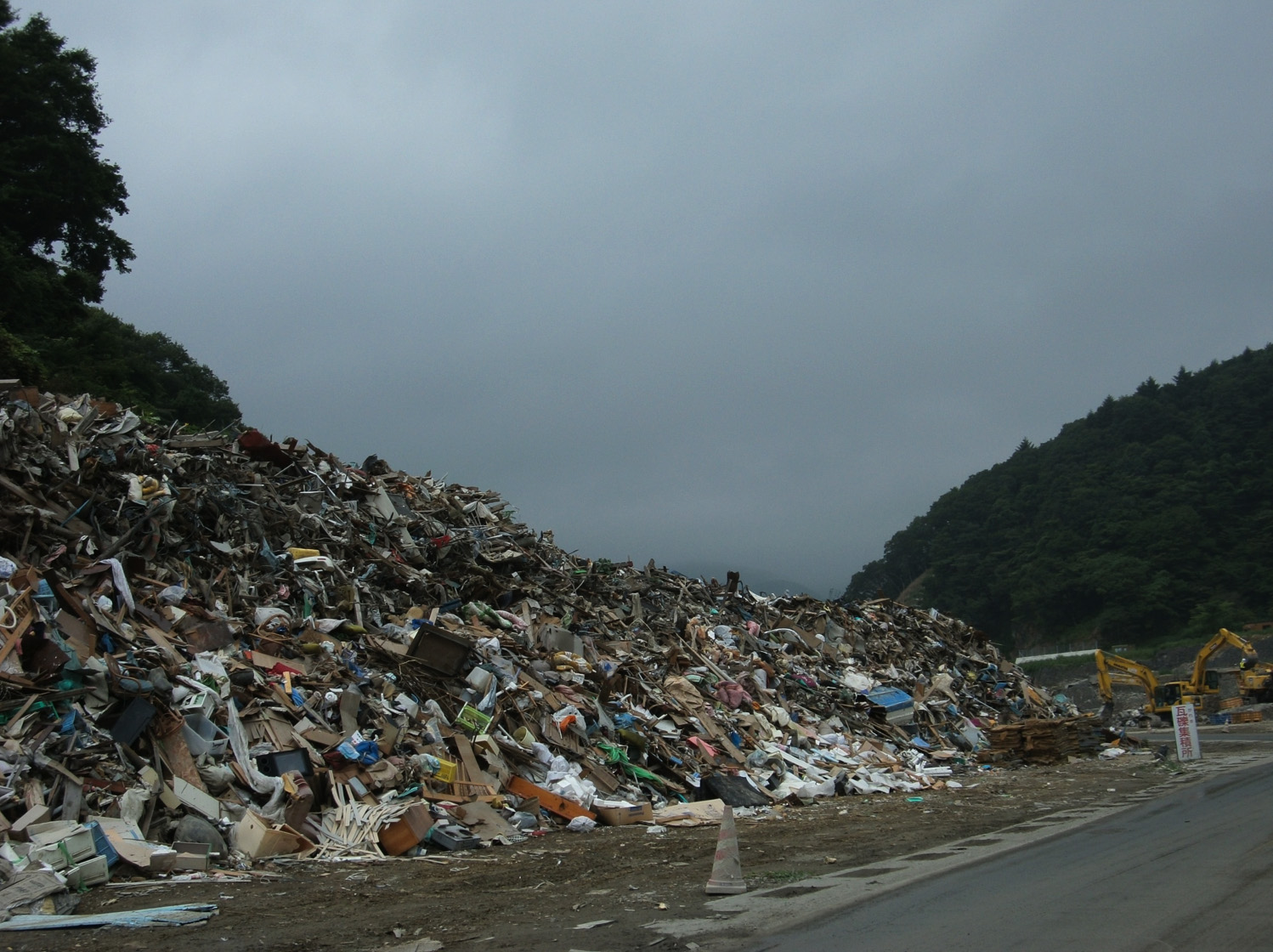 Debris from the tsunami disaster is piled high in a hard-hit coastal town in Miyagi Prefecture.One image shows mountains of debris piled up where houses used to be. The photographer said the scene has a spirit-crushing effect on the survivors and that the rebuilding process needed to be done with greater sensitivity to their feelings.

“It pretty much tells them they can’t go home,” Yoshihama said.

Often, people realize they share common concerns and that they are not as isolated as they thought, she said. Sometimes the meetings lead to solutions and goals or they inspire campaigns to tackle a problem.

One such effort is policy advocacy, educating policymakers and administrators as well as demanding more effective disaster response. Yoshihama and other researchers are currently working with PhotoVoice participants toward this. It’s an example of how social science research can lead to changes in real life conditions, even policy change.