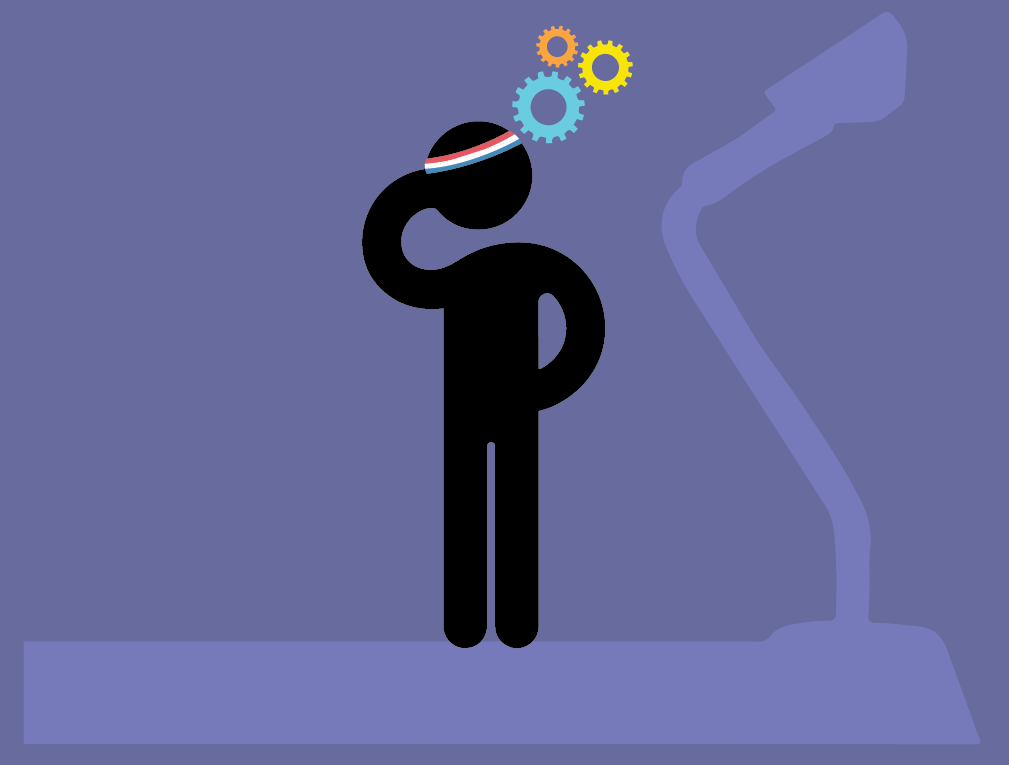 But other types of thinking, such as switching tasks and checking immediate impulses, also called inhibition, are the same whether sitting or standing.

In the study, researchers at the U-M School of Kinesiology assessed response time and accuracy of three components of executive function during sitting, standing and walking at two different speeds. The results showed that only working memory was slightly negatively impacted when walking, but inhibition and task shifting didn’t vary across the workstations.

“We think treadmill work desks are a feasible solution to promote employee health by reducing sedentariness during the work day,” said lead author Zhanjia Zhang, a doctoral student in the lab of Weiyun Chen, associate professor of kinesiology. “We’re not saying that employees should use a treadmill desk all of the time, but that employees should choose the right type of task so walking won’t impair efficiency.”

Roughly 46 percent of people spend most of the workday sitting, and studies have shown that walking 1 mph burns well over twice as many calories as sitting for the same time period––191 calories versus 72 calories per hour, respectively.

A person must cut 3,500 calories to lose one pound, so if treadmill desks were widely adopted in the workplace, they could have a positive impact on weight loss. Obesity is a major public health problem in the US, with roughly two-thirds of adults and one-third of children either overweight or obese.

In the study, 24 participants completed the different cognitive tests while sitting, standing and walking at a self-imposed pace of roughly 1.4 mph and a faster pace of 2.1 mph. Working memory was slightly impaired during the test where participants had to recall numbers they’d just been shown in a series.

The biggest difference between the U-M study and other treadmill desk research is that this study compared different measures of executive functions and used two different walking speeds.

Zhang said if a treadmill desk feels too unstable, a standing desk is also a better option than sitting, and burns more calories because people tend to fidget. Unlike standing desks, treadmill desks haven’t been widely adopted by employers because they’re expensive and often loud, he said.

The study appears online in PLOS One. Its two main study limitations are its small sample size and lack of long-term data. Other authors include Bing Zhang and Chunmei Cao of Tsinghua University in Beijing.