Key to predicting future climate: Look back millions of years 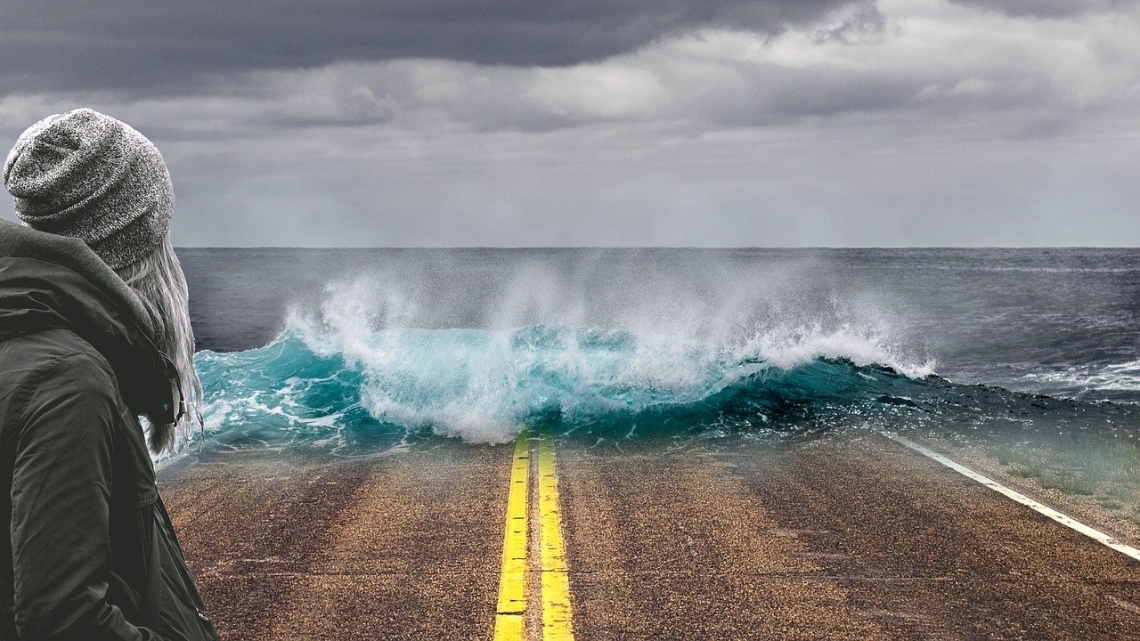 An international team of climate scientists, including two from the University of Michigan, suggests that researchers using numerical models to predict future climate change should include simulations of past climates when evaluating model performance.

“We urge the climate model developer community to pay attention to the past and actively involve it in predicting the future,” said Jessica Tierney, the paper’s lead author and an associate professor in the University of Arizona’s Department of Geosciences. “If your model can simulate past climates accurately, it likely will do a much better job at getting future scenarios right.”

As more and better information becomes available about climates in Earth’s distant history, reaching back many millions of years before humans existed, past climates become increasingly relevant for improving our understanding of how key elements of the climate system are affected by greenhouse gas levels, according to the study published Nov. 6 in the journal Science.

Unlike historic climate records, which typically only go back a century or two—a mere blink of an eye in the planet’s climate history—paleoclimates cover a vastly broader range of climatic conditions that can inform climate models in ways historic data cannot. These periods in Earth’s past span a large range of temperatures, precipitation patterns and ice sheet distribution.

Looking to the past to inform the future could help narrow uncertainties surrounding projections of changes in temperature, ice sheets, and the water cycle
Jessica Tierney

“Looking to the past to inform the future could help narrow uncertainties surrounding projections of changes in temperature, ice sheets, and the water cycle,” Tierney said.

Typically, climate scientists evaluate their models with data from historical weather records, such as satellite measurements, sea surface temperatures, wind speeds, cloud cover and other parameters. The model’s algorithms are then adjusted and tuned until their predictions mesh with the observed climate records. Thus, if a computer simulation produces a historically accurate climate based on the observations made during that time, it is considered fit to predict future climate with reasonable accuracy.

“Models tend to simulate the historic climate well but don’t do well for past climates that were much colder or warmer,” said study co-author Chris Poulsen, a professor in the U-M Department of Earth and Environmental Sciences.

“This is troubling if the models are used to predict future climates that will be well outside the historic climate range,” Poulsen said.

Previous work by Poulsen and his former postdoctoral researcher Jiang Zhu, a co-author of the Science paper who is now at the National Center for Atmospheric Research, showed that one reason for the discrepancies are differences in how models compute the effect of clouds, which is one of the great challenges in climate modeling. Models diverge in terms of what climate scientists call climate sensitivity, a measure of how strongly the Earth’s climate responds to a doubling of greenhouse gas emissions.

Several of the latest-generation models that are being used for the next report by the Intergovernmental Panel on Climate Change (IPCC) have a higher climate sensitivity than previous iterations.

“The higher climate sensitivity means that the newer models produce more global warming in response to a doubling of carbon dioxide emissions than their prior counterparts,” Poulsen said. “The question is: Which iteration is closest to the truth?”

In between IPCC reports, which typically are released every eight years, climate models are being updated in response to the latest research and data.

“With each generation, climate models are becoming more complex, but that doesn’t necessarily mean they are better able to predict the correct climate response to increases in atmospheric carbon dioxide,” said study co-author Sierra Petersen, an assistant professor in the U-M Department of Earth and Environmental Sciences.

“The only way to assess the abilities of these models is to test whether they can reproduce past temperature data from periods of past warmth and cold,” Petersen said.

While there is no debate in the climate science community about human fossil fuel consumption pushing the Earth toward a warmer state for which there is no historical precedent, different models generate varying predictions. Some forecast an increase as large as 6 degrees Celsius by the end of the century.

Tierney said that while Earth’s atmosphere has experienced carbon dioxide concentrations much higher than today’s level of about 400 parts per million, there is no time in the geological record that matches the speed at which humans are contributing to greenhouse gas emissions.

In the paper, the authors applied climate models to several known past climate extremes from the geological record. The most recent warm climate offering a glimpse into the future occurred about 50 million years ago during the Eocene Epoch, Tierney said. Global carbon dioxide was at 1,000 parts per million at that time, and there were no large ice sheets.

“If we don’t cut back emissions, we are headed for Eocene-like CO2 levels by 2100,” Tierney said.

The authors discuss climate changes all the way to the Cretaceous Period, about 90 million years ago, when dinosaurs ruled the Earth. That period shows that the climate can get even warmer, a scenario that Tierney described as “even scarier,” with carbon dioxide levels up to 2,000 parts per million and the oceans as warm as a bathtub.

“Past greenhouse intervals like the Eocene and the Cretaceous, when CO2 was very high, give a glimpse of what we could be headed for,” said U-M’s Petersen.

Some models are much better than others at producing the climates seen in the geologic record, which underscores the need to test climate models against paleoclimates, the authors said. In particular, past warm climates such as the Eocene highlight the role that clouds play in contributing to warmer temperatures under increased carbon dioxide levels.

“We urge the climate community to test models on paleoclimates early on, while the models are being developed, rather than afterwards, which tends to be the current practice,” Tierney said. “Seemingly small things like clouds affect the Earth’s energy balance in major ways and can affect the temperatures your model produces for the year 2100.”