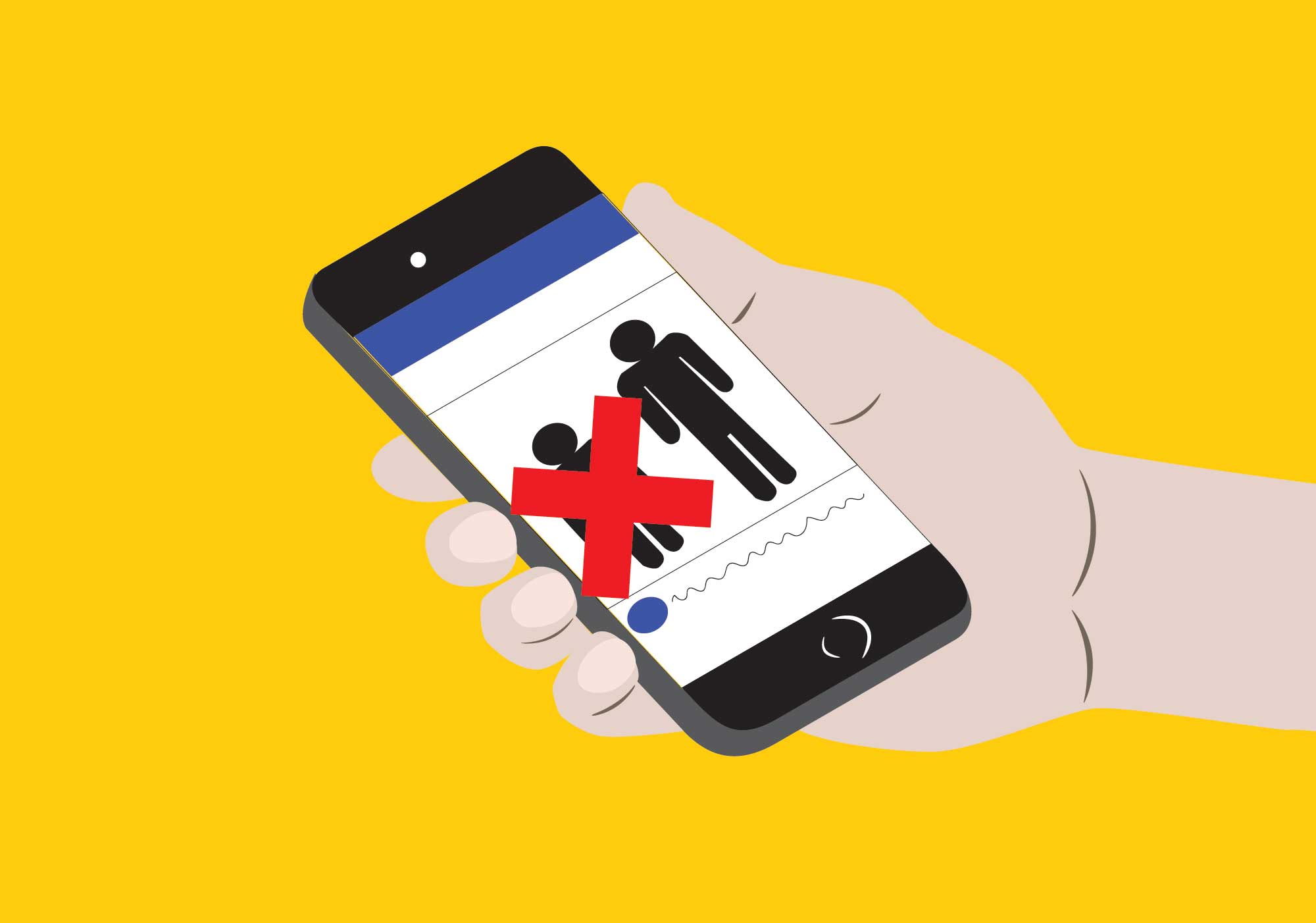 Illustration of a hand holding a cell phone with a Facebook screen. Image Credit: Nathanael RiegerANN ARBOR—Soccer games, family vacations and reports of good grades are OK for social media sharing. Posts with baby photos or references to punishments and significant others—not so much.

This is what children said when asked what their parents can share about them online, according to research from the University of Michigan School of Information.

The researchers surveyed 331 pairs of parents and children about what personal information parents should and should not share about their children on social media sites. The children, ages 10-17, described a range of preferences about what parents may disclose about them.

“You might expect that children don’t want their parents to share anything about them on social media but that’s not what we found,” said lead author Carol Moser, a doctoral student at U-M’s School of Information. “Children are OK with their parents posting about certain things, and not just praise for good grades and sports achievements, but also posts that simply reflect a happy home life.”

The study also examined both parent and child perceptions about how much parents share. In other words, do children think their parents over share and do parents agree?

Contrary to expectations, both parents and children felt that the frequency of parent sharing was “about right.” However, children wanted more agency over what is said about them.

The researchers advise parents who wonder when it’s OK to post to simply ask their children.

“It’s easy to forget that the family and the home are considered private spaces in the U.S. and that family members need to respect one another’s privacy,” said co-author Sarita Schoenebeck, assistant professor at the U-M School of Information. “While teenagers can do things that are charming, funny, frustrating and sometimes enraging, parents should be thoughtful about whether that is appropriate content for sharing on social media.”

The researchers suggest that technology companies could try different approaches to support families: a site could allow children to give feedback to their parents privately via a rating scale that indicates whether they liked the content or not.

Sites also could “learn” child preferences over time to provide automated guidance to parents. For example, if a parent shares a photo of a teen and her boyfriend that was considered embarrassing, the system might prompt the parent to reconsider or ask permission before sharing another photo of the couple.

The study will be presented May 10 at the Association for Computing Machinery’s conference on Human Factors in Computing Systems in Denver. The research was supported by the National Science Foundation Grant HCC – 1318143.