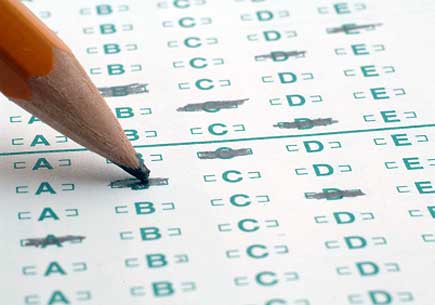 ANN ARBOR—Lead exposure in early childhood has been linked to lower performance on state achievement tests for many Detroit Public School students in several grades, researchers from the University of Michigan School of Public Health and colleagues report.

The researchers also found lower scores for children who had been exposed to lead at levels below the federal threshold.

In a paper to be published in the March issue of the American Journal of Public Health, the researchers found a strong relationship between lowered math, science and reading scores on the Michigan Education Assessment Program tests and elevated blood lead levels. High blood lead levels before age 6 were associated with poor academic achievement in elementary and junior high students.

Further, the researchers found that the higher the blood lead levels, the lower the scores, said lead author Nanhua Zhang, who currently is at the Department of Epidemiology and Biostatistics at the University of South Florida, but who conducted the research as a doctoral candidate at the U-M School of Public Health.

“We can clearly see a dose-response relationship. The higher the lead level in the blood, the lower the academic scores,” said Zhang, who conducted the research as a member of STATCOM (Statistics in the Community), a student-led organization that provides pro-bono statistical consulting for governmental and nonprofit organizations.

“Even when factoring in grade level, gender, race, language, maternal education and socioeconomic status, we still found a significant impact of the blood lead level on the probability of scoring low on the tests.”

The team also found cognitive impairment with much lower blood lead levels than the current federal reference level. In May 2012, the Centers for Disease Control changed the standard to identify children with blood lead levels that are much higher than most children’s levels from 10 micrograms per deciliter to 5 mcg/dL.

“In reality, there is no well-documented threshold for acceptable levels of lead in the body, and our research shows that in amounts as small as 2-5 micrograms per deciliter, children had significant cognitive impairment,” said Michael Elliott, professor of biostatistics at the School of Public Health and a research professor at the Institute for Social Research.

“Our publication really is a document that shows the degree to which childhood lead exposure impacts cognitive function. It’s a real-world issue. These lowered test scores impact students’ ability to move forward in the educational system and on to higher education.”

The study linked lead testing surveillance records to MEAP data for 21,281 children who had a blood test prior to age 6 during the time period of 1990-2008. MEAP scores from 2008-10 were used for the study.

While some other studies have shown the effects of lead exposure on cognitive ability in young children, this one shows the impact on students in grades 3, 5 and 8.

The collaborative research team involved a number of Detroit leaders, including a member of the Detroit Public Schools administration and the Detroit Department of Health and Wellness Promotion.

Harolyn Baker, who represented the health department but now is director of the department of epidemiology and evaluation at Michigan’s Quality Improvement Organization, said that even though campaigns to raise awareness of lead dangers and abatement programs to reduce the threat of contamination have been successful in some areas, more work needs to be done.

Baker said continued investments in primary prevention such as lead testing, remediation and abatement to sustain success toward the elimination of childhood lead poisoning are needed. Further, investments in research and educational interventions for children who already have been exposed are needed to help them regain cognitive ground lost by lead exposure.

“What happens to the children who get exposed? This has been the missing component of the discussion—once a child has been exposed, what do you do to help him or her overcome?” Baker said. “Lead poisoning is preventable. It’s an area in public health that provides a clear pathway to solve the issue. It’s essential that we keep this issue on the education, public health, policy and community agendas.”